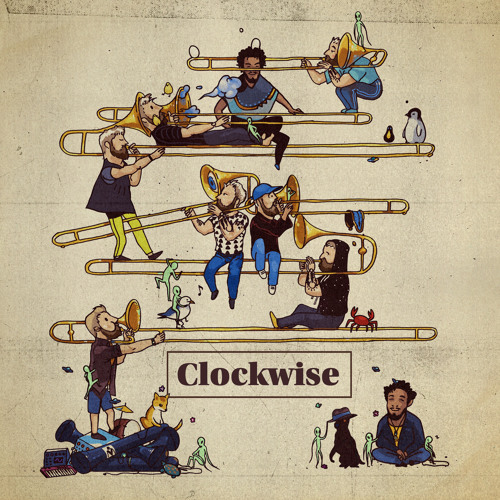 Alexander Lewis might have made big strides in 2017 but it definitely seems like 2018 is going to be his year. From releasing a fire remix Troyboi’s ‘‘ to having his track ‘March’ featured in the Philadelphia Eagles’ , everyone’s favorite trombonist is definitely making big moves. And now he’s back to release a brand new original track, ‘Clockwise‘, together with rapper and vocalist Nick Row.

“It’s every producers dream to sit down and create something effortlessly, know what you want it to sound like and what the end result is going to be. ‘Clockwise’ was that for me. After hearing the sample, I didn’t overthink – I just created. I knew I wanted it to feature my horn as a follow up to ‘March,’ and I knew the type vocals I wanted featured on it. I’m very happy and pleased with the end result. I hope you enjoy the third single to my project, ‘Clockwise’”

And effortless is what comes across when you hear Nick Row’s lyrics punctuated with Alexander Lewis’s signature horn sounds. A perfect blend flow and hype, this is the track to kick f your weekend with. He will be joining KRANE and Slumberjack this winter so definitely check him out if you get a chance. And in the meantime, give his awesome new track a listen below.