David Rodigan and Chinese Man will co-headline the party. Other sets will come from Dub Phizix & Strategy, Fixate, Skeptical, Rockwell and many others.

Read this next: Boomtown 2019: The best shots from the UK's rowdiest fair


As with previous events at Area 404, the party's dress code will adhere to a dystopic theme; costume ideas that have been suggested include "radioactive mutants, industrial hybrids, toxic zombies and wasteland scavengers."

For more information about the party, check out the event's Facebook page and the flyer below. You can grab tickets for the party here.

Read this next: When two sounds go to war: David Rodigan details his life as a sound clash king 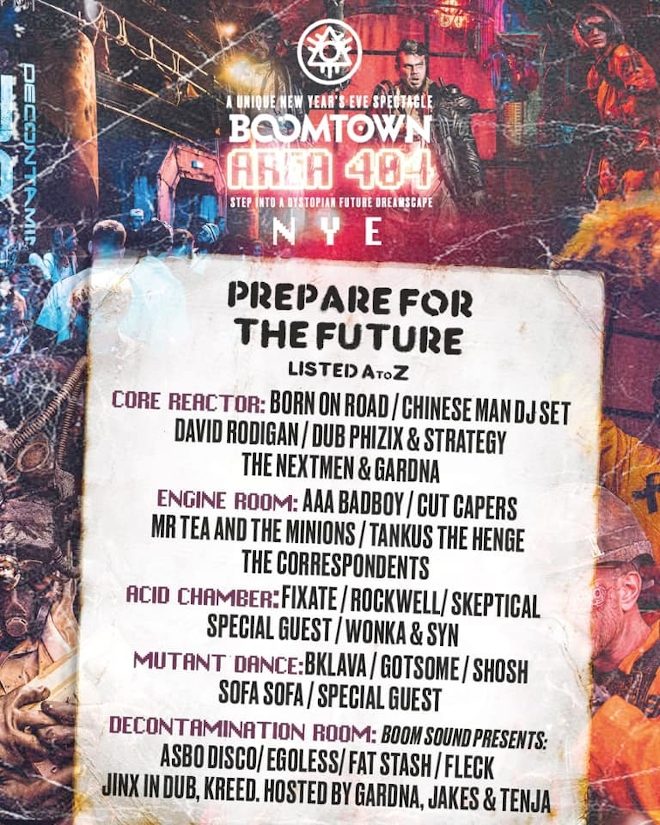