This fall, the Copa del Rave returns to Los Angeles for its second charity event at Evolve Project.


Copa del Rave was formed in April 2019, bringing together the global electronic music community a soccer tournament to raise money for various charity organizations. This fall's iteration will be raising money for the MusiCares Foundation, a Recording Academy charity organization focusing on providing an emergency safety net for financial, medical, and personal health issues for people in the music community. The money raised for this event will be saved for the electronic music community specifically. 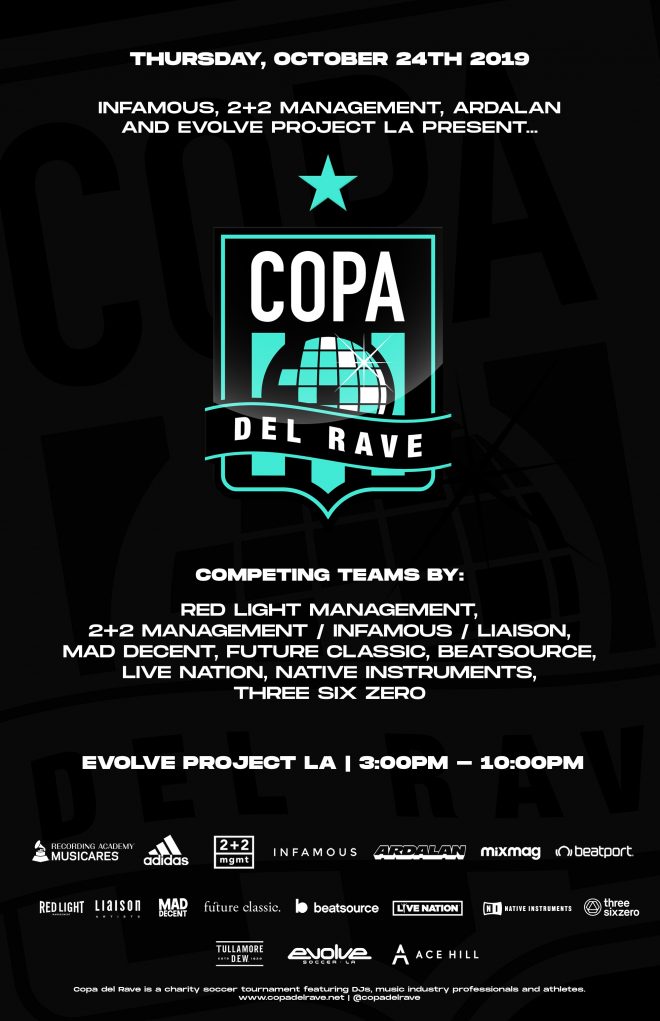