London festival GALA has announced its full music line-up for its 2020 festival, also its fifth birthday.

Read this next: GALA festival is fast becoming one of dance music’s happy places

Headlining the main stage will be NYC legend François K and Motor City Drum Ensemble on Saturday and Sunday respectively. Across the weekend, punters will be treated to sets from Move D, Nightmares on Wax, Jayda G, Andrew Weatherall, DEBONAIR, Gilles Peterson and many many more.

Read this next: Not dead: how punk inspires dance music’s innovators

The festival made an accompanying statement with the announcement, saying: ‘Despite 2019’s edition selling out several months in advance, we made a conscious decision not to increase capacity on site for next summer. Instead we felt it more fitting - given the DNA of GALA - to extend our time in the park’.

All concession stands will also be sourced from the local South London food scene. 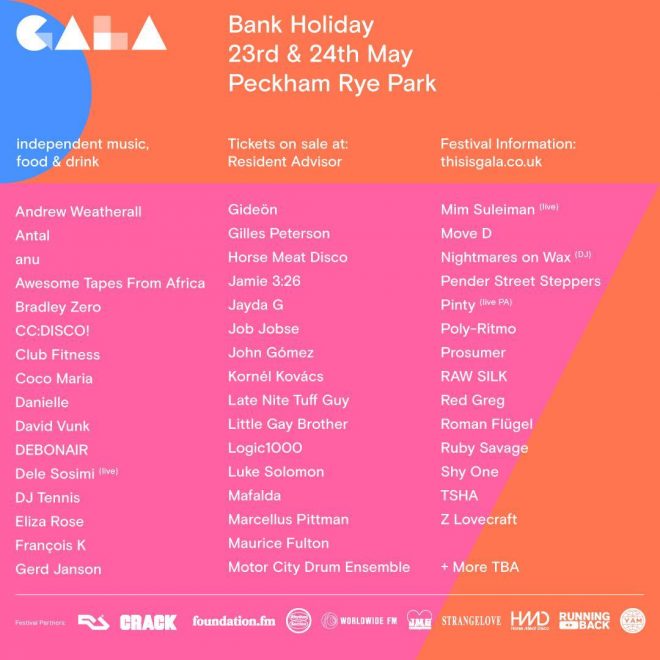