All My Friends festival, which landed in downtown Los Angeles for the first time last year, is back for round two.

This year, the two-day event has returned with a noticeably different vibe across its line-up, featuring none of the hip-hop, R&B and mainstream acts like Gucci Mane, Jhene Aiko and M.I.A. who took center stage during its debut year. Instead, 2019's edition will focus squarely on international house talents.

The 21+ event will return to its home at the Skylight ROW in downtown Los Angeles and tickets are on sale here.

See the full line-up below. 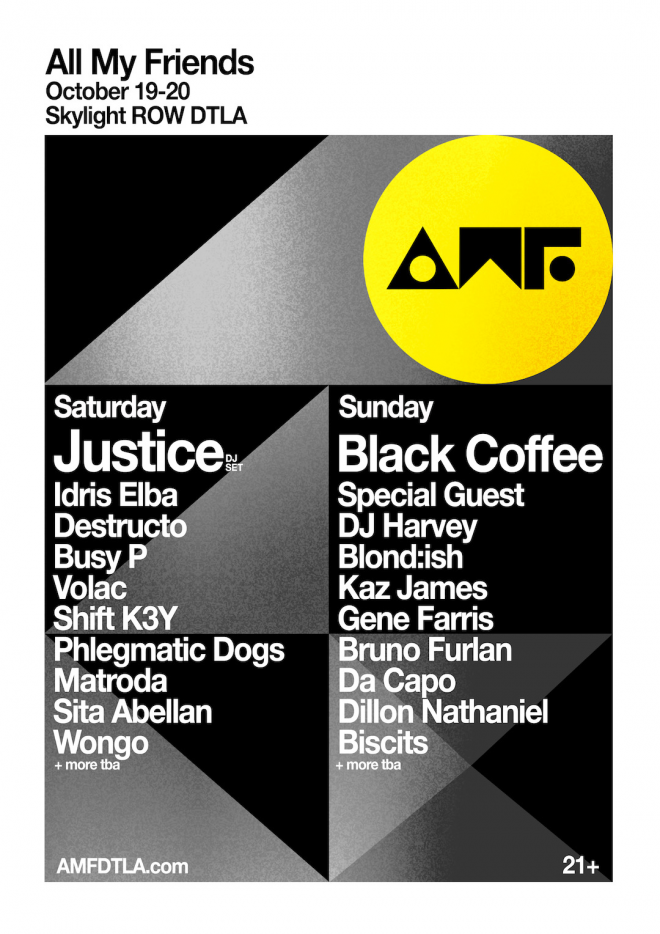 AMF Festival makes a promising, industrial debut in Los Angeles
All aboard! The debut of Friendship proves that love is alive at sea
How to see the best of Los Angeles' DIY music scene in 5 days
Get the best of Mixmag direct to your Facebook DMs