The vision behind Balance is for Cudmore, who has released acclaimed material on The Bunker NY, HNYTRX, Phonica White and Interdimensional Transmissions, to invite a collection of talented DJs he meets while touring the world to play in NYC. Now he has a platform to showcase artists he feels deserved the spotlight.

The first Balance session will take place Saturday, September 7, featuring the US debut of Vincent Neumann with support from Chicago's Shaun J. Wright.

Vincent Neumann is a psychotherapist by day and resident at one of the oldest clubs in Germany, Distillery, by night. Having been invited to play Berghain 16 times now, Neumann has built a reputation for bringing an infectious madness to the dancefloor. He's also the man behind the notorious Techno The Gathering account on Instagram.

Shaun J. Wright is an underground staple in his hometown of Chicago who has more recently been found DJing around the world. With over a decade as a creator, musician and artist, Wright came to prominence through his work with Hercules and Love Affair and the label Twirl he runs today with Alinka. Shaun is a champion of queer identity within dance music and outside of it.

View the event flyer below and look for more Balance events to be announced soon. 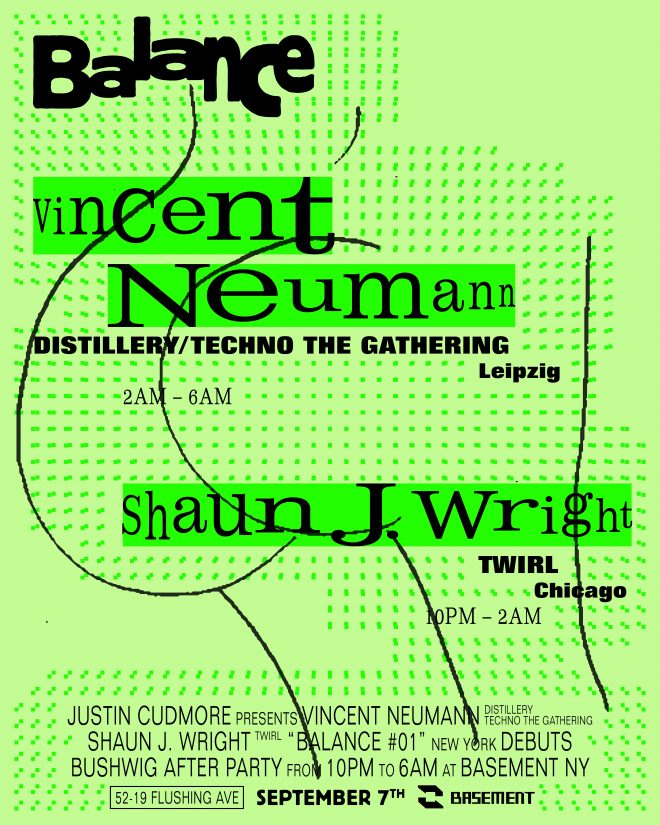