New Order have announced their only UK show of 2020 The arena date also marks the band’s first London show since 2018. It will follow the recently announced co-headline tour of North America with the Pet Shop Boys, which runs across September into early October.

Read this next: Man City's new away kit is styled on The Haçienda

Tickets for the O2 go on sale on February 28 at 9:30am, get them Ticketmaster. 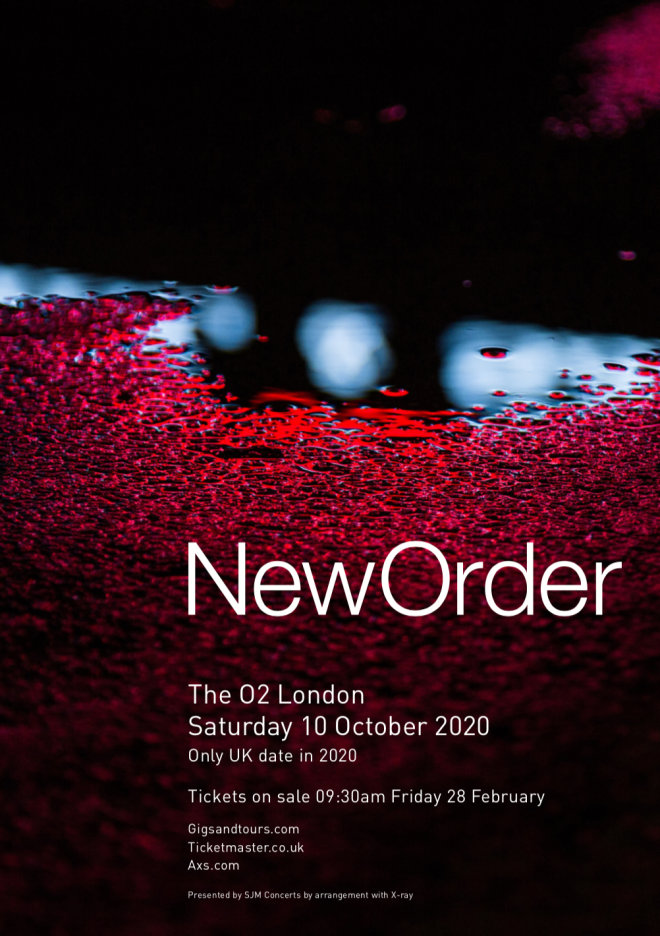