Nu soul legends Soul II Soul will go on a 'Club Classics' tour across the UK from October to November next year.

Read this next: Melissa Bell of Soul II Soul has passed away

"Who would have thought that after thirty-odd years later we’d still be on the road with this thing? It’s been a helluva journey – literally! – and I feel truly blessed," explains Jazzie B.

"Now, I’m looking forward to going back to some of the familiar venues where we’ve made a lot of friends, I’m just as pumped about testing out places we’ve never been before but I'm seriously excited about playing the Royal Albert Hall. I want to thank to the fullness everybody who’s given their support up until now, and I’ll see you along the way – a happy face, a thumpin’ bass for a lovin’ race." 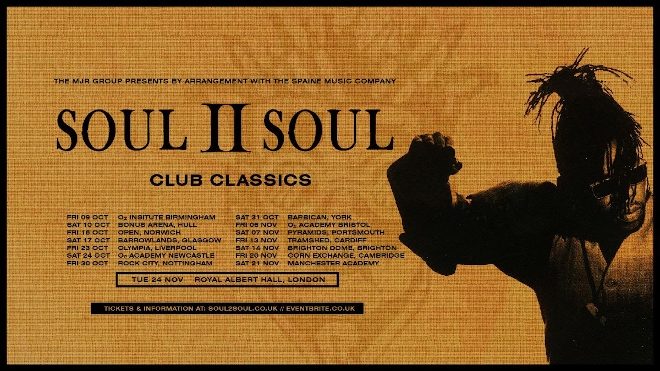