1385 UK arts and culture companies are set to receive a £257 million funding package, as part of a wider £1.57 billion funding package from the British Government’s Culture Recovery Fund. Originally announced in July, the fund came under criticism for focussing mainly on “high brow” arts organisations and venues such as the National Theatre, however the latest round of funding includes a wide variety of venues, festivals, and promoters.

Administered by the Arts Council England and distributed by the Department for Media, Culture, and Sport, the funding should provide some assurance as an increasing number of industry figures call on the British government to do more to protect a vital sector. Among those receiving funding in the dance music space are Mission Mars at £1 million, which will go towards their various concerns in Manchester including Gorilla, The Albert Hall, and The Deaf Institute, as well as Ministry Of Sound (London) at £975,000, Paradigm Agency, who represent a multitude of dance music artists at £967,000, Resident Advisor at £750,000, Motion (Bristol) at £884,000, Village Underground (London) at £398,000, The Warehouse Project (Manchester) at £343,000, and Mint Warehouse (Leeds) at £166,000, ensuring these events, venues, and outlets can continue to operate for the time being. It’s not just the well known names that are also receiving help either, with a number of technical and behind-the-scenes suppliers also set to receive help.

While this is only the first round of UK arts funding, with more promised in the coming days and weeks, it still remains unclear what this means for the wider industry, and what the end-game will be. Some of these companies have already made a majority of staff redundant, with freelancers and musicians increasingly having to turn to alternative work to make ends meet. The UK is leading the way in the hunt for a vaccine, with the Oxford Vaccine Group showing the biggest promise with over 30,000 successfully vaccinated so far as part of final Stage 3 trials, with a few hundred million doses already being manufactured by pharma-giant AstraZeneca. Yet it remains unclear exactly when this or indeed the multitude of other vaccines being developed world-wide will gain approval and roll-out, as a functioning long-term vaccine still looks like the only way the events industry will be able to resume normal service.

For a full list of those set to receive funding, along with the full individual amounts, see the document linked here. 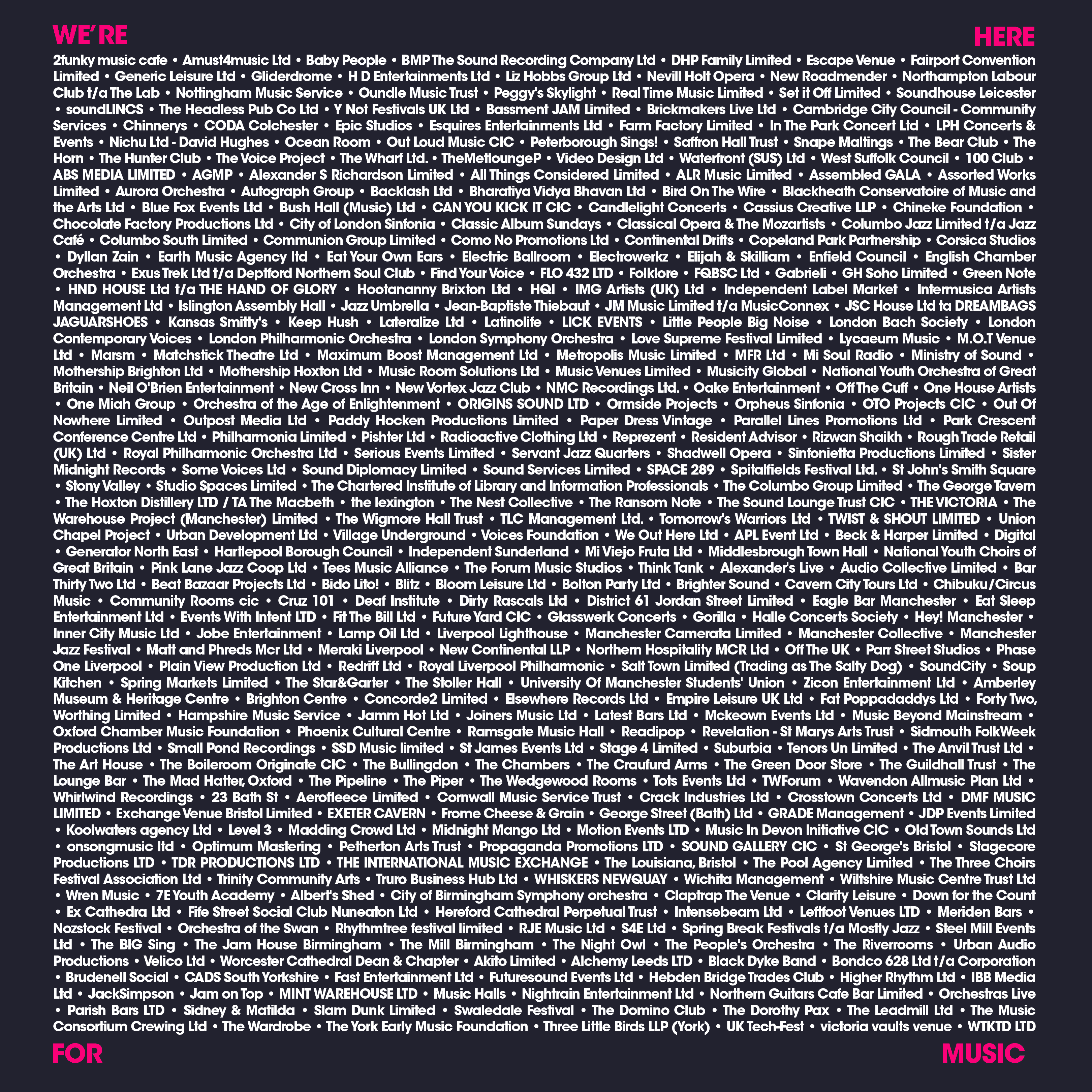