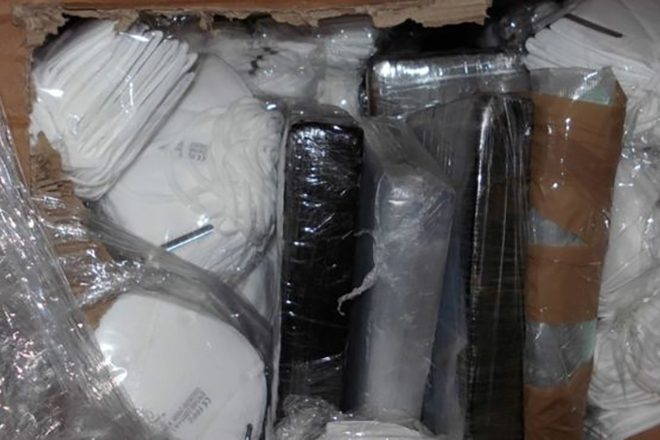 15 packages containing more than £1 million of cocaine have been seized by Border Force officials after being discovered in a shipment of protective face masks.

A 34-year-old Polish national, who was driving the van the 14kg find was discovered in, has been arrested and is being questioned.

Read this next: Insta-gram: How British cocaine dealers got faster and better

The investigation is now being handled by the National Crime Agency.

Darren Herbert, from the NCA’s Dover branch, said: "This seizure is further evidence of the way criminal networks are attempting to exploit the coronavirus outbreak to their own ends, covering this load of drugs with what would seem like vital protective equipment."