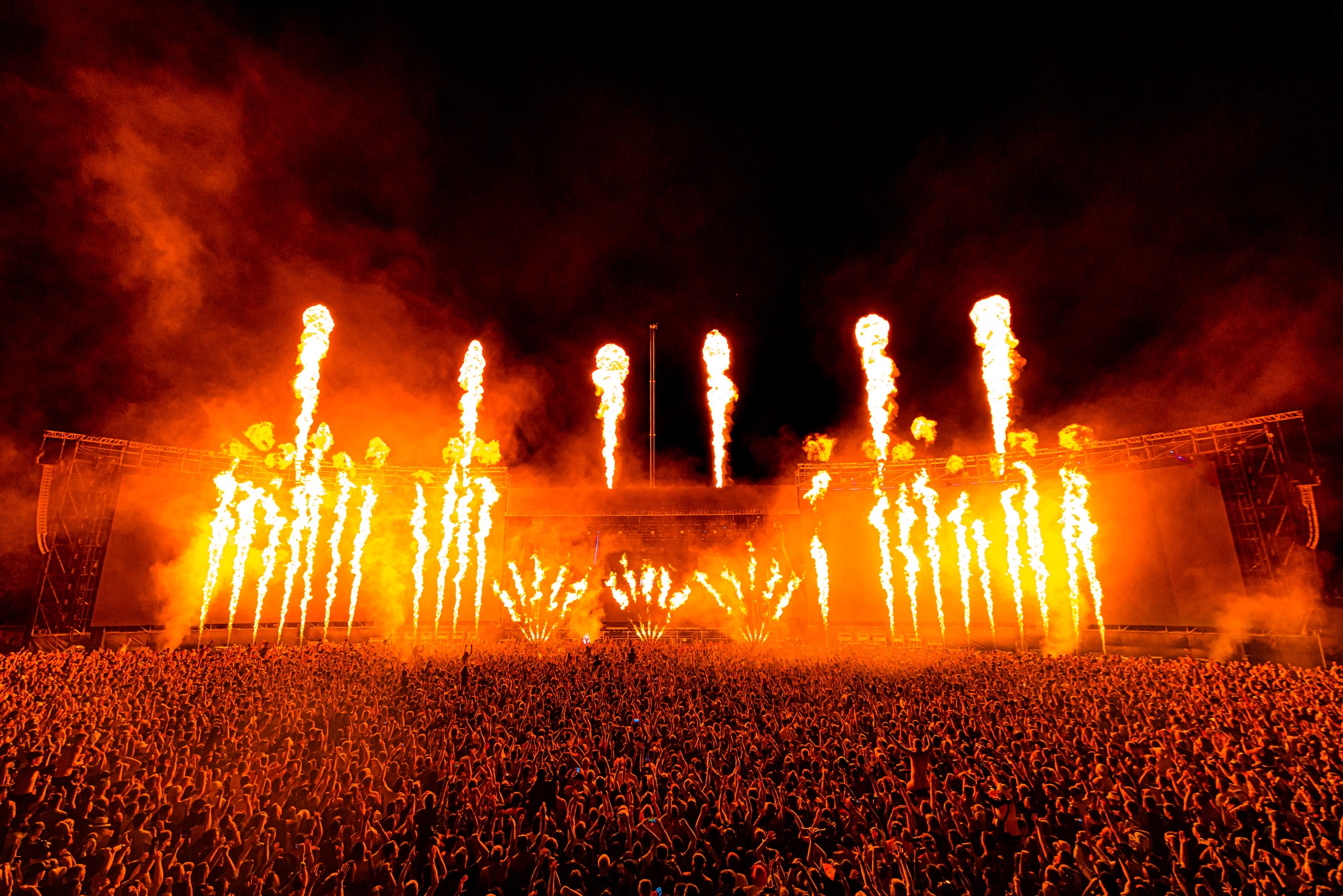 To say 2020 was a bad year is an understatement. Since the Covid-19 pandemic swept the globe at the start of the year, the decimation of the live music scene has been a bitter pill to swallow, with festivals, promoters, venues, and all the companies who make the scene happen staring into potential oblivion and relying on government cash injections to prevent them from going under. Yet as the new year rolls around, things are looking highly promising across the world for a return to normality this year, at least by summer 2021, thanks to the only real way out of the pandemic – vaccines.

Here’s to science bringing some much needed light into 2021.💥🧪 Wishing you all a Happy New Year!🎇🎆 pic.twitter.com/wghjwo8LMP

As we reported, the first vaccine to gain approval in the West was the Pfizer/BioNTech vaccine, which is already being rolled out in various territories across the globe, with the company proudly stating that thanks to 200 million doses being ordered by the US government, Americans can expect to see a return to normality by June. Similarly, the Pfizer vaccine is also being rolled out in countries ranging from the UK, to Israel, to Switzerland, to Canada, and the whole EU bloc. Elsewhere the Chinese Sinopharm vaccine has been announced as being highly effective, with some roll out already in territories such as Bahrain and the UAE, with the Chinese also likely to lead the way in supplying vaccines to countries in the developing world. Various other potential vaccines are also in development, ranging from the delightfully named “COVIran” vaccine developed in Iran, as well as potentials from Johnson&Johnson, GSK, Novavax, and plenty of others, all of which are in various stages of clinical trials with expected approval, if needed, in 2021.

Yet perhaps the biggest game-changer comes in the shape of the UK developed AZD1222, developed by Oxford University and AstraZeneca, which has now received approval in the UK with further approval expected soon for use across Europe and other parts of the globe. Crucially, this vaccine isn’t constrained by the difficult storage and distribution requirements of the Pfizer vaccine, is cheaper, and there are millions of doses already in production, with AstraZeneca taking a punt on its success and starting manufacture in summer 2020, and aiming to supply it on a non-profit basis. The UK government expects at least 2 million doses a week to be rolled out, with mass vaccination centres and military support also being planned. It’s clear from watching the UK’s Deputy Chief Medical Officer Jonathan Van-Tam – affectionately known as JVT – in a press conference, that nothing will be spared in getting as many people vaccinated as quickly as possible. He’s not a man to mince his words to say the least, and he also delivered a strong message to the media to make it clear that although the efficiency rate of the Oxford vaccine is slightly lower, this doesn’t make a difference, and the way out of this pandemic is therefore clear.

As also mentioned in one of our articles, the main concern now is uptake, with “vaccine hesitancy” still an issue. Some polls have suggested 70% of UK adults will have the vaccine, with this number likely to rise as the vaccine rolls out. Scenes of some older priority patients receiving their jab being broadcast on live TV have offered solid reassurance that the vaccine is not only safe, but most people won’t even feel it – a fear of needles being one hypothesis for people being unsure about whether to have one. Yet leading scientists and doctors have made clear that it is vital that the vast majority of the UK adult population gets the vaccine in order to stop the disease being endemic, and a return to normality won’t be fully on the cards until this milestone is reached. Indeed, this is key to allowing the events and the night-time industry to reopen, not just in terms of festivals and club events, but right down to pubs and restaurants, with industry figures already warning another lost summer may mean many events and venues simply disappear forever.

So how fast can this be done? Will it be done by summer 2021? With the US looking at a return to normality by June or July, it’s fair to say there’s no reason the UK, Europe, and other territories around the world looking at similar roll-outs cannot achieve the same timescale, if not sooner. Some suggestions have been made that the live music scene might be able to return to normal by spring, a view also shared by government advisors in the UK, with May and June being the crucial months when major festivals such as Glastonbury take place.

Looking at the UK figures as an example, the country has a population of roughly 67 million people. However, the vaccine is not yet being given to under 18s given their low chance of catching and spreading the virus, so essentially you’re looking at vaccinating 54 million adults. At a base-rate figure of 2 million per week, you’re therefore looking at getting everyone done by July. Bit late for festival season? Well fortunately it isn’t that simple – firstly you only need to vaccinate around 60–80% of the adult population to stop the virus being endemic, so taking a median figure of 70% you can bring that date back to mid May. Then take into account the fact that with thousands of GP practices, along with hundreds of mass vaccination centres in places ranging from concert arenas to village halls, complete with military support, 2 million per week isn’t that high of a number, with “tens of millions” expected to be vaccinated by April. Liverpool, for example, recently did over 200,000 tests of almost half of the city’s population in just a few weeks without a hitch, and tests are more difficult and time-consuming than mass vaccination. Yes, there is the need to give people two doses, however, the UK’s scientific advisors along with NHS chiefs are now in unanimous agreement that one dose is sufficient to stop the pandemic, with a second “booster” shot being given up to four months later to provide longer-term immunity. This vital piece of news means that countries, assuming others follow the UK approach, can focus on getting as many people vaccinated as fast as possible.

There was some concern, particularly among festival goers, that 2021 might be another write-off thanks to a “vaccine date calculator” that did the rounds last week. For most young people, it was suggesting that they wouldn’t receive theirs until autumn, meaning that there was no point in buying event tickets. The good news is this calculator was completely wrong. The guy behind it clearly meant well and put a lot of work in, but he did it in no official capacity and it was based on an assumption of just 1 million jabs per week, which was way below the government estimate at the time, and is now confirmed to be totally misleading given the 2 million a week base-rate. As we now know from the potential speed of which we can get through this, it seems like a return to normality by spring isn’t an insurmountable challenge, provided the vast majority of people are vaccinated. So if you’re thinking of buying tickets to events in 2021, get signed up now, because the warm light of summer is clearly visible at the end of what has been a nasty and difficult tunnel.