50 Cent and Rampage Jackson negotiating to fight each other for $50 Million via Bellator – HipHopOverload.com

It seems 50 Cent may be taking a page out his best friend Floyd Mayweather Jr’s page when it comes to fighting in MMA. 50 Cent who recently signed a deal with Bellator fighting President Scott Coker seen in a picture below is now creating fight rumors. It is being reported that 50 Cent introduced the idea him and Rampage Jackson fighting Bellator for $50 Million dollars.

50 who is now a partner with Bellator is ready to help the company surpass the MMA fight giant UFC who has a strangle hold on the market. 50 thinks this fight could push them overtop.

Would you guys wathc a 50 Cent verse Rampage Jackson MMA fight? If so who wins? Does 50 have anyshot at winning? Do not forget that 50 is a gold glove boxer who trains daily.

50 Cent promoting the idea him vs Rampage Jackson: 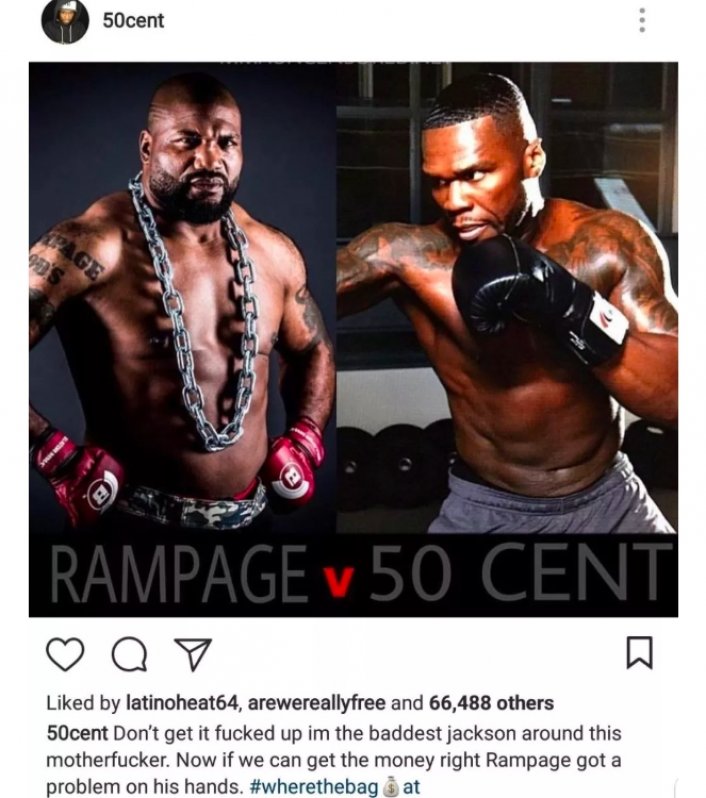