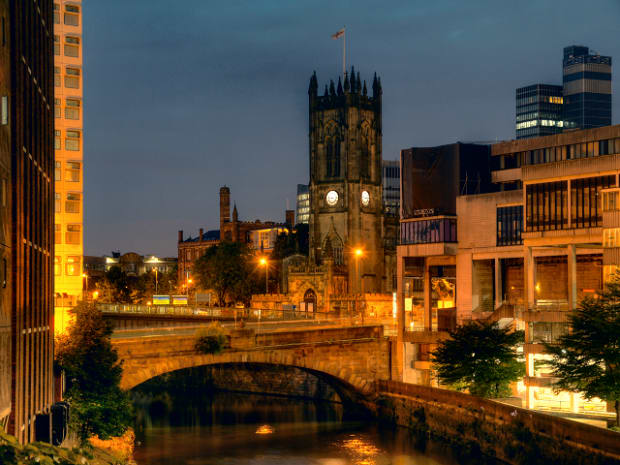 The Shapeshifters will headline with support from Kirollus and Supernature Disco.

The bar for post-pandemic live music experiences has never been higher.

On February 10th, an "epic electronic disco" will take place at the Manchester Cathedral, one of the most historic chapels in England. The building was originally founded in 1421 as a parish church before becoming a cathedral over 400 years later in 1847, according to The Journal of Ecclesiastical History.

Produced by JBM Music, the unique show is part of 360 Beats and Fever's "360°" series, which offers "clubbing experiences in exceptional locations such as cathedrals, concord planes, landmarks and rooftops while the DJ plays in the centre of the room."

Techno, disco and house music will reverberate off walls and stunning marble floors of the Manchester Cathedral, courtesy of The Shapeshifters, who will headline the concert with support from Kirollus and Supernature Disco. You can learn more and purchase tickets here.

Last June, the organizers of "Manchester 360°" hosted a similar event that received much praise from around the electronic music scene. Ravers packed into the Manchester Cathedral and danced to a three-hour performance from legendary DJ and producer John Digweed.