Montreal's AIM Festival has announced the line-up for its fifth anniversary celebration.

Set to take place between July 12 - 14 at Parc Carillon in Saint-Andre D'Argenteuil, located just one hour outside of Montreal, the theme for this year's 'Arts, Innovation and Music' event is 'Monolithes City'. The camping festival is describing its forthcoming musical journey as "a trip into the concrete jungle" and "an urban tale annexed into nature held firmly by its roots."

Featuring longer set times this year, the five stages at the 2019 edition of AIM has tapped a phenomenal assortment of trance, bass, house and techno artists for its phase-one line-up.

Taking over the Monolithes City stage will be the Desert Hearts conductors Mikey Lion and Lee Reynolds, David Penn, Modd, Sabo, NYC dance music linchpin Danny Tenaglia, Jody Wisternoff, Do Not Sit On The Furniture founder Behrouz and a b2b from DJ Spen and Karizma.

Coldharbour Recordings will be taking the crowd's heads into the clouds at AIM's Trance Arena all weekend long with performances from Arkham Knights, Dave Neven, Fisherman, Future Code, Grube & Hovsepian, Jochen Miller, Nifra, Omnia and Ben Gold. A special Coldharbour Recordings headliner who has not yet been announced will headline the stage with a four-hour set.

Getting down and dirty in The Bass Pit, the stage will host acts like Khardiac, TenGraphs, Code:Pandorum and Xaebor while Multi Culti, a lauded Montreal-based imprint, will be hosting their very own stage with performances from label founders Thomas Von Party and Dreems. 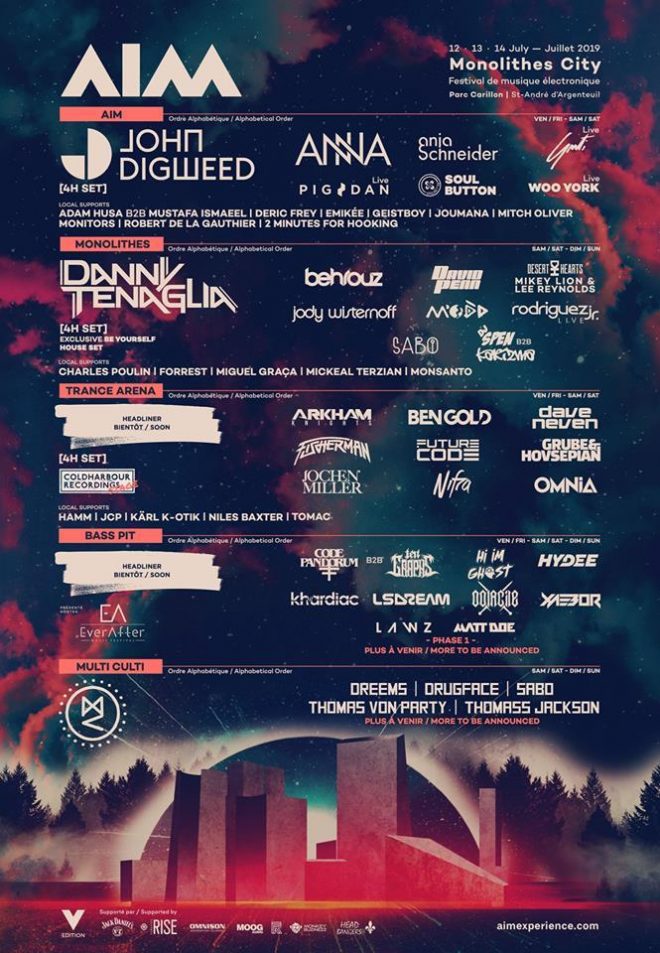