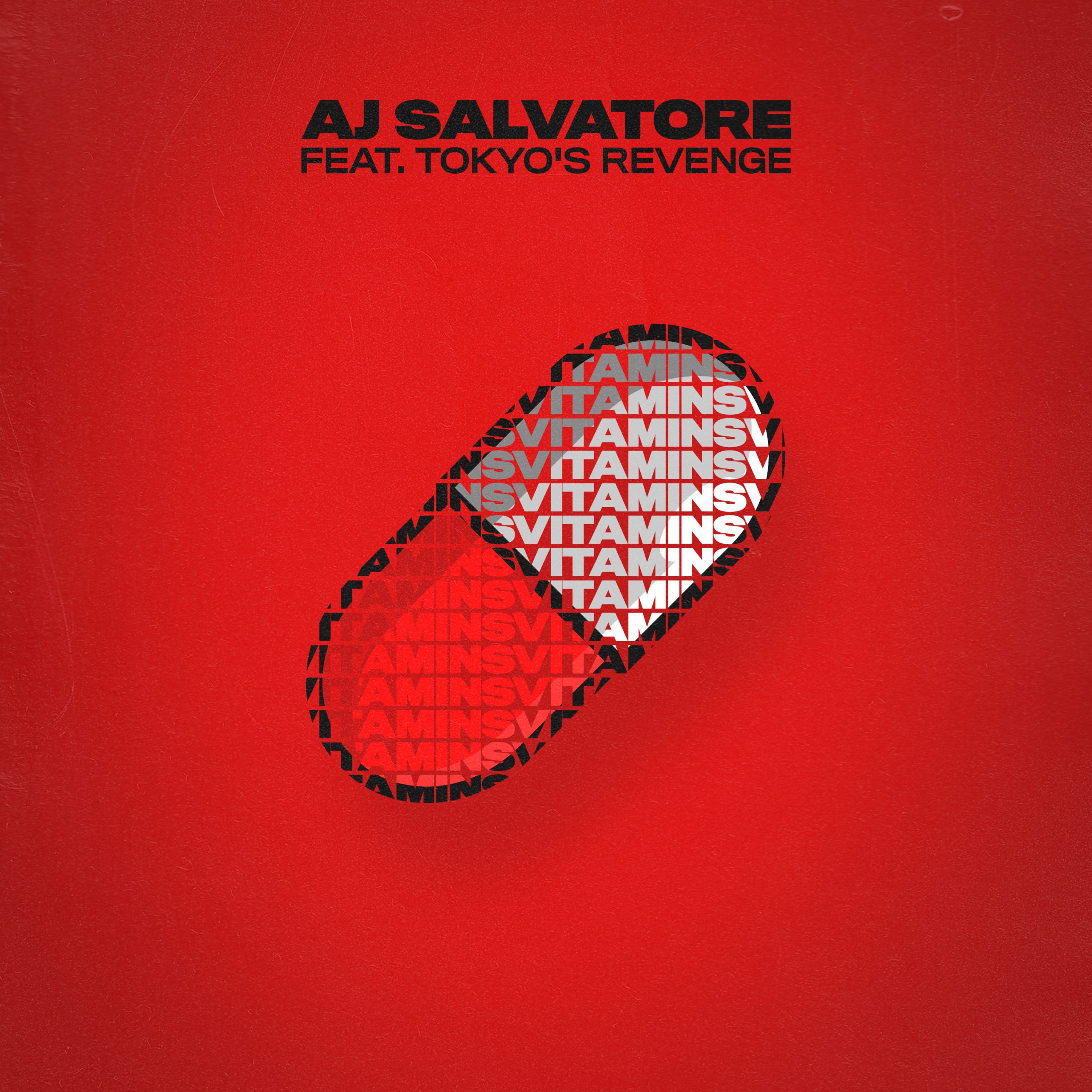 Billboard charting independent DJ/Producer, AJ Salvatore debuts his first single of 2022 titled, “Vitamins” featuring rapper Toyko’s Revenge. The New York born artist impresses by showcasing his versatility as an artist and producer by crossing into the rap and hip-hop world once again.

Following his last single, “Stuck In My Head” a melodic and emotive tune which amassed over 1.2 Million streams; AJ Salvatore drops the heat with an energizing trap inspired banger. Toyko’s Revenge ( known for viral singles such as ”GOODMORNINGTOKYO!” and work with The Kid Laroi and 24kGoldn with over 2M monthly listeners) fast spitting free-spirted lyrics are infectious and pulls the listener in with distorted trap and bass-heavy instrumentals. Take a listen now and keep a look out for new music by AJ Salvatore and Toyko’s Revenge!