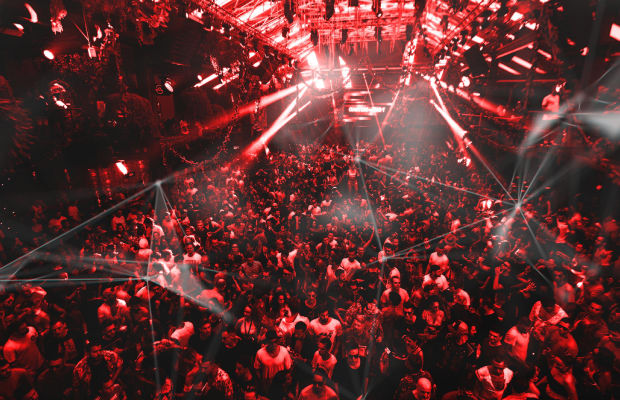 From the White Isle to the blockchain, one of Ibiza's most iconic clubbing destinations is evolving.

In what has the feel of a watershed moment for the intersection of nightlife and decentralized virtual entertainment, Decentral Games recently struck a groundbreaking partnership with Amnesia Ibiza to reproduce and crystallize the club in the metaverse. The landmark deal will come to fruition on Saturday, October, 9th in their "SuperClub" launch event.

Decentral Games is a virtual casino platform that offers unique shared experiences via crypto-powered sessions of blackjack, poker, and other popular games. But instead of the subterfuge you'd typically encounter in Vegas, players are able to find solace in Decentraland, the company's immersive virtual universe.

Developed on the Ethereum blockchain, the casino is governed by holders of its in-house token, $DG, by way of a Decentralized Autonomous Organization (DAO). In less rocket science-y terms, DAOs allow platforms to operate as member-owned communities devoid of a consolidated leadership structure.

Amnesia's foray into the blockchain is a crypto-enthusiast's utopia, a Candyland-like playground with NFTs, flashing lights, and digital gold. But what makes this venture so special is its potential to democratize the metaverse and make it more accessible for the average electronic music fan. The decision to adopt the weird and wonderful world of decentralized entertainment is a pixelated leap into the unknown, but it's a little easier when you can rave in there.

Here are four reasons not to miss out on the momentous "SuperClub" launch, which you can RSVP to now.

Although the world is reopening, the push towards livestream events continues on as many of the world’s biggest clubs and festival brands are embracing the modality they believe to be the future of live music. Of course, Amnesia Ibiza, one of the most coveted clubs in the world, didn’t achieve its prominent status by playing to the status quo.

Known for curating euphoric experiences where “anything goes,” look for Amnesia to channel their expertise in curating the world’s most memorable nightlife experiences in a totally unique way with their entry into Decentral Games’ metaverse. With over 7 million estimated tourists visiting Ibiza annually, many are drawn to the flashiness of the island’s club circuit, of which Amnesia has been a staple since 1976. Amnesia’s partnership with Decentral Games could be a major catalyst in accelerating the already tangible long-term trend towards established venues and festivals embracing the promise of metaverse technology.

The launch party will also see Decentral Games coming into their own as an emerging frontrunner in facilitating next-generation entertainment experiences. With the success of their virtual casino launch earlier this year in partnership with Atari, which featured a performance by Dillon Francis, Decentral Games is emerging as a go-to virtual platform that puts dance music front-and-center.

12 Hours of Live Music From a Stacked Lineup

Decentral Games and Amnesia Ibiza are leaving no stone unturned when it comes to making their "SuperClub" launch event a day to remember. The celebration will feature music from Benny Benassi, Paul van Dyk, Luciano, Anfisa Letyago, Yves V, Sam Blacky, and many more.

Decentral Games is a brand increasingly known for its unique positioning squarely in the crosshairs of both dance music culture and cutting-edge, cryptocurrency-based technologies and the advent of their own nightclub venue marks their most ambitious entertainment focused project yet.

Decentral Games has become a crown jewel of the Ethereum metaverse after making a name for itself as a virtual game developer. The organization owns and operates a handful of virtual gaming venues where players can join immersive environments in avatar-form, build connections with a growing global community, and play games of chance using cryptocurrency.

After proving this valuable use case, Decentral Games hasn’t been satisfied to stop there. Recently, they’ve sought to leverage and expand upon the value proposition of their 3D worlds from an entertainment perspective and have since helped bring numerous dance music heavyweights into the virtual concert revolution including Boys Noize, Autograf, NGHTMRE, and more.

Become an Early Adopter of Metaverse Technology, the Future of Crypto

The term “metaverse” recently became Silicon Valley’s biggest new buzzword. Over the summer, Facebook leadership proclaimed that the tech-giant is pivoting rapidly towards becoming a "metaverse company," even going so far as to suggest that the metaverse is the highest actualization of the multi-decade social networking trend.

Decentral Games has emerged as a valuable business partner for legacy brands and crypto-oriented startups looking to establish a foothold in the metaverse, the next big technological frontier. Enterprises such as Bored Ape Yacht Club, Polygon, Coingecko, DEXTools, and Atari have all entrusted the company's development expertise and partnered with them to establish offices as well as licensed gaming venues utilizing the platform’s proprietary technology.

As the company expands outside of its core gaming business into the fields of nightlife, entertainment, and more, expect them to continue pushing the boundaries at the bleeding edge of metaverse tech. Decentral Games strives to provide an immersive social experience that simultaneously allows fans the flexibility to enjoy the shows they love from anywhere in the world while connecting with their peers and favorite DJs.

Now, Decentral Games is pushing their NFT capabilities forward in partnership with the world’s biggest DJs to mint limited edition collectibles and distribute them to fans. Every show represents an opportunity to snag a piece of dance music history. Dillon Francis previously minted the only Gerald The Piñata-themed NFT collection to date on Decentral Games during his launch party performance earlier this year. Earlier this week, Platinum-selling songstress Anjulie tokenized her single “White Lights” during her listening party and debut performance on Decentral Games.

Decentral Games' entertainment-focused NFT efforts are being spearheaded in partnership with DJENERATES, a dance music-focused NFT series that has immortalized animated images of the world’s most recognizable DJs on the blockchain, including Paul van Dyk, Carl Cox, Headhunterz, and many others.