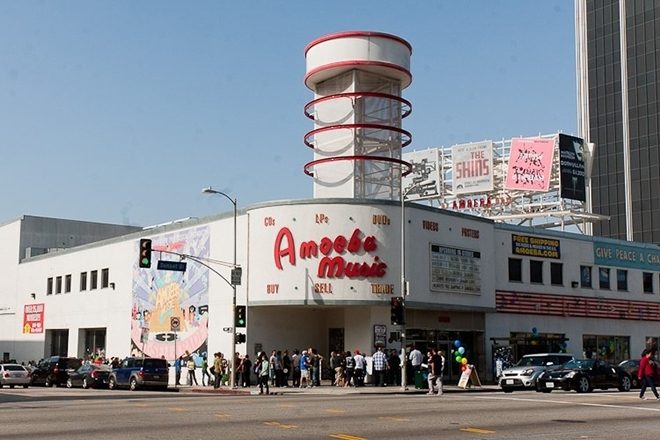 Amoeba Music is closing down its store on LA’s famous Sunset Boulevard earlier than planned due to the financial hit it's facing from the coronavirus lockdown.

The store which opened in 2001 has been on a path to closure since 2015 when the building it’s hosted inside was sold for a reported $34 million to the developer GPI Companies, that plans to build a 26-story apartment block on the site.

Read this next: 16 record shops owned by women that you should visit

Last year Amoeba Music announced plans to move to a new spot in Hollywood, and secured its building permits in March. The owners had hoped to keep the Sunset Boulevard store open until Autumn this year, but the loss of income caused by the coronavirus lockdown has made them unable to sustain paying rent on two spaces that are not generating money.

Amoeba’s co-owner Jim Henderson said: “We are devastated for our run at this beautiful destination to end like this, but we simply have no choice.”

A press release added: “The plan was to close the Sunset location in the fall and then move to the new site as soon as possible while moving operations to its new space. That now will not be the case, with the Sunset store having served its last customer and housed its final performance.”

Read this next: Forget High Fidelity: How women are reclaiming record stores

Planned farewell events at the Sunset Boulevard store through this summer have now been cancelled, with the shop now focused on relocating to and opening its new space when possible.

Amoeba also runs shops in San Francisco and Berkeley. Earlier this month it set up a GoFundMe page to aid its expenses for rent, bills and health insurance for some of its 400 employees during the pandemic. Donate here.