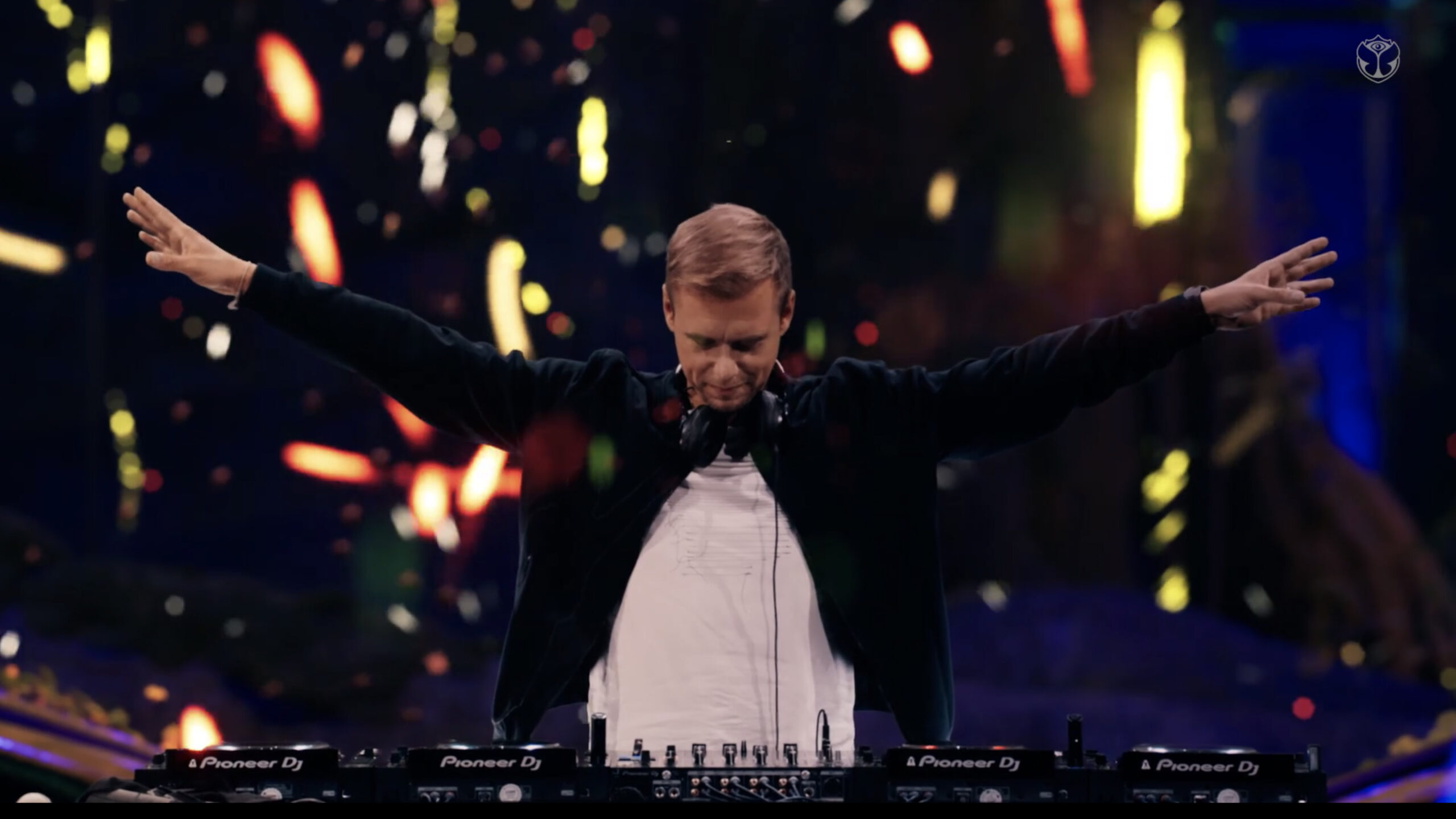 After an atypical, difficult and challenging 2020, there’s nothing better than starting the new year in ‘A State Of Trance’. People of Tomorrow also thought this was a good idea and did not miss Armin van Buuren‘s magnificent set at Tomorrowland 31.12.2020. A giant magic tree adorned with gramophones, magic cocoons surrounded by idyllic birds, sparkling foliage and lights that look like fireflies raining between the branches. This sounds like the description of a setting designed especially for the trance prince Armin van Buuren, but it’s the Melodia stage of Tomorrowland New Year’s Eve celebration. This heavenly world that belongs to the three-dimensional venue NAOZ rests like a glove on Armin, and along with the ecstatic tracklist he has prepared for his set has guaranteed spectators a unique journey.

With the energy that so well characterises the Dutchman, he presents viewers with an eclectic and elegant set, mirroring his expensive repertoire and his range of approaches. Armin’s majestic performance starts with the exhibition of three pearls of ‘Euthymia’, his latest album: ‘Euthymia’, ‘Need You Now’ (Onyx remix) and ‘Feel Something’ (Tom Staar remix). While it is not possible to rave collectively and dance to these hot tracks, it was great to hear them in a festival atmosphere. The set was cohesive and solid but took listeners in many directions and awakened different sensations. Always uplifting and energetic, it was like a pill of happiness to help exorcise the year that ended.

Playful and dynamic, Armin filled the set with some mind-blowing and fun mashups: ‘Mask’ vs. ‘Something Real’, ‘Diving Out Of Love’ vs. ‘I Need You To Know’, ‘Punisher’ vs. ‘Mr. Navigator’, ‘Space Journey’ vs. ‘Play It Louder’ and ‘Tomahawk’ vs. ‘Come To Life’. Besides giving the set incredible energy, these moments channel other great artists such as Above & Beyond, Nicky Romero, MaRLo among others.

Roars were high with Armin van Buuren and Vini Vici’s ‘Great Spirit’ featuring Hilight Tribe and the climax was reached at the grand finale. To finish his explosive set at the Tomorrowland festival Armin van Buuren chose his acclaimed and iconic super track ‘Blah Blah Blah’ (Acappella). An end that no one wanted to see come and a difficult farewell. Simply fantastic. Take advantage of Armin’s progressive sound to start 2021 with the right foot. You can relive his set via the relive platform, which you can find here.