Austin City Limits 2022 kicks off another iconic edition in its history with weekend one: Full Recap 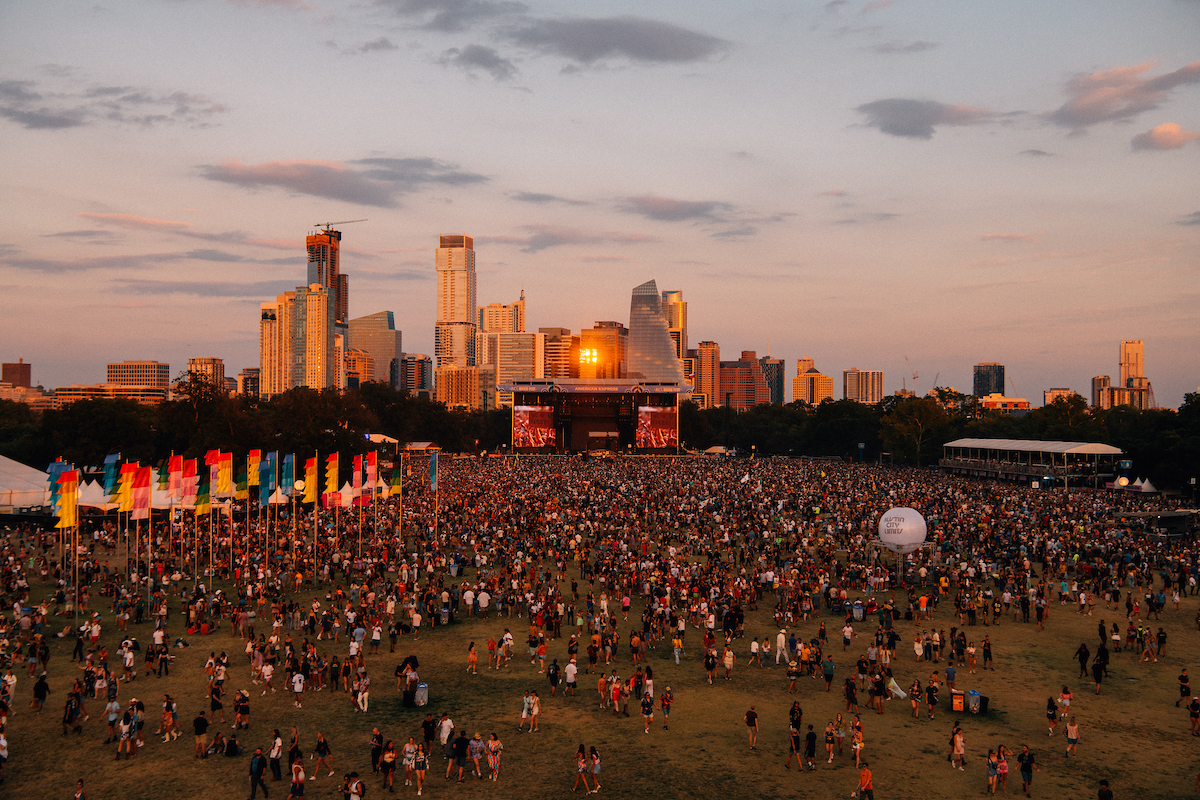 Austin City Limits 2022 kicked off the start of its 22nd edition this past weekend. With a mix of new acts and many nostalgic ones, this year’s event is definitely a must-attend.

In the state of Texas, there are a few things that define the month of October. One of those is the beginning of the Austin City Limits Music Festival. A three-day multi-genre music event that spans over two weekends and showcases some of the industry’s most in-demand and upcoming artists but is also known to sprinkle in iconic ones too. There could be a discussion that the Austin City Limits 2022 might have blended new acts and nostalgic ones better than any other year, and it was honestly amazing.

As usual for an ACL event, attendees had their pick of the litter, from artists who have been in the industry for over 40+ to others who were performing on a stage of this magnitude for the first time. However, what really stood out about this year was that Austin City Limits 2022 locked in a few acts that made a huge impact on music during the late 2000s and early 2010s, which was during the time of a majority of the attendee’s childhoods.

With each day outperforming the one prior, there was never a dull moment during the 10 hours a day in Zilker Park. ACL started the festival with some of the best on-stage performers on the entire lineup for day one. Opening the weekend most notably was Noah Cyrus, Kevin Morby, Gayle, Zai1k and Cory Henry. Heading into the later part of the afternoon the event welcomed unforgettable shows from Jazmine Sullivan, James Blake, Big Gigantic, Omar Apollo, Billy Strings and Nathaniel Rateliff & The Night Sweats. 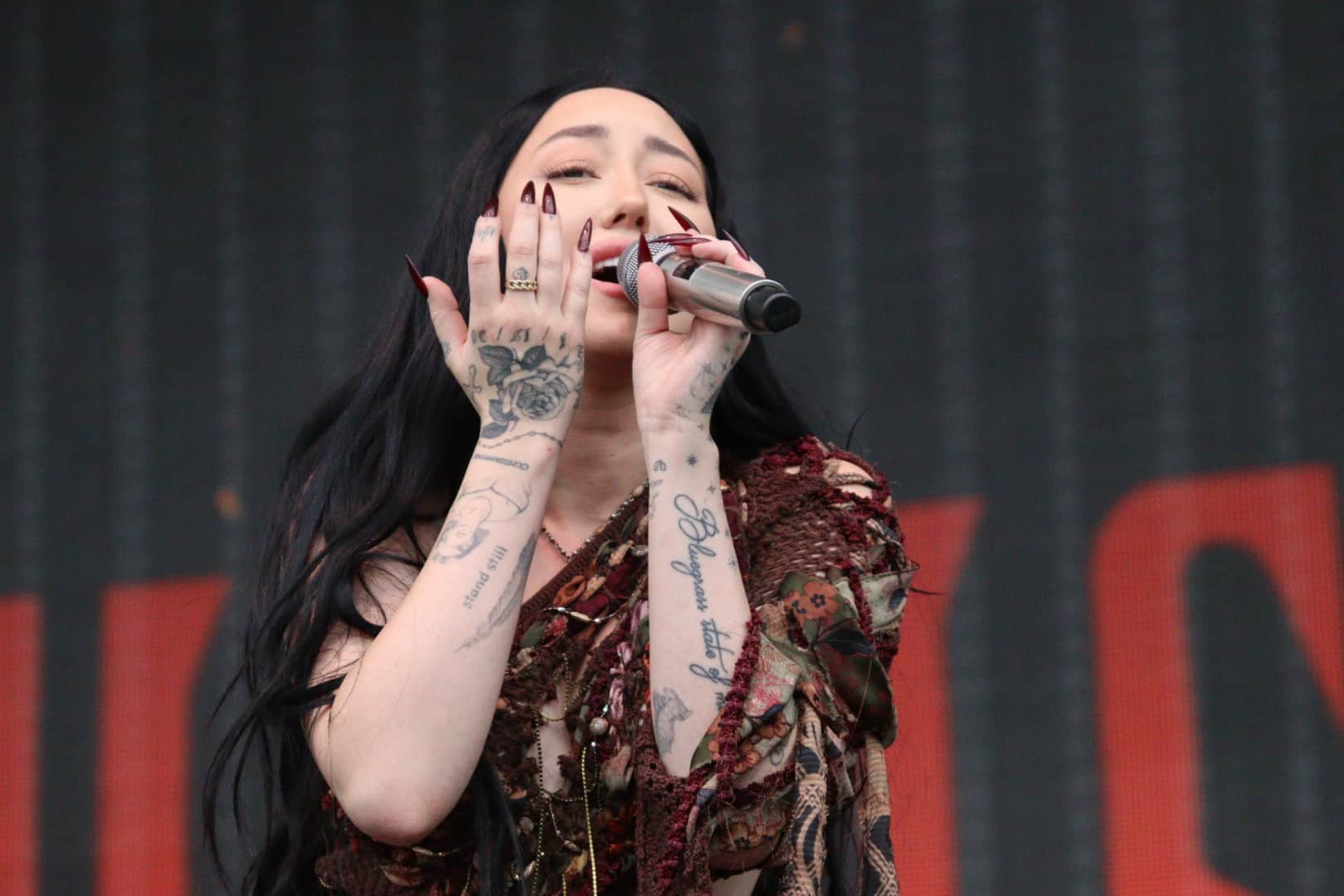 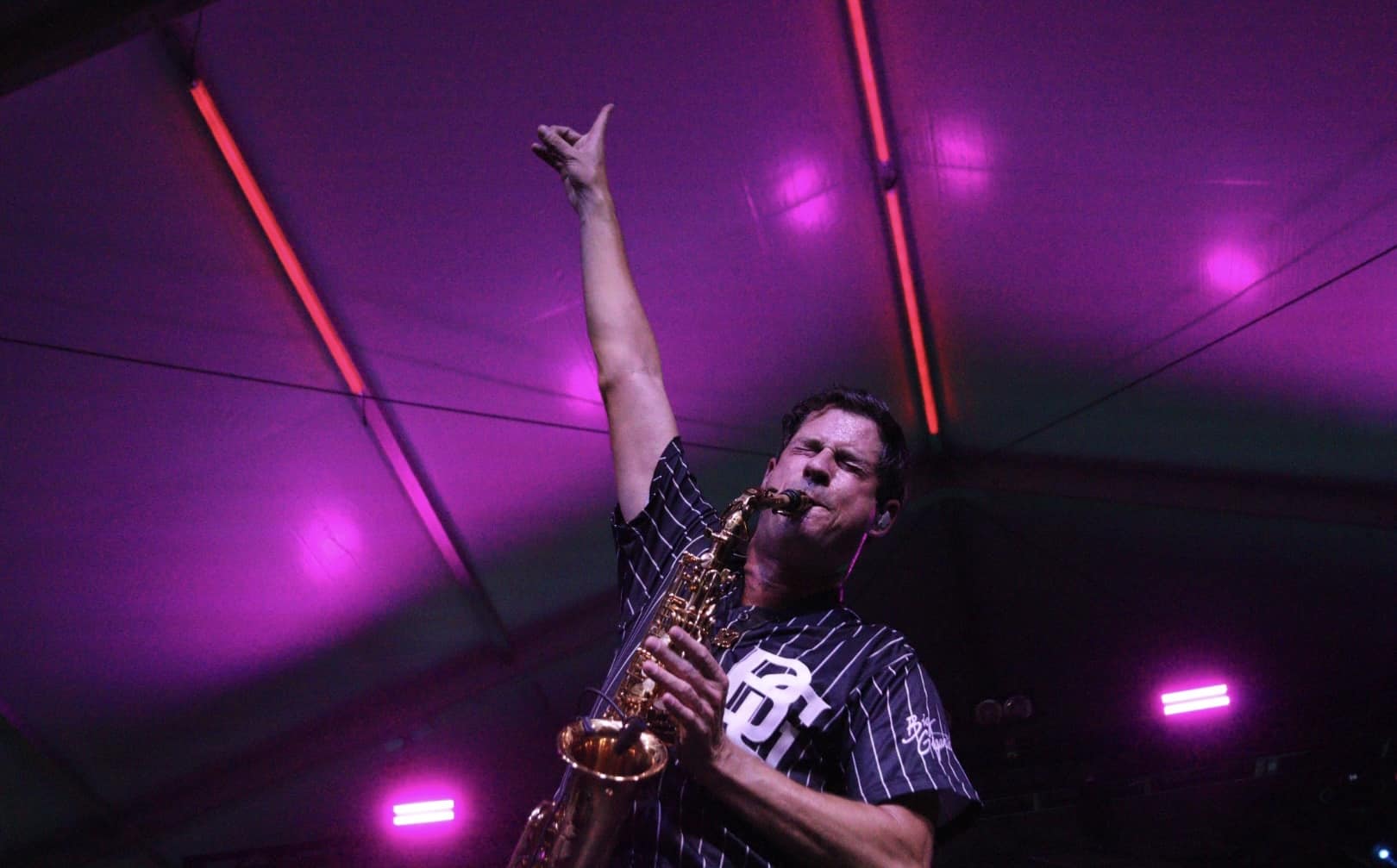 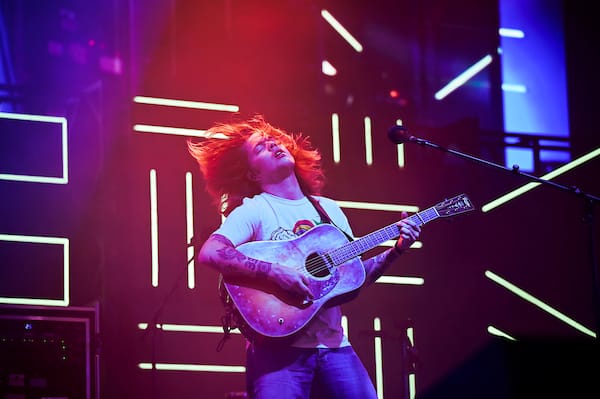 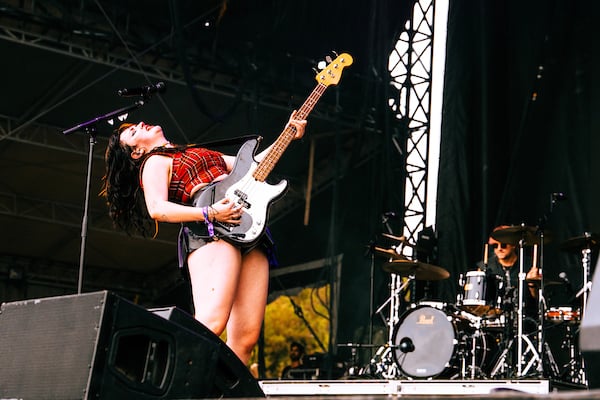 But two acts seemed to have won the hearts of the crowds before the sun went down and had everybody talking throughout the park. Coincidentally enough, they took place directly after one another on the same stage. The first act was French electro-pop and disco group L’Impératrice, who stole the show with their unique sounds and outfits, along with a plethora of dance moves from lead singer Flore Benguigui. Following them was pop sensation Carley Rae Jepsen who attracted one of the largest crowds of the weekend on that specific stage. The crowd was not only incredibly engaged during Jepsen’s performance, but it was impossible not to smile the entire time with the positive energy the Canadian singer was giving off while on stage. Especially when the moment her nostalgic career-altering hit “Call Me Maybe” began to play.

Closing out the night was superstar R&B singer SZA who brought out the most fascinating stage design of the entire festival, which included a lighthouse and a boat dock. Playing on the other side of the park was the iconic 90s Texas-based, The Chicks, who returned to the stage and showed why they are deserving of all the praise. Whichever show people picked to attend, they saw musicianship at its finest, with some of the most talented female artists currently in the industry. 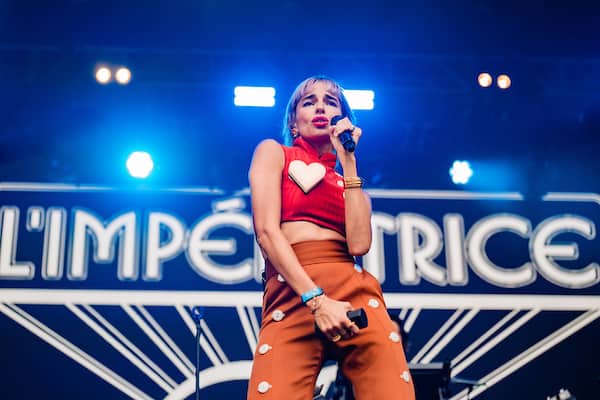 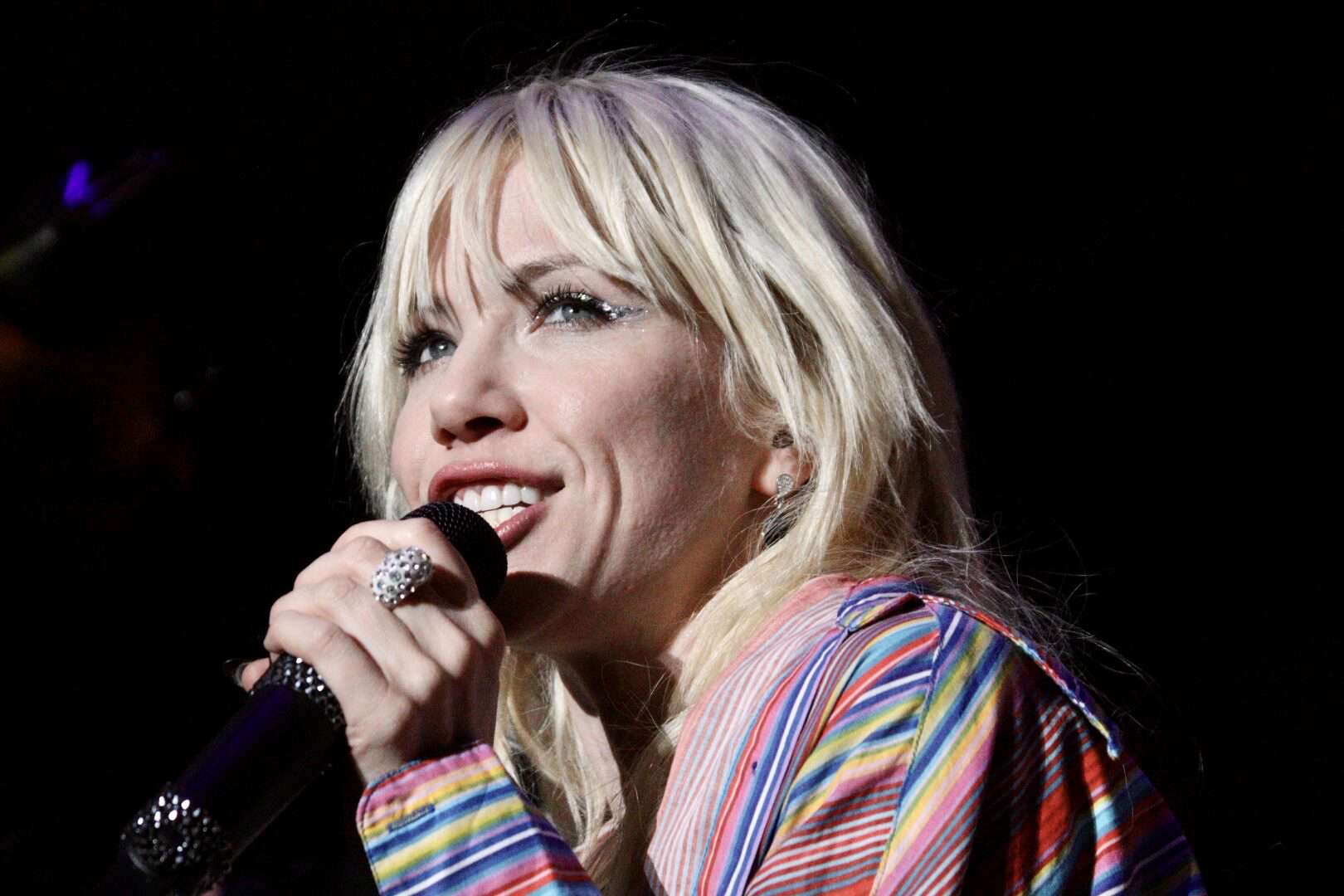 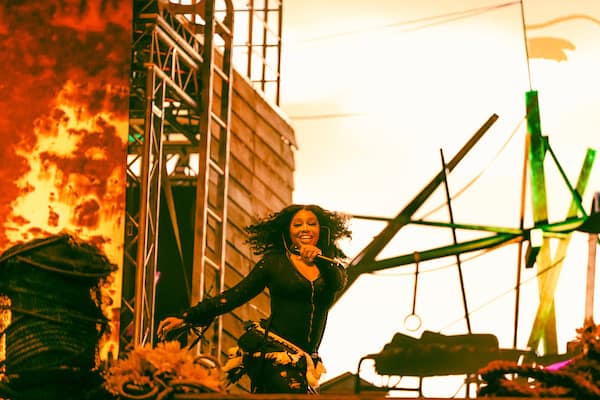 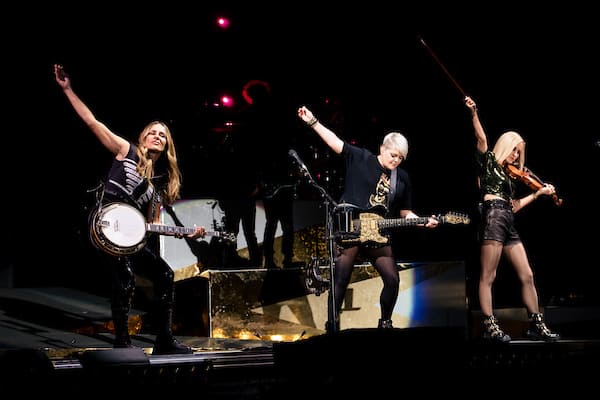 As day two began, ACL welcomed acts such as Slayyyter, The Midnight, Role Model, Tyla Yaweh, Conan Gray, Aly & AJ, Big Boi and Purple Disco Machine. But it was Sofi Tukker on the Miller Lite stage and Lil Nas X on the America Express stage that made the most noise during the day. The best-friend duo, Sofi Tukker, brought their highly regarded ‘WET TENNIS’ show to Austin and provided one of the most fun and interactive hours of the entire three days. Lil Nas X showcased his ‘Long Live Montero’ tour that told a story of self-discovery in multiple chapters and included stunning set pieces, exceptional choreography and four costume changes, all within 70 minutes.

With the moon high in the sky and only two acts remaining on Saturday, it was a tale of two heavyweights as both Grammy-winning artists Flume and P!NK took their respective stages to headline. Flume brought his mind-boggling visualization to accompany his newest album, ‘Palaces,’ and completely mesmerized the crowd with a live electronic show. At the same time, P!NK showed her brilliance and why she is one of the industry’s best live performers with a set that included many of her #1 hits over the years and a few of her favorite covers, and even her iconic aerial performance of “So What” where she literally flew over the crowd. 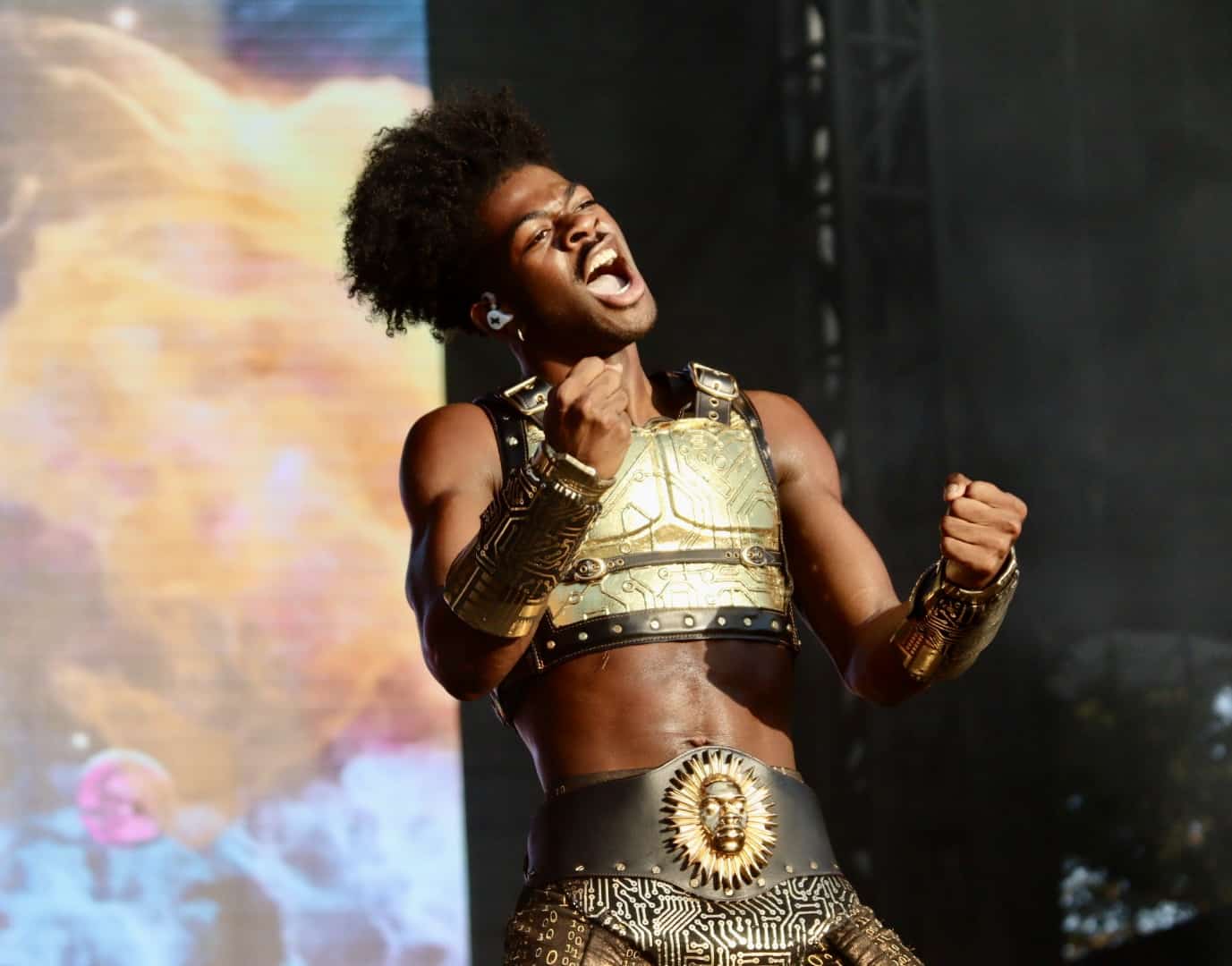 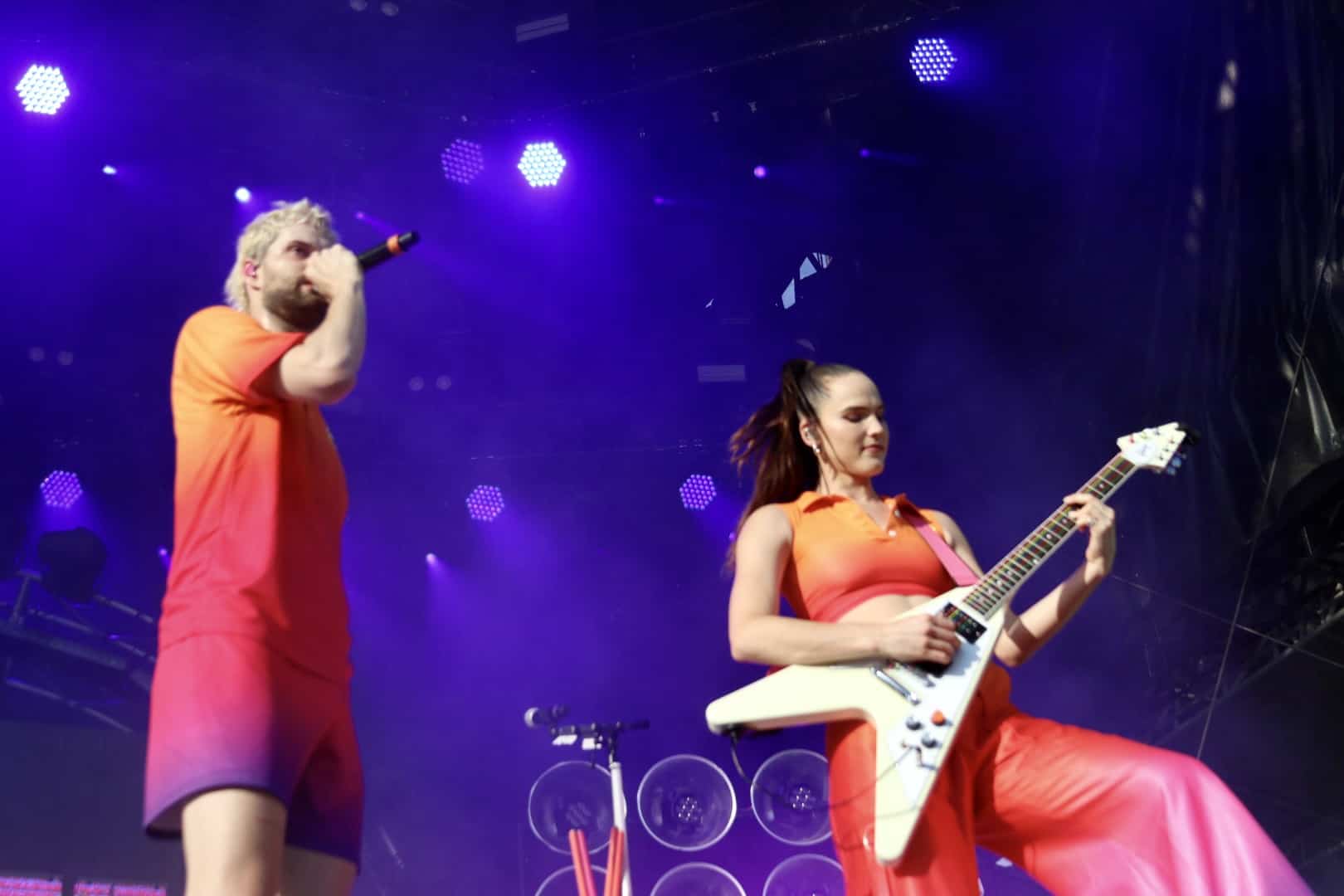 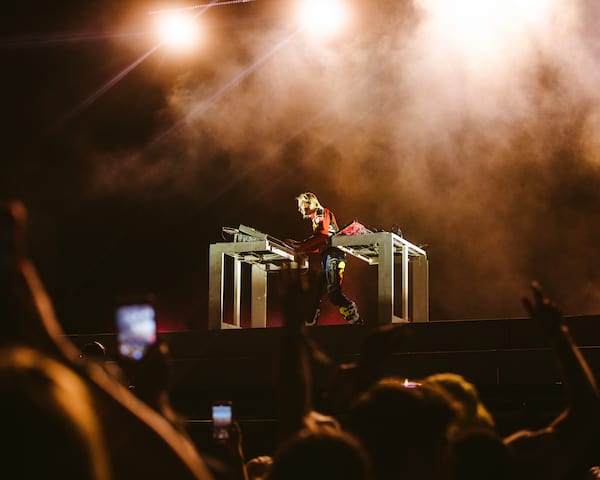 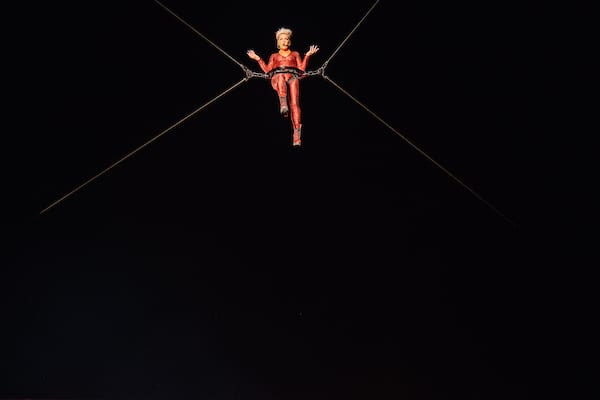 The last day was all about two iconic acts, one that had seen the stages of Zilker Park multiple times before, and the other was making their ACL debut. Those were, of course, the Red Hot Chili Peppers and Paramore. You could feel the anticipation in the air as many filled the American Express stage area early in the day to get a good spot for both bands. But before they took the stage, there was still a day’s worth of amazing artists to watch. With Goth Babe, PinkPantheress, BIA, Big Wild, The Marias, Spoon, Zhu, 6lack, Oliver Tree, Goose and countless others, Sunday in Austin included several amazing moments. 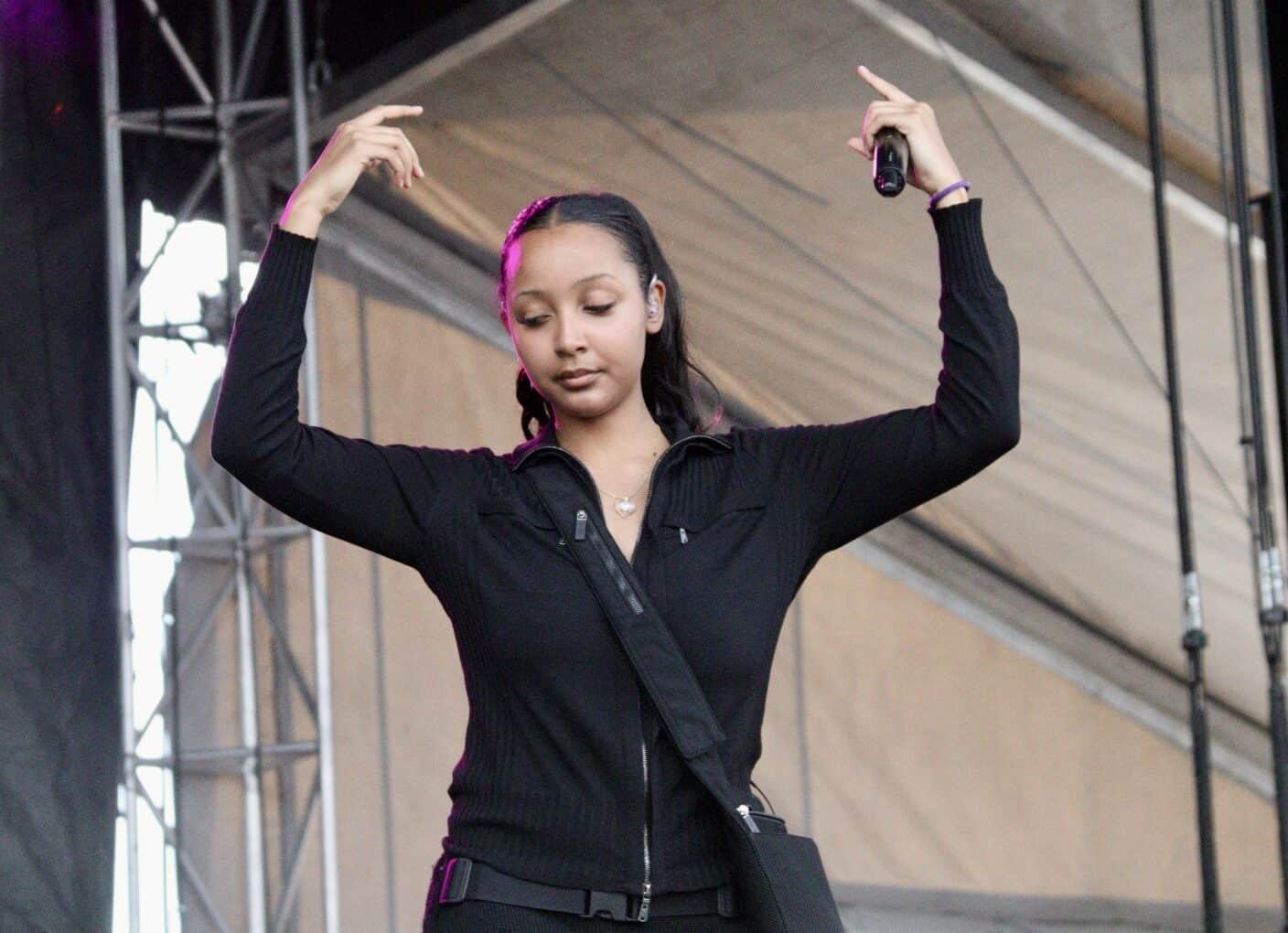 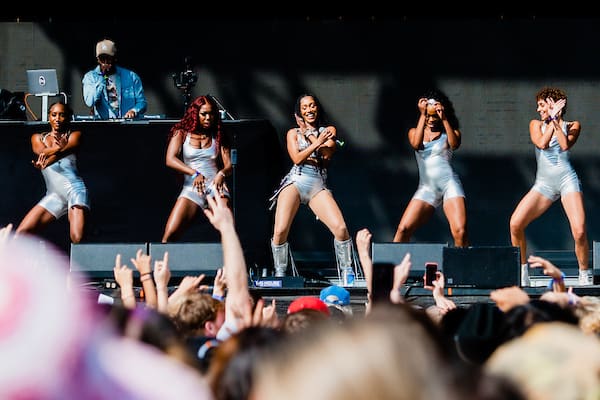 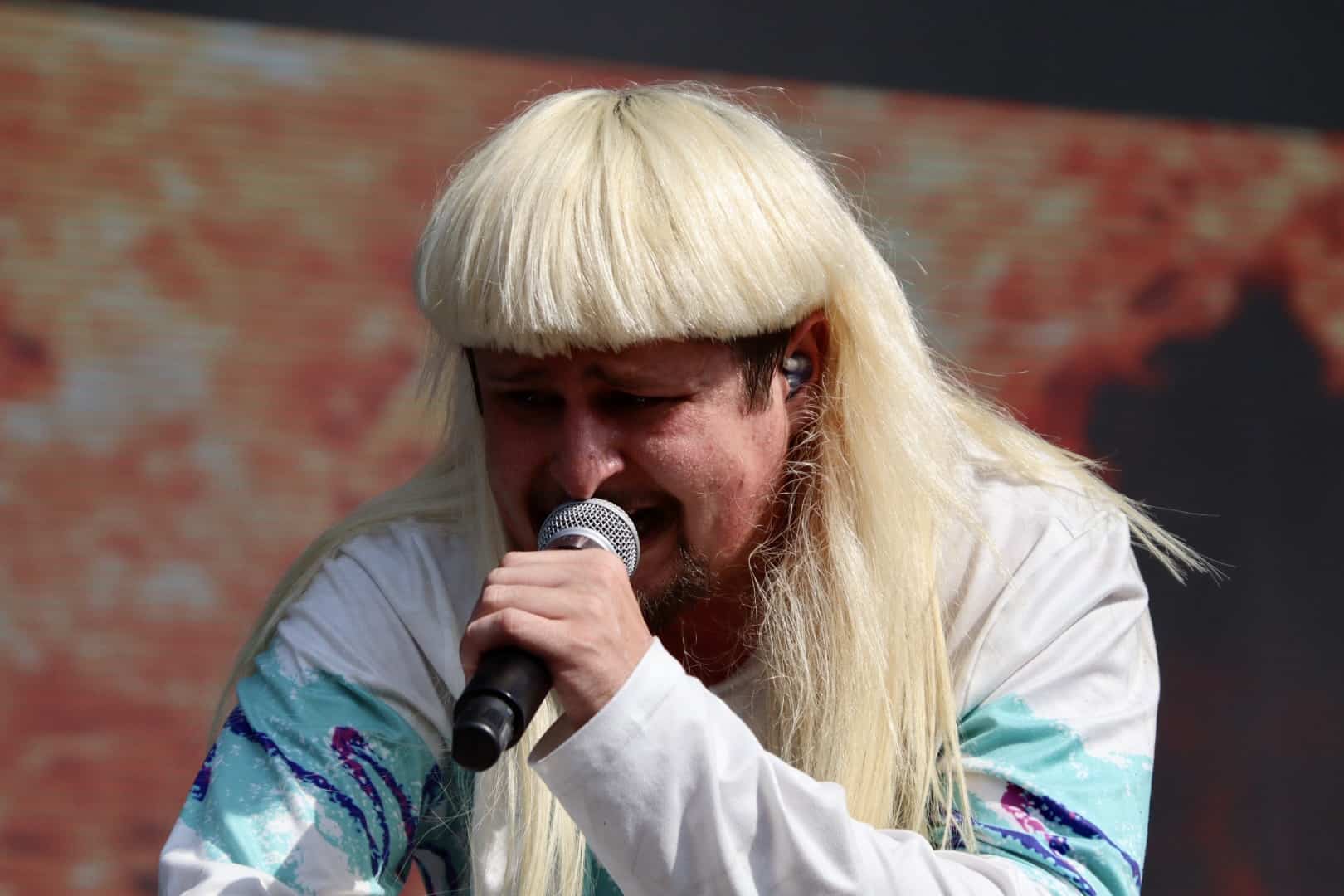 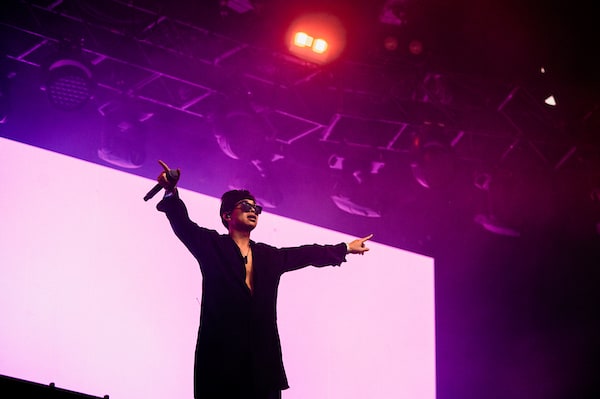 Then 6 pm hit, and Paramore walked on stage to perform in front of undoubtedly the largest crowd of any act during the entire festival. With well over 60,000 people packed together, screaming at the top of their lungs, the rock band began by playing their newest song from their upcoming album. However, pandemonium struck when they performed their classic hits from the 2000s, including their most successful song, “Misery Business,” which brought out a side of the crowd that had yet to be seen during the festival. 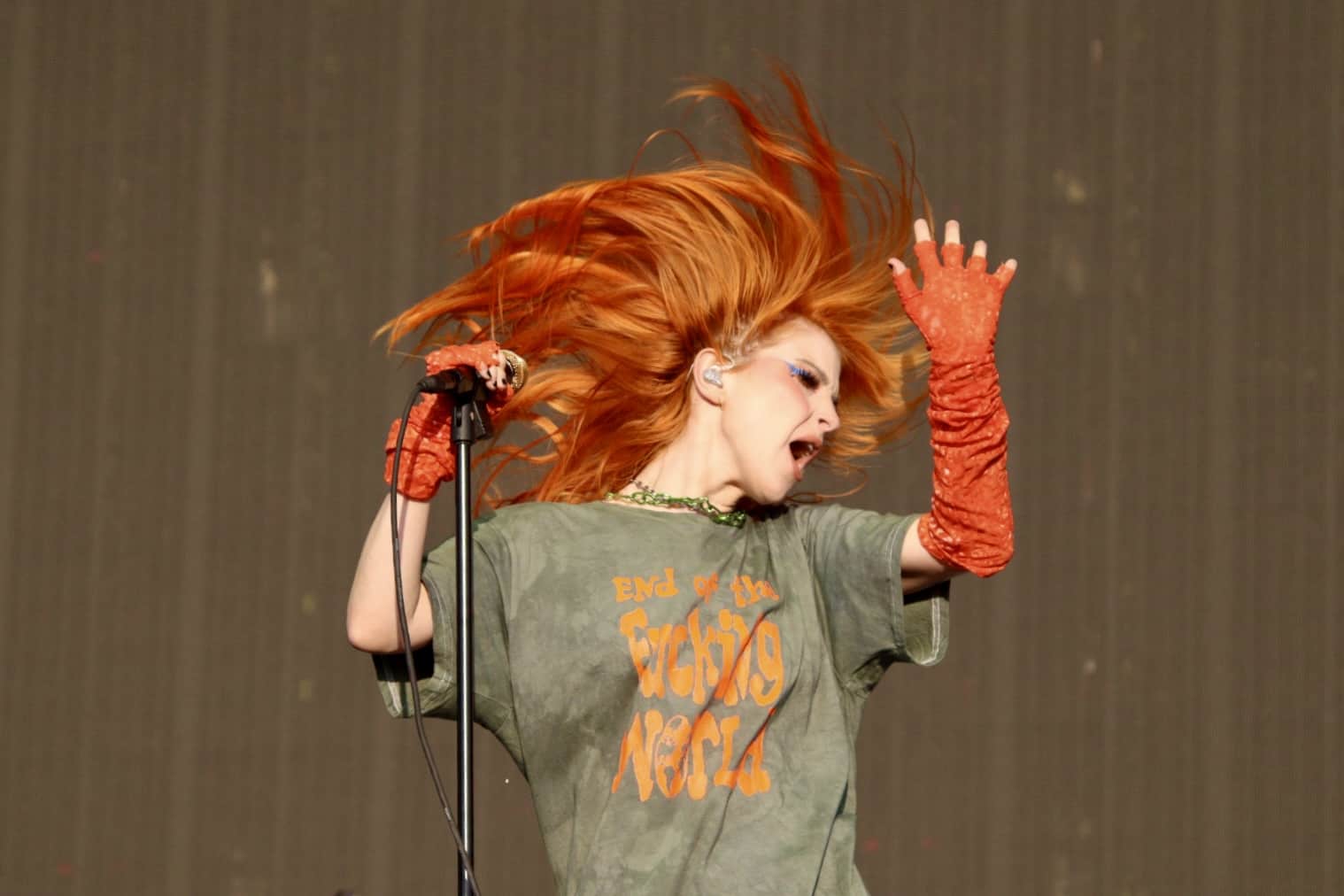 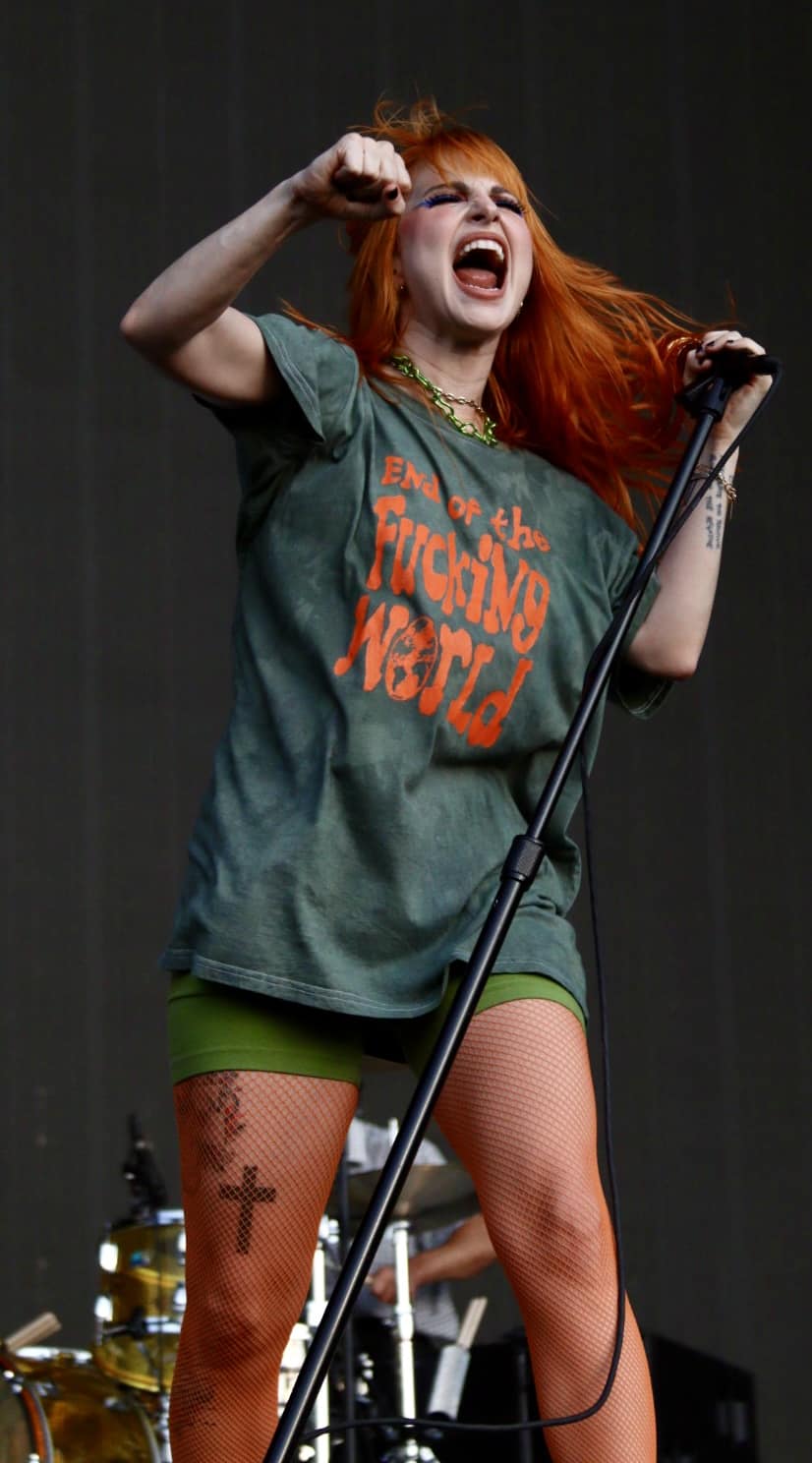 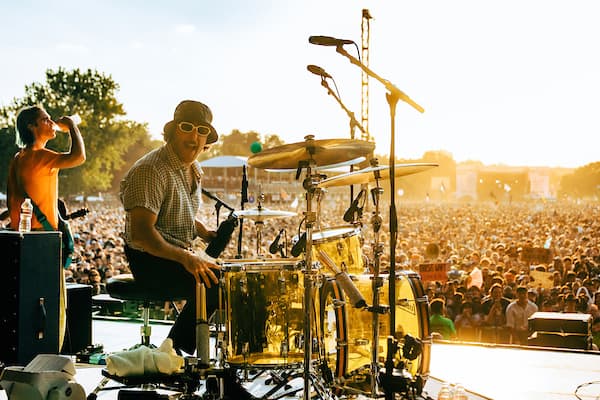 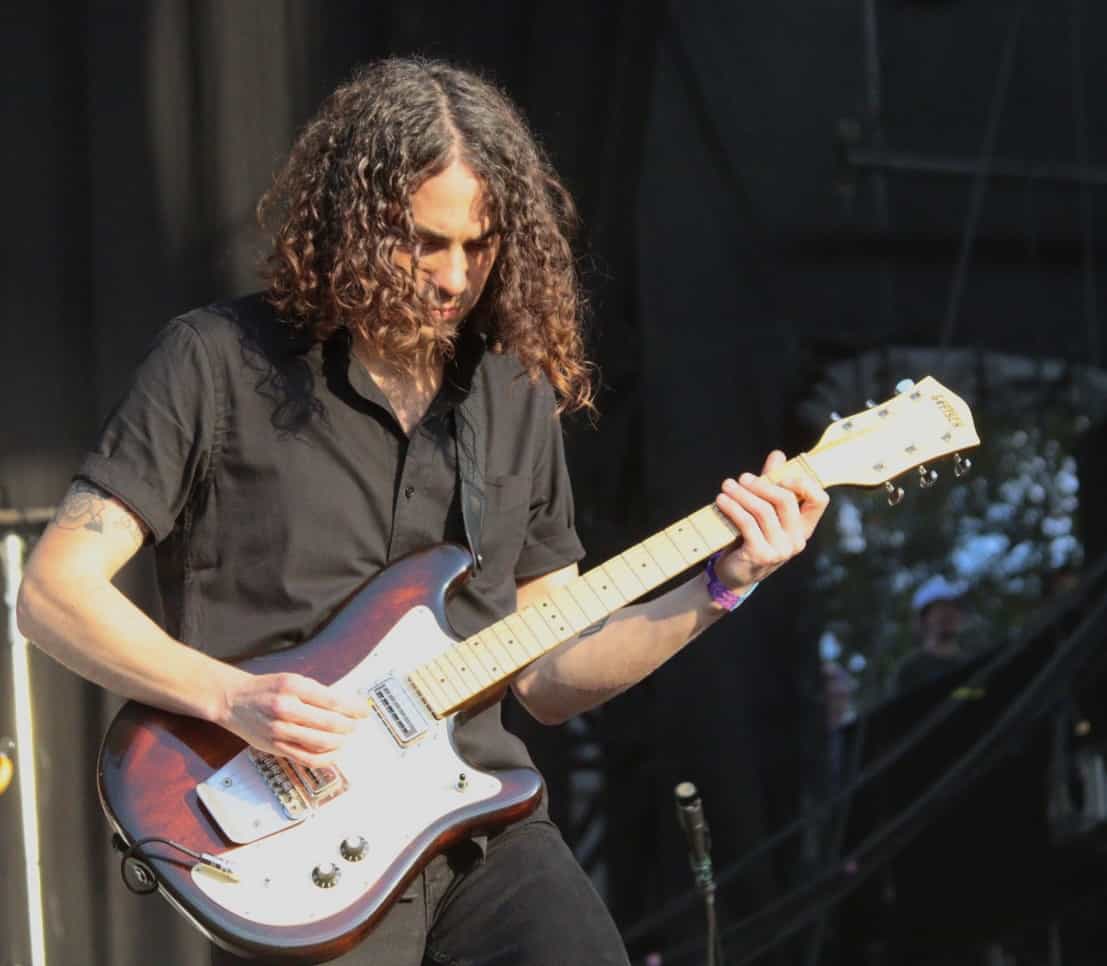 Following them on the same stage was the hall-of-fame band, the Red Hot Chili Peppers, that would ultimately close out the first weekend of ACL. The show was 90 minutes of pure adrenaline with outstanding showmanship from all four members. Performing at the same time across the grounds was country music giant Kacey Musgraves, that put on a beautiful set that helped put an exclamation mark on an unbelievable three days in Austin. 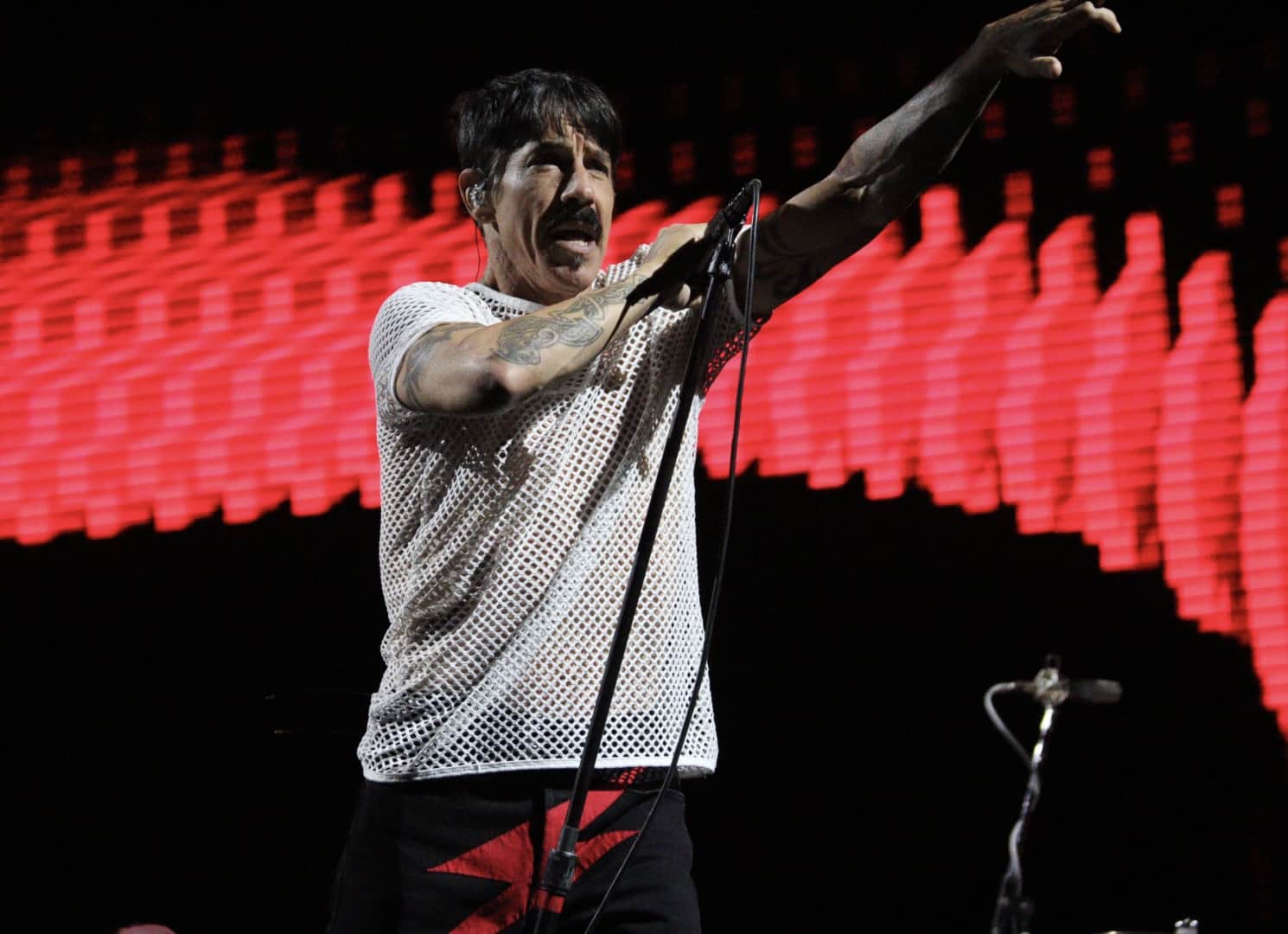 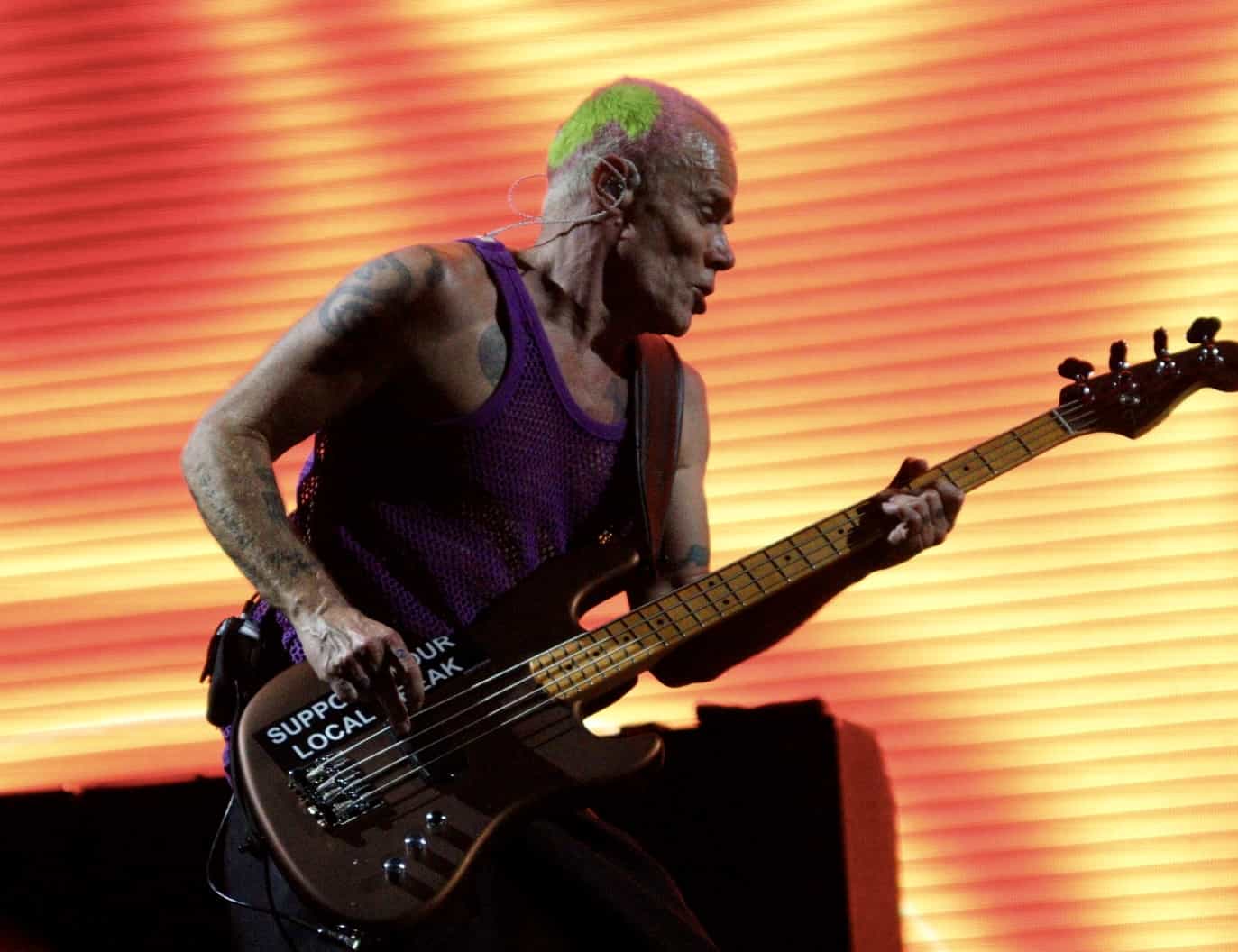 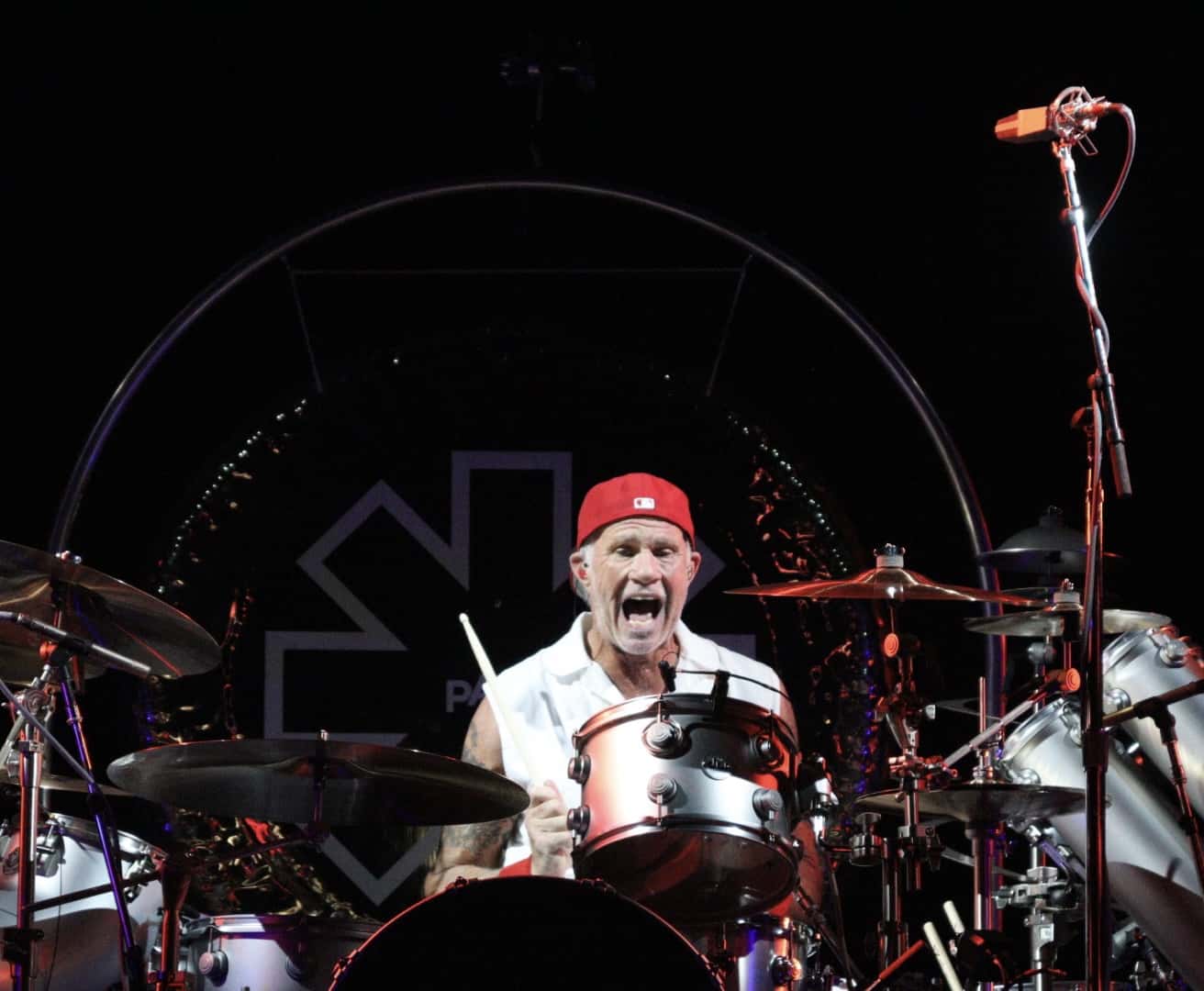 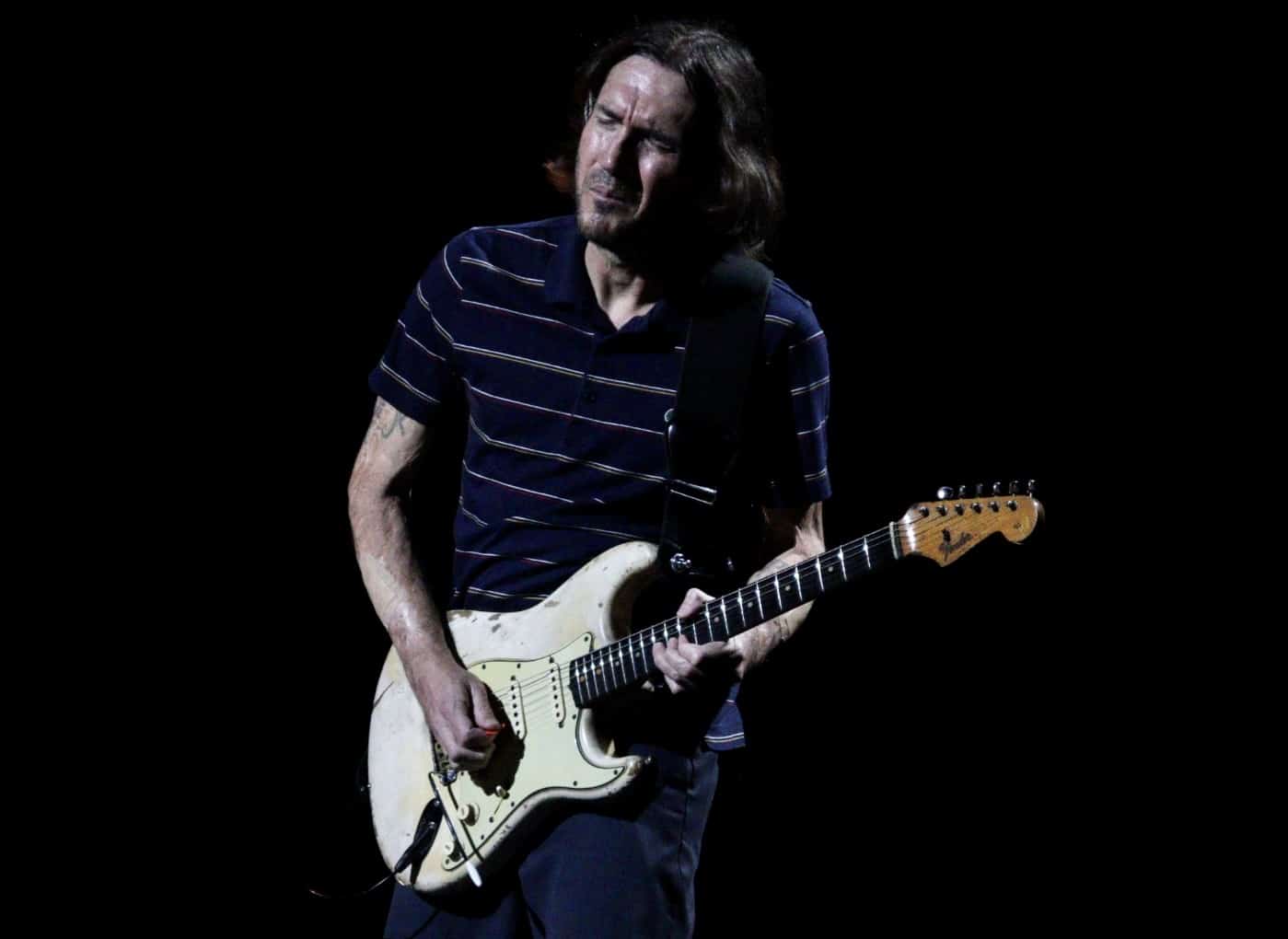 With a great first weekend in the books and a second one on the horizon, Austin City Limits 2022 proves to the masses that this event belongs in the top-tier conversation of music festivals in the United States. You’ll be hard-pressed to find an event that offers such a diverse lineup as the one that takes place every year in October near downtown Austin. It is truly a special atmosphere that is impossible to recreate in any capacity and something every music fan should experience at least once. Words do not do it justice. You have to be there. As we look ahead to the second weekend and then towards 2023, it will be exciting to see how this event tops itself yet again.