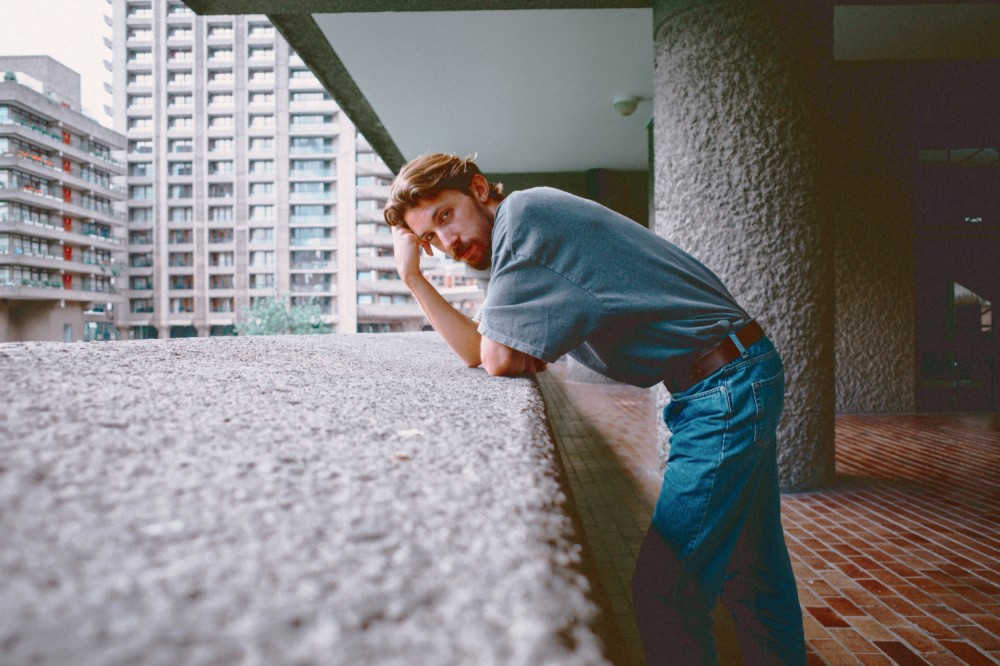 Bearcubs is a name indie-electronic fans will want to remember. The Berlin-based artist has been steadily growing his discography, beginning with his 2018 debut Ultraviolet. Last year, he took a break from his solo work to score the film Relativity, which went on to pick up a handful of German Film Critics Awards. Now, Bearcubs is back to his solo ventures with his sophomore LP.

Early Hours touches many genres while maintaining a thoroughly unique and personal sound. Bearcubs’ explorations into different styles are held together by celestial synthwork that runs through the duration of LP. From the steel drums of “Overthinking” to the upbeat percussion of “Même Langue,” a steady, summery, and relaxed tone runs through Early Hours from core to perimeter. Bearcubs took some time to tell Dancing Astronaut about the progression of his career, his latest LP, and the differences he’s experienced between scoring a film and building out his own personal catalog.

How did you approach Early Hours differently than your first LP, Ultraviolet? What did you learn from Ultraviolet that you carried into your newest project?

“With Ultraviolet it was more about releasing a larger body of music, so that people could get a gist of what I was about. I had only released singles of varying styles and a couple of EPs before, so I wanted something that said, ‘this is what I’m about.’ Early Hours was a bit different because I had more of a concept in mind once the album started coming together. I did learn a lot from making Ultraviolet, mainly that I should keep things simpler, more direct and the tracks on the next album should feel closer to each other, stylistically and thematically. I also had the realization that some of the music I was making wasn’t really fitting with my outlook anymore and what I was listened to outside of my own music, so I transitioned into making slightly lighter, more summery tracks I think.”

You moved from London to Berlin recently, how are the musical cultures of the two cities different? Did the move have an impact on Early Hours’ end result?

“Moving to Berlin definitely did have an impact on Early Hours. It was a bit of a turning point in my life because I was moving to live abroad for the first time, away from friends and family, and a lot of my friends were going off and doing their own thing too. So it sort of became a thing that I wanted to talk about my experiences over the past years alongside newer experiences of Berlin in the album. I think everyone expected me to become a techno DJ moving here, but that hasn’t really happened. It’s pretty evident that dance music culture is one of the main things here, but there are plenty of different scenes and I’ve met a lot of people making all kinds of music. Berlin feels a bit more free and easy going than London, so I prefer it here, but there are good and bad things about each city.”

Throughout Early Hours it’s clear you draw inspiration from a number of sources, perhaps most notably on “Même Langue” featuring Munya. How do you incorporate different styles into your tracks?

“Yeah for ‘Même Langue’ it was inspired a bit by ‘The good, the bad, le bien, le mal’ by Guru and MC Solaar. I wanted to make a 90s dance track but done in more of a modern way and combined with lyrics in two different languages. That sound has a real kind of nostalgia for me that I wanted to indulge. For the album it was about going back to a lot of influences from my youth, for example the 90s house and hip-hop my brother introduced me to and some of the jazz fusion records my dad would play. Then mixing these with newer influences, so each track feels a bit like a snapshot in time.”

Your latest LP has a very cohesive feeling to it, is there a certain quality or aspect you look for in your music to accomplish that?

“I have the tendency to listen to a lot of different genres so sometimes it’s hard for me to make my music only about one thing. Over the years I’ve been figuring out a way for all these styles to sit together coherently. I think I managed it to a certain level with Early Hours by keeping the sounds and moods in a similar vibe through the different songs. Also by singing on my own tracks it gives something that’s always recognizably me, whatever the style is beneath.”

“That was quite a learning experience for me. I had never scored a film before so it was a big challenge. The main thing I found with film scoring is the amount of time you have to play with and how dynamic everything can be. Instead of being confined to the imaginary boundaries of three-to-five-minute pop song structures, you have all this time to build tension and create subtle cues in relation to what’s happening on screen. I found a big part of creating the score was getting timings right and making sure the moods I was suggesting in the music were complimenting the story, giving it another angle instead of holding the audience’s hand and leading them along. It was a similar process initially to working on my own music in that I would sit by the piano and begin to work out ideas, but instead of expressing my own thoughts I was more trying to get into the minds of the characters and this fictional story that was already written for me.”

Once life starts getting back to normal, what’s on your horizons?

“Touring is my main hope if things go back to normal later on this year. I’ve been waiting a while now to play all these new songs live that have barely left the walls of my studio yet. Also, I really want to get back into collaborating with other artists, so hopefully that’s possible soon!”