Beatrice Dillon, Zuli and more to perform at Wysing Polyphonic 2019 in September Other artists to perform include AMRA (Paul Purgas & Imran Perretta), Emma Smith, Erica Scourti, Flora Yin-Wong, Jennifer Walshe, Valentina Magaletti and Ziúr (who will present the live UK debut of her new album) - Ziúr and Jesse Darling will also perform The Low Bar, their radio play of music and spoken word, which was originally comissioned by the now defunct Berlin Community Radio.

This year, artists have been urged to engage with "connection beyond the physical: connection as a channel of communication; an incantation, returning, or heralding; the calling on an ‘other’ or unknown to understand different worlds and possibilities". 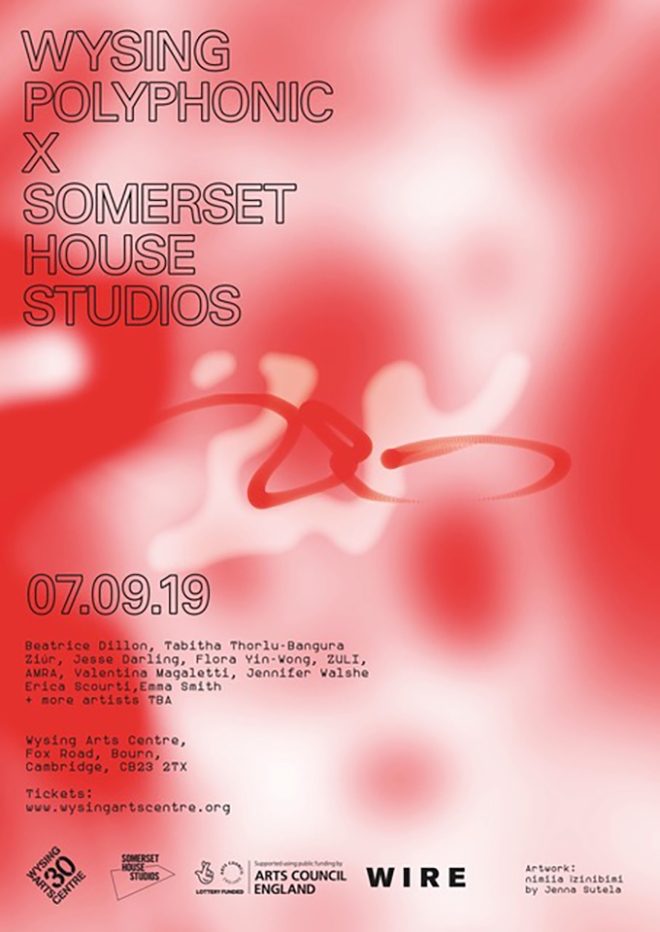