Beyond The Booth 024: From soccer to UFOs, Egzod's life-long zeals 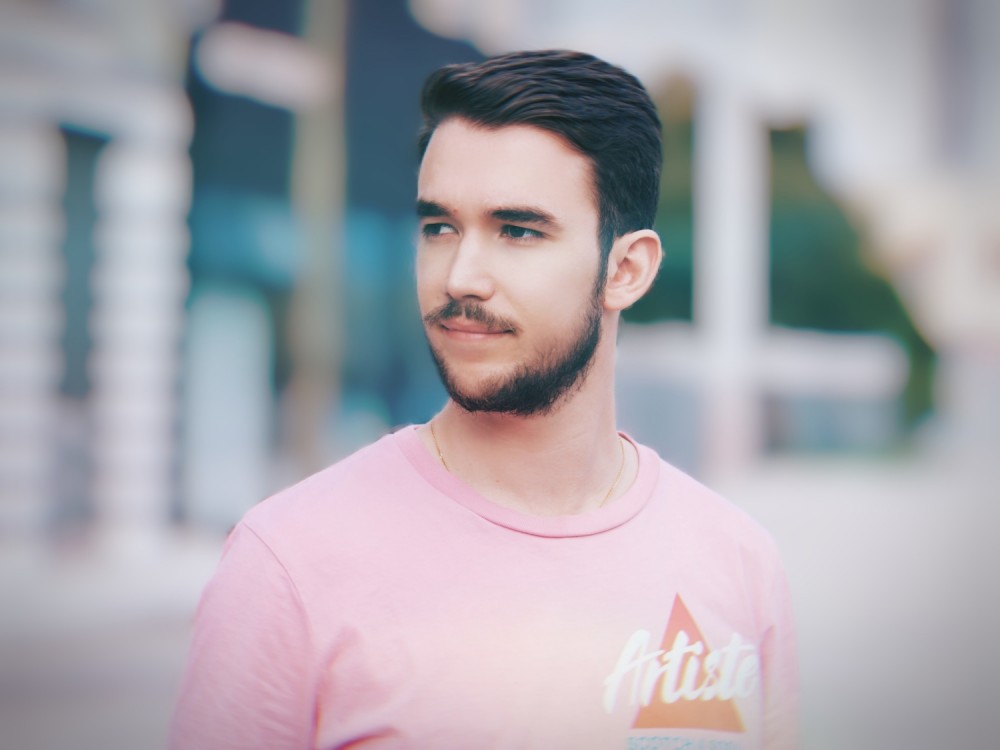 Beyond the Booth is a feature dedicated to the hidden side of artists that exists outside electronic music— a side rarely discussed with those outside their immediate circle. We venture “beyond the booth,” so to speak, and dive into their deepest passions that tie into their unique personalities. After some self-introspection, each participant then returns to the booth, providing an exclusive mix for the Dancing Astronaut audience.

In a perpetually expansive music atmosphere, genres simply serve as the skeleton for an open-ended amalgamation of artistry as the borderlines of subsets frequently bleed into one another. Since his career inception in 2016, Carlos Carvalho Martins has been exploring the fluidity of electronic without confinements through his moniker Egzod. The sonic trajectory behind Egzod, rooted in spirituality and phonetically-defined as “exodus,” embodies a global sphere of influences that forms the producer’s brand of “WorldBass.”

Egzod’s creations enrapture listeners with a cinematic landscape of bass, pulled from all corners of the globe—from Asia, to Africa, and beyond. With an ethos of intersectionality derived from multicultural ties to Portugal and France, the Miami-based soloist molds high-powered vocals with distinct sound profiles into productions that present themselves in configurations of trap, future bass, and downtempo. His dynamism as a producer has seen him supported by The Chainsmokers, Two Friends, Crankdat, R3HAB, and more, and simultaneously taken him to stages from EDC Orlando to ADE.

While Egzod has been exploring a medley of bass-infused tracks with habitual releases on NCS, Trap Nation, and Lowly, his penchant for compounded influences nonetheless manifests itself in the breathing passions of everyday life. Preserving a vivacious love for soccer that exists alongside his musicality and growing a life-long interest in the cosmic realm of UFOs, Egzod divulges the facets that constitute him as an individual outside of the studio.

In this edition of Beyond The Booth, Egzod expounds on the foundation of his sports and astronomy zeal, and the curious mind-opening effects of the latter. The Nice-hailing producer additionally returns to the booth to showcase his worldly palette of bass-heavy selections in an exclusive mix.

You have quite a handful of side passions aside from music. Were these all life-long or did they become a part of your life over time?
All my passions are life-long. For instance, I started playing soccer when I was 3 and been playing it ever since. I stopped playing it in a club at the age of 15 when I started making music though; but I still play pick up games for fun.

My passion for astronomy and philosophy comes from my mother and godfather I would say. Although, I remember my mom telling me that I would ask her existential questions at the age of 4 already (haha).
My godfather offered to me my first telescope for my 8th birthday; it was a small one and we could basically only watch the moon with it, but I would get so excited to watch the skies at night.

Let’s talk about soccer. How did you first get into the sport?
Being born in Portugal and raised in France, soccer is almost like a religion over there (haha). I’ve always loved sport in general though and I was rather competitive at school.

I love water sports as well; I did swimming in competition for a couple of years. Growing up in the South Of France, I would do scuba diving also.

Favorite teams and players, and why?
My favorite team has always been Porto because of my grandpa (on my dad’s side). I remember going to the Estadio Do Dragao to watch the games live during the holidays growing up.

Might sound cliche but my favorite player of all time is Cristiano Ronaldo. He’s obviously one of the best soccer players in the world. I have been following him since he started playing pro at the age of 17 at Sporting Club which is my grandpa’s favorite club (on my mom’s side). His determination to be the best is an inspiration. I think he deserves all his success especially after all he’s been through growing up.

How would you describe your love for soccer – are you into learning new techniques, mastering skills and following FIFA / different leagues, or do you simply love playing the sport and being out on the field?
Now, I would say, I enjoy it more playing it on the field for fun. I still try to practice tricks and learn new ones. I try to do pick games on a regular basis. I also play FIFA on the PS4 sometimes (haha). I definitely don’t follow the leagues as much as I used to except for big events like the Euro Cup and the World Cup.

How do you balance actively playing soccer with your music career?
Playing soccer has been my only work out so I try to keep it consistent and play it weekly during night time.

Tell me about your interest in UFO and Alien documentaries. When was the first time you realized this topic intrigued you?

It’s always intrigued me growing up. Like I mentioned earlier, my godfather has been a big influence when it comes to anything cosmos related. He knows so much about astronomy, physics, and electronics as well.

Besides, I think the UFO interest comes from what I experienced once when I was 14. It happened at my mom’s previous house in the South of France. It was on a weekend and I invited my best friend over to play video games at night. He then wanted to try out my telescopes, so we stepped outside to set them up. It was about an hour later that we started seeing 3 lights in the sky that would have some sort of weird trajectory. They would move really fast as well.

But what impressed us wasn’t the speed, but the random movements. Maybe it was something human made, maybe not. We still talk about it sometimes. It was really impressive to watch. After that, we came back to the house screaming “mom! mom! we saw UFOs mom!!” (haha). I do believe we are not alone in this infinite universe though.

These concepts bring into conversation a lot of existential questions. Has your research and interest influenced you in any way?

It has made me an even more curious person (haha), which led me to realize that being curious has so many benefits like increasing self-awareness and creativity. It helps us to be open minded and find ways to improve our skills and be a better version of ourselves. We get to experiment more. That actually reminds me of one of my favorite quotes from Albert Einstein: “I have no special talent. I am only passionately curious.”

So, do you believe in UFO or alien life? What’s your general opinion on the extraterrestrial theories and how society has built a perspective surrounding that?
Again, to me, there is no way we are alone in the universe so I do believe in alien life. I think the UFO topic has been ridiculed since Roswell especially because of the influence of major medias and Hollywood. The Pentagon finally admitted last year it has been investigating on UFOs though. A lot of other countries have been more opened to discuss the topic. A lot of the information we get nowadays gets distorted so it’s hard to see through sometimes. For everyone that is interested about the topic, I would recommend watching Dr. Steven Greer’s documentary, “Close Encounters Of The 5th Kind”.

Have any of your hobbies and other passions impacted your music and vice-versa?

My love for cinema and movie scores has influenced my music a lot. In my music, I want the listeners to picture the scenes in their mind as soon as the song starts. I feel like cinematic sounds are really useful to trigger that effect.