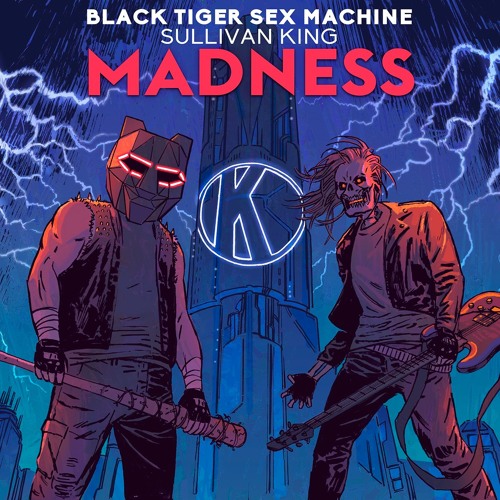 If there’s one group that you can count on to always bring the fire it’s undoubtedly Black Tiger Sex Machine. From their productions to their live performances they always bring it. Speaking productions, just a couple weeks ago they released their second track, ‘Zombie’, from their upcoming New Worlds album. And now, after a quick turn-around, they are dropping the next track from their album. To do so they are enlisting the help guitarist and producer Sullivan King to release the ‘Madness‘.

If you’re a fan either Black Tiger Sex Machine or Sullivan King then there’s no chance you won’t love this track. Sullivan King’s style and guitar blends perfectly with that signature BTSM complextro sound. The resulting track is an absolute beauty and is the perfect track to kick f your weekend madness with. Give it a listen below and be sure to be on the lookout for their forthcoming full album.