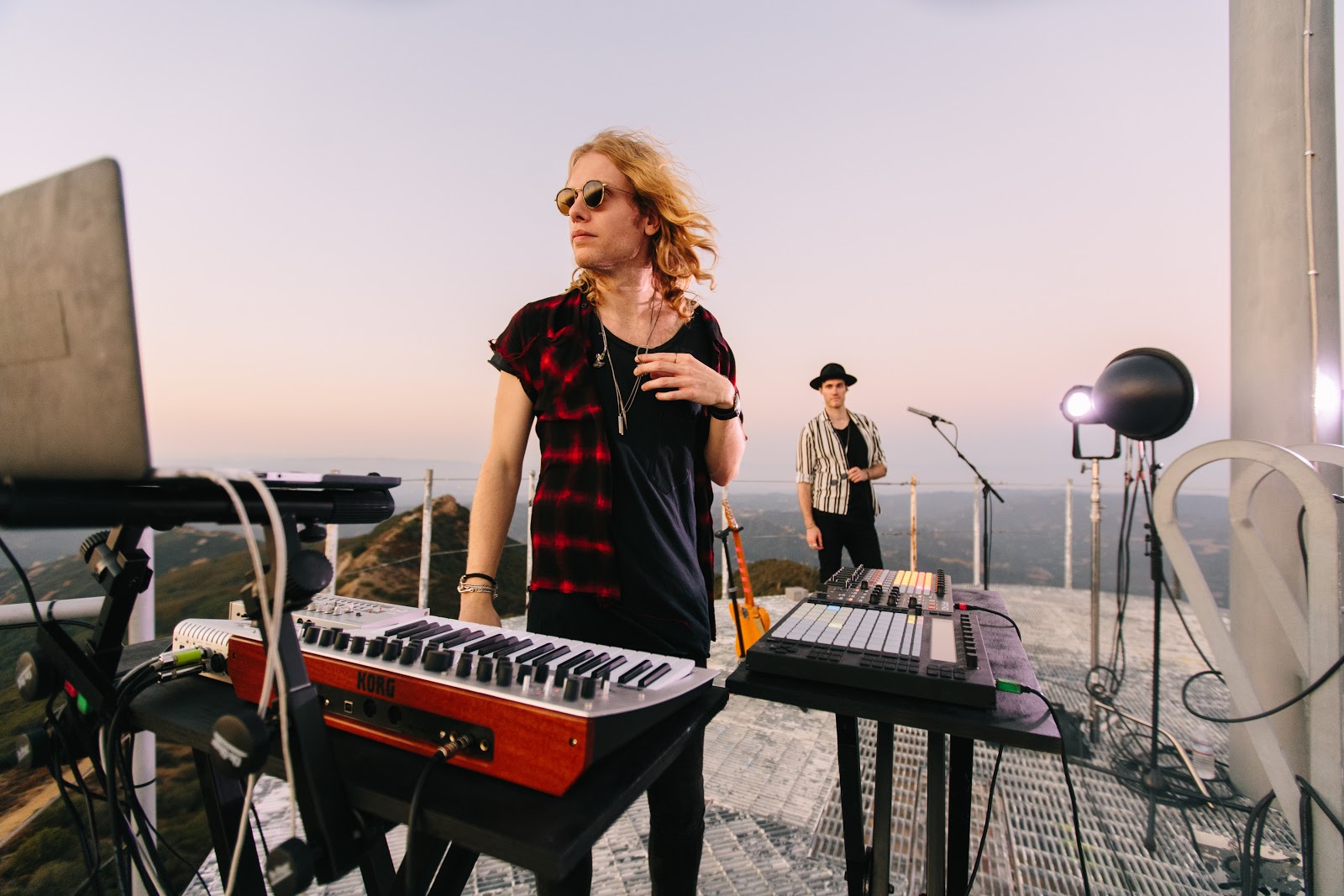 Electronic music band Bob Moses recently joined forces with Twitch for an exclusive livestreaming partnership which kicked off on October 23 with a major hour-long concert filmed from an abandoned radio tower in Topanga, California. Starting atop the skyscraping structure as night took over, Bob Moses slowly worked their way down the tower performing multiple sets in a variety of configurations, both as a band and in their original two-piece setup.

The duo of Tom Howie and Jimmy Vallance now invite fans to relive the experience with a new live album to be released on November 20, Falling Into Focus – Live 2020, featuring the entire set from the concert. On that day, the full hour-long performance film directed by previous collaborator Owen Brown will also be available to watch online.

To support the announcement of Falling Into Focus – Live 2020, Bob Moses have released “Desire (Band Version – Live 2020),” a never-before-seen and heard version of the title track from their latest project that is exclusive to the live album.

Falling Into Focus follows Bob Moses’ Desire, a love tale for the digital age: all about the positives and pitfalls of humanity’s driving wants, especially in these technology-driven times.  Tom Howie and Jimmy Vallance present six continuously mixed tracks, bringing together a thematic style of songwriting with the flow of modern electronic music.

The interactive video for “Desire,” directed by Owen Brown (creative agency CTRL5) with animation by Airplan Studio, is out now, and has garnered over four million views since its release; “Desire (Solomun Remix)” is the latest offering from the project.