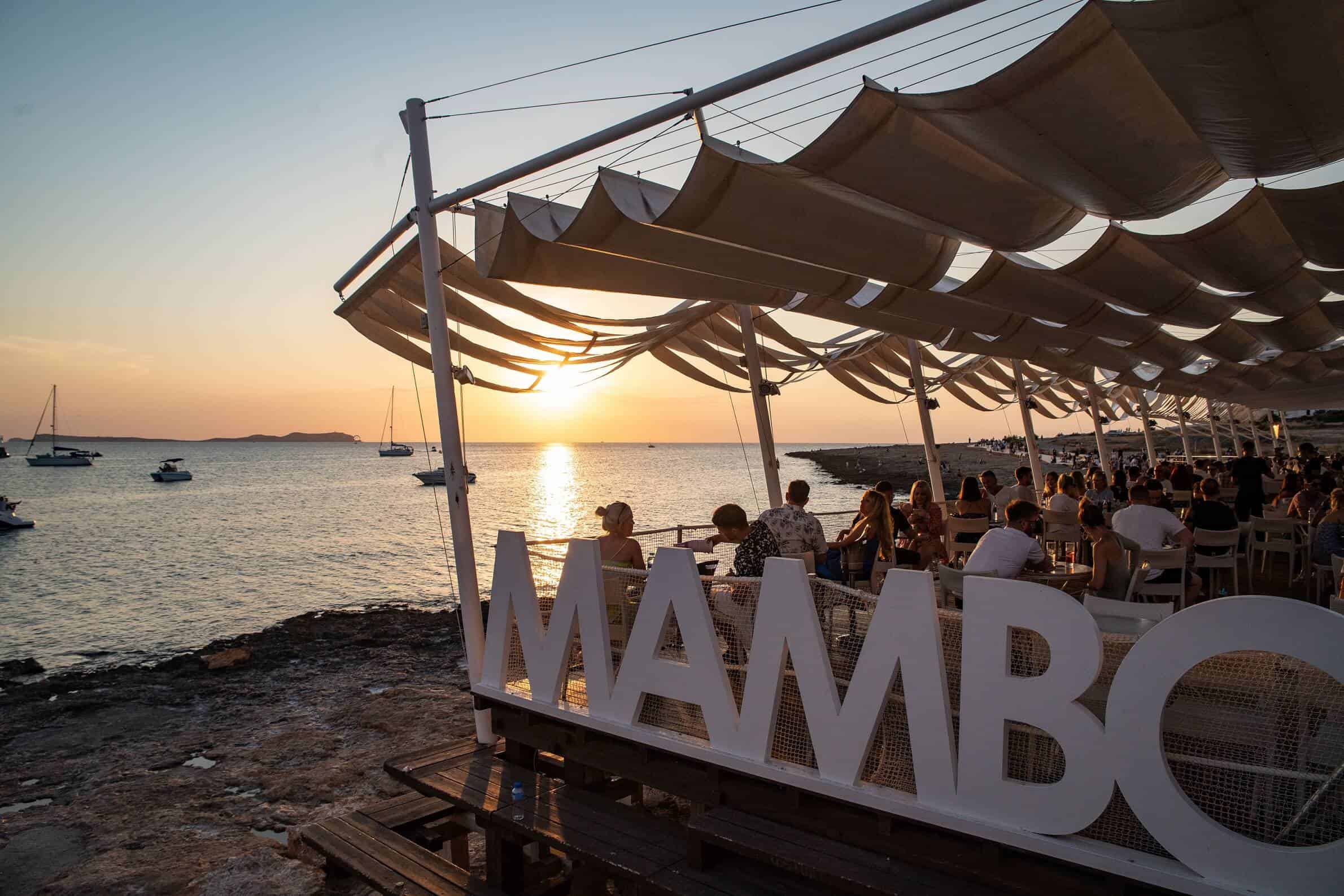 Café Mambo, the legendary Ibiza hot spot and home to the “best sunset in the world,” has officially announced it’s reopening for the 2022 summer season.  The festivities will offer a variety of weekly pre-parties as well as a tour of the brand throughout the UK during the season.

For those in the area, Cafe Mambo will be a must stop for early evening entertainment, with a new schedule of weekly events such as The Martinez Brothers taking over on Tuesday nights before their Hï Ibiza residency, while Fisher will be dropping in on Wednesdays be his night at Hï Ibiza.  Thursday will welcome Pacha and their newly branded El Baile events, followed up by Friday’s Defected Eden evening, showcasing such acts as Sam Divine, Low Steppa, and the Mambo Brothers.  Of course the weekend will keep the party going with Claptone on Saturdays and the iconic Glitterbox will round out the schedule on Sundays.  If that isn’t enough, Mambo has teamed up with Absolut for their DJ competition, offering contestants the opportunity to play a Sunset Set this September.

Beyond the in house entertainment, Mambo is hitting the road, bringing their brand to the UK for several stops over the summer months, starting with a visit Haugen on July 2nd, for a rooftop party in East London.  The festivities will resume in Bedford on July 29th for an In The Park event and conclude on September 17th in Weston-super-Mare for a Classics On The Beach party.  It is a wonderful chance for those who can’t make it to Ibiza to experience some of the magic which the Mambo brand has been providing to the dance scene since it’s introduction in the 90’s.  For full details or to make reservations, check out the Cafe Mambo website here.