Calvin Harris on his Liverpool FC bus set: “It was the biggest gig of my life” 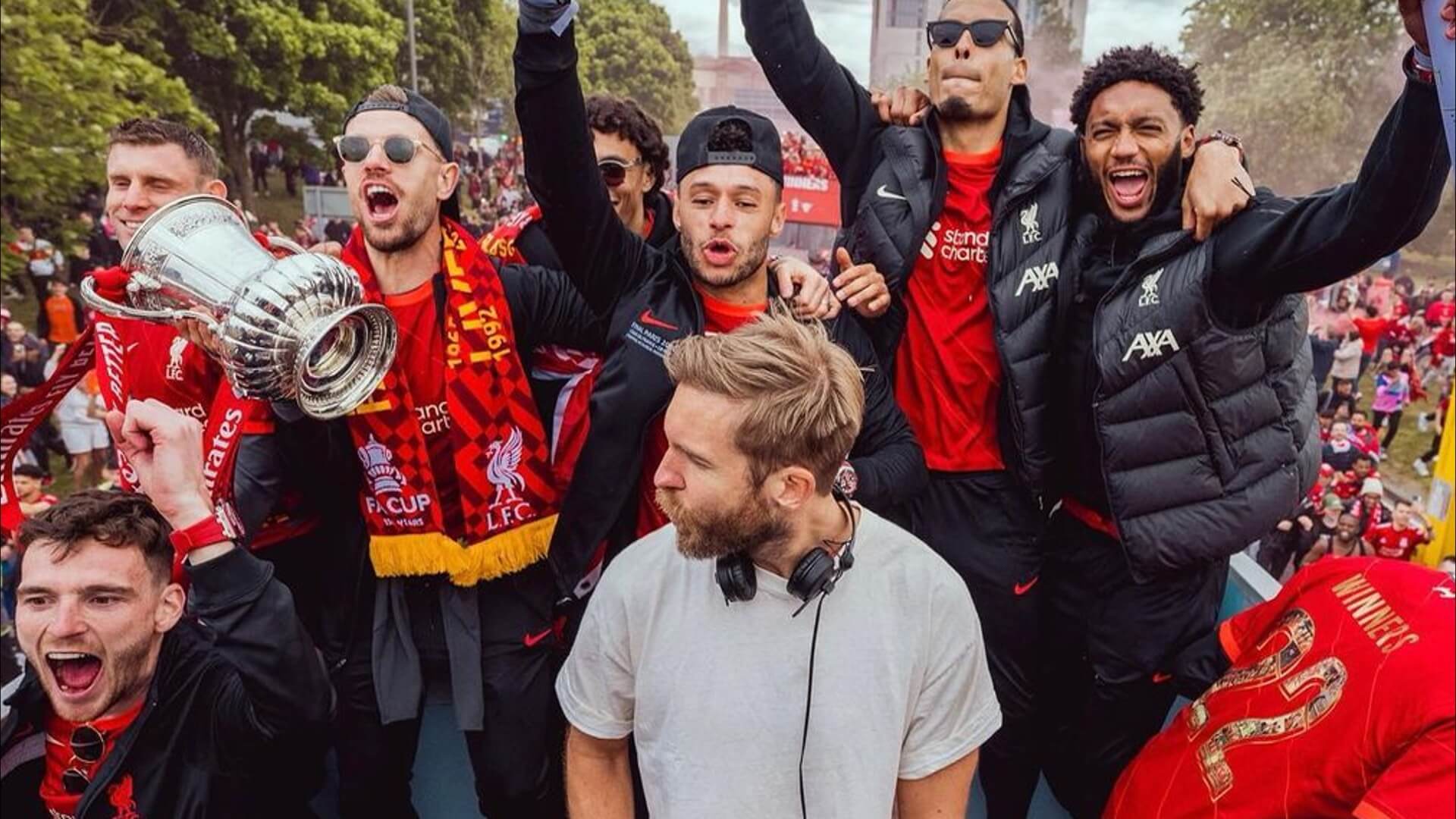 Recently, Liverpool FC fans had a unique celebration of their wins their team’s successful season, with Calvin Harris holding a 4-hour set on the top of the bus during the championship parade. For an interview, he described it as ‘the biggest gig of his life’.

The Reds had a highly successful season, with League Cup and FA Cup under their belt, and a celebration was due. Scottish left-back Andy Robertson has a flare for music, so he reached out to a fellow Scot Calvin Harris to perform for the team’s celebration. In an interview for Capital FM, Calvin revealed the story of how his 4-hour set came to life:

“I got chatting to Andy Robertson and he said, ‘If there’s anything that you could do, you know we’re doing this float sort of thing, maybe you could DJ at Anfield, maybe you could DJ on the bus. I’m like, ‘Mate, get me on that bus!’ It was probably the biggest gig of my life.”

Performing for Liverpool’s 500,000 fans was extra special for the Scottish DJ – being a Liverpool fan himself, offer was one of a kind, but in recent times his collaborative hit with Dua Lipa ‘One Kiss’ became Liverpool’s anthem. The crowd was heard singing the song from the top of their lungs, and firetruck behind the bus was blowing fireworks every now and then.

Two hours into his set, Calvin run into a technical problem that could’ve killed the set then and there, as he shared:

“The sound guy ran up from the bottom of the bus and he said, ‘We’re running out of power, we’ve got 10 percent on the battery left.’”

A brief moment of panic caught the club members on the top, as they still had to reach the docks and play for at least two more hours. Luckily, firetruck behind them ran a power line just before turning the corner for the main street.

“I cranked it, you could hear it for miles. Just in time I stick on ‘Freed From Desire’. The flares are going off. The bus is going off.
Probably the best gig of my life.”

.@CalvinHarris revealed what really happened on top of the @LFC bus parade 😂🙌 pic.twitter.com/Z0aRI0r9iI