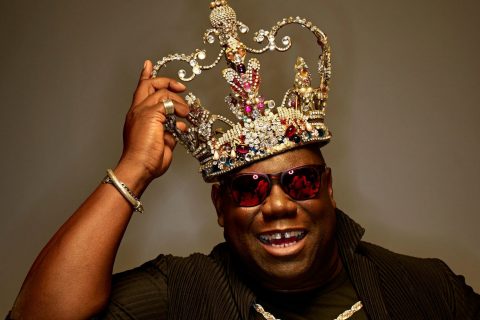 Veteran selector Carl Cox has shared new music on his own 23rd Century label after a two-year hiatus, and it is large!

The single, dubbed “PURE (El Rancho Mix) is what you’d expect from the big guy – it’s a monster of a techno tune, a ‘techno beast’ according to the man himself when explaining the release;

“This techno beast is my first solo release in some time and I’ve already secretly tried and tested it at my appearances around the globe, people have been going wild when it drops!

“It’s a real thrill to see the crowd reaction when I drop PURE into the mix. The thing about this one is that it grabs hold with a million techno-tentacles and won’t let go! Even I can’t resist when it comes on!”

Sure this would be suitable for the bedroom, but it’s certainly destined for clubs and festivals with plenty of builds and crashing breakdowns all pitted with skittish hats and snares.

Mr Cox has also jumped onto the live-streaming wagon and will be broadcasting the ‘Cabin Fever – The Vinyl Sessions’  from his home in Melbourne his Facebook page. Maybe keep an ear out to find out where the king lives 😉