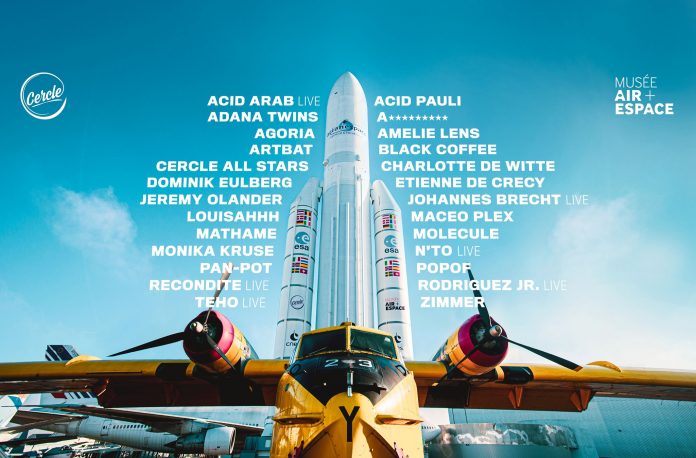 The past few years have seen the Cercle collective emerge as one of the world’s premier dance music brands, offering a perfectionist approach to the idea of streaming techno and electronic music by hosting visionary acts in pristine locations. Now, having successfully claimed their stake on platforms like Facebook and Youtube with over a million subscribers on each, the French events co-op looks to enter 2020’s festival circuit.

This year the festival takes place within the Musée de l’Air et de l’Espace (National Air and Space Museum) at the Paris Airport-Le Bourget, hosting over 20 of the acts that helped make the brand what it is today. As such, any of the artists that you may be unfamiliar with are guaranteed to have their own Cercle set, each as immersive and beautiful as they are sonically sensational. 2020’s lineup puts forth some of the most alluring acts in European techno and house, drumming up a weekend of sets from acts like Amelie Lens, Charlotte De Witte, Jeremy Olander, Acid Pauli, Recondite and Pan-Pot, who has graced the Musée de l’Air et de l’Espace alongside Cercle once before.

As an added bonus, Cercle has also partnered with Marvellous Island Festival, which falls on the same weekend of May 30-31. The collaboration allows attendees to soak up the best of both worlds, shuttling between the Air and Space Museum and the waterfront of Torcy, France. Check out the full lineup before joining this year’s pre-registration, as the first round of tickets is expected to go on sale Feb 20.