Chicago's Frankie Knuckles mural has found a new home in the Windy City.

The original tribute piece, which went up three months after the house legend's passing back in March 2014, was completely covered up following a string of building repairs in August 2015.

Initially located in Chicago's Logan Square, the mural lasted for a total of 415 days and was forced to be taken down after the structure's owner announced that building repairs had become unavoidable due to severe water damage. The colorful tribute drew the attention of house music pilgrims everywhere who would travel from all over the globe just to grab a snap standing next to it.

The destruction of the mural in 2015 caused an outcry from the city's massive music community. This prompted the local street artists behind the original Knuckles tribute to start a GoFundMe campaign to raise funds that would help them recreate the same mural elsewhere in the city. 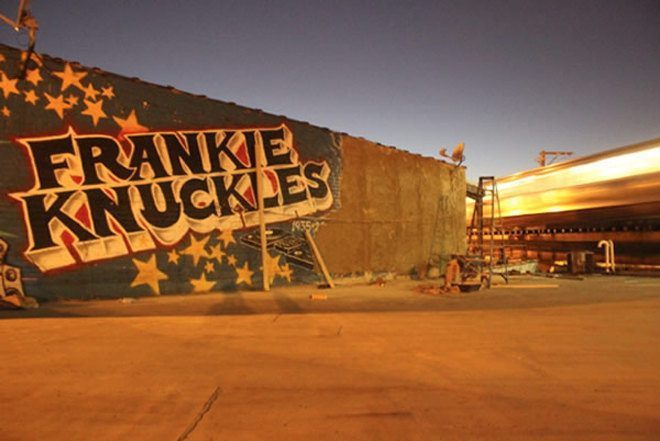 According to Chicago's local house music publication 5 Magazine, The Frankie Knuckles Foundation recently announced that three years later, a new home for the mural has been found. They hinted that the unveiling will take place on Frankie Knuckles Day (August 25, 2018) next week.

In the announcement, The Frankie Knuckles Foundation said that the mural's new home was made possible through the generosity of West Loop designer Levar Hoard and the B_line. The foundation also went on to name the artists who will be bringing the mural back to life: Michael Tupak, Flash, B-Boy B, Dez AIR and Skol CMW.

Details regarding the location of the mural, its unveiling and the celebration that will follow are to be announced in the near future.

Mixmag had the distinct honor of hosting the last set Frankie Knuckles ever recorded. Check out the late house music legend's awe-inspiring In Session mix here.