Celebrating its fifth-anniversary, Chicago's beloved summer music festivals Mamby On The Beach has announced the line-up for its 2019 edition.

Set to take place between August 23 - 24, the festival migrates to a brand new location with additional space to accommodate three eclectic stages near the sandy shores of Montrose Beach on Lake Michigan.

While the music is bound to keep the majority of attendees occupied, people can also enjoy Mamby On The Beach's all-inclusive activities such silent disco yoga sessions, nutritional and wellness workshops, live painting, tarot card and palm readings, beach-friendly games and more. 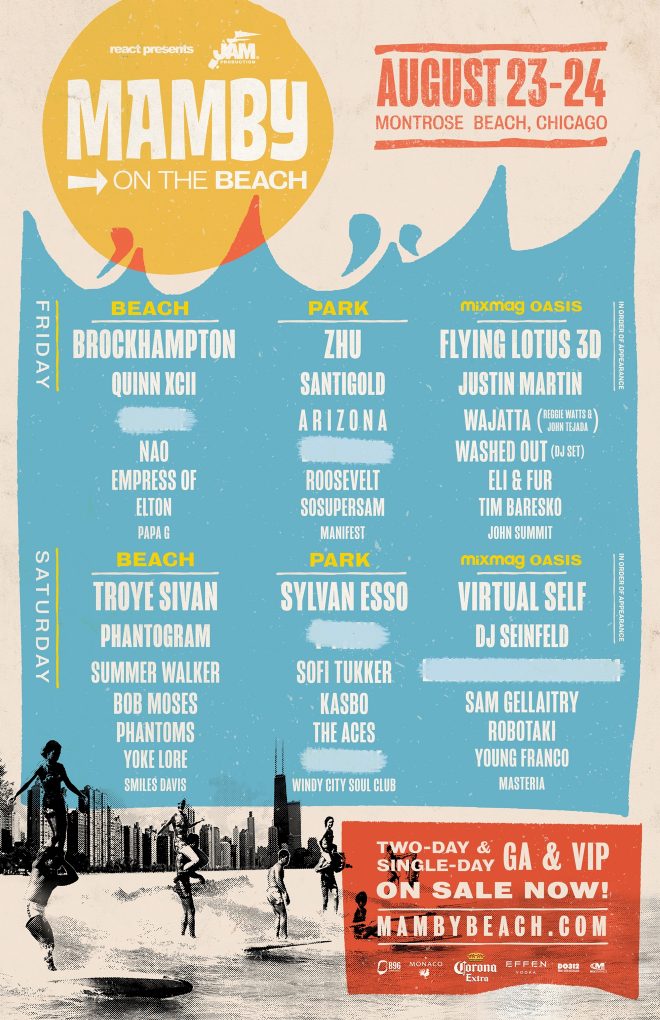