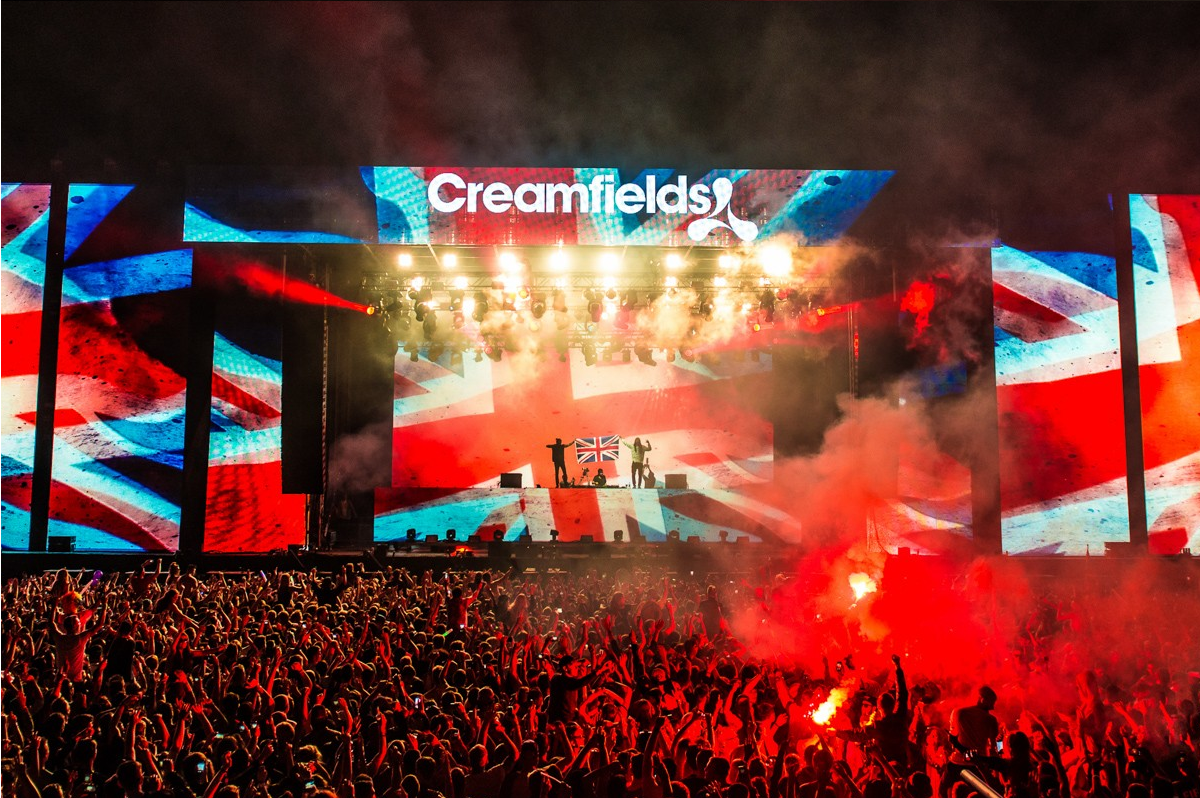 The long-running Creamfields festival held annually during the August Bank Holiday in the UK has released a spectacular lineup for its 20th year. Released in alphabetical format, there is an artist for every genre dance music. There are classic standards like Carl Cox and Eric Prydz, and newer projects like Virtual Self. Whatever your fancy, every artist on tour and most BBC Radio 1 DJs are playing, including the DJ who played the very first event, Paul Van Dyk.

The four-day festival takes place in Daresbury, Cheshire in the North West England from Thursday August 23rd to Sunday the 26th. Just the ‘A’s in the lineup would round out an amazing small festival. Above & Beyond, Adam Beyer, Alesso, Andy C, Annie Mac, Armin van Buuren, Armand van Helden and Axwell // Ingrosso bring a diverse trance and DJ set opening to the list. Long time Ibiza resident Carl Cox, and BBC Radio DJ/producer Danny Howard will play. The Chainsmokers, who recently released their bizarre music video for ‘‘ will play but may or may not be headlining.

There will be DJ sets from Chase and Status, Faithless, Leftfield and Rudimental. Doubtless that major house producers Hardwell and Martin Garrix will throw down incredible sets, though as usual it is unlikely Tiesto will throw down a trance set.

Get weird with Oliver Heldens and Galantis, experience Virtual Self’s dance music designed to elicit feelings 1999-2003 dance music, and don’t give a f*ck or sh*t with Dillon Francis. Both Diplo and Major Lazer will be in attendance, as will Laidback Luke and Duke Dumont.

Founded by Cream, one the most famous nightclubs in the world, Creamfields “features two outdoor stages and between 8-10 arenas” and is one the best known open air dance music festivals in the world. See the Creamfields 2018 lineup below and grab tickets on their website . 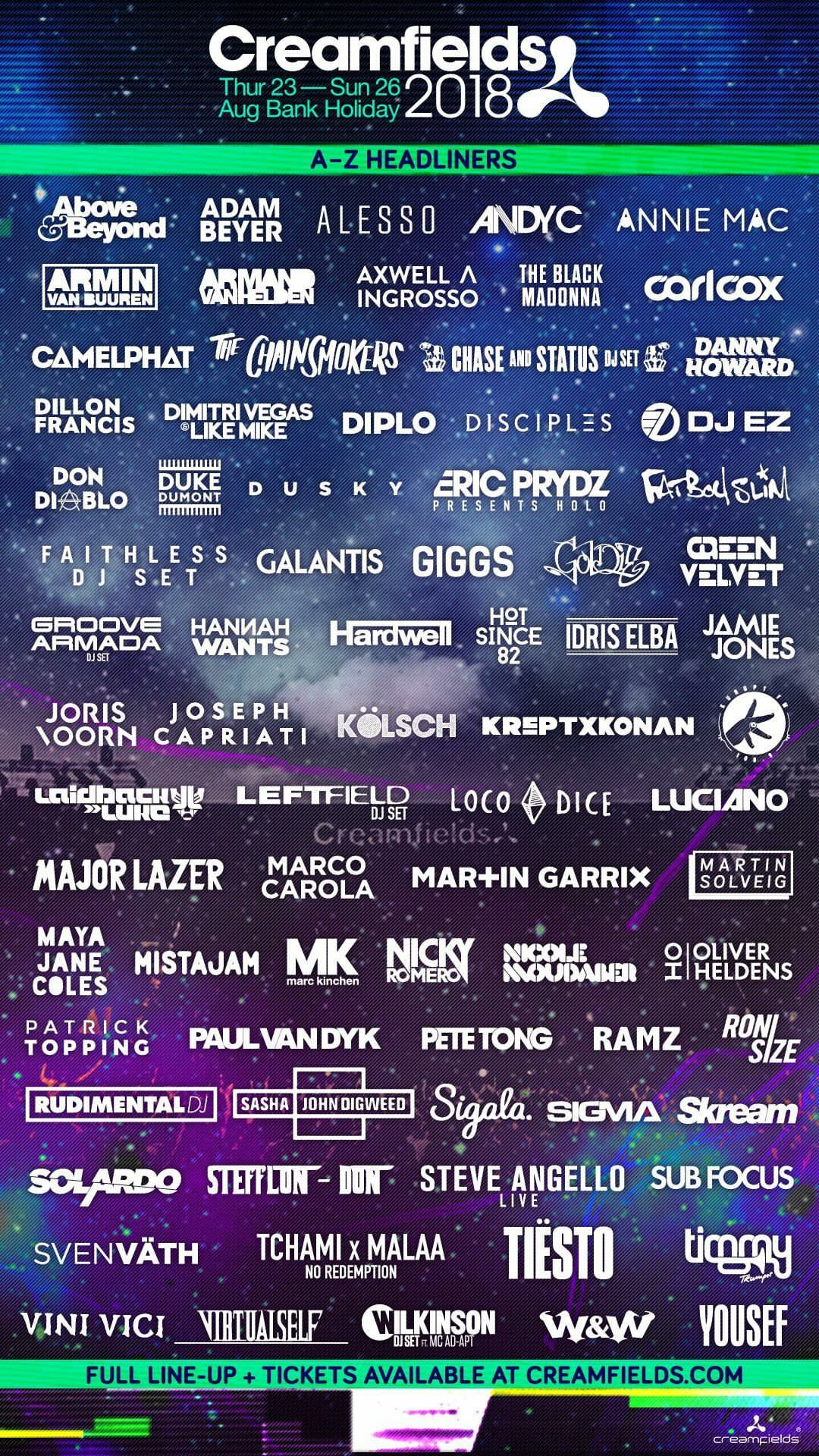