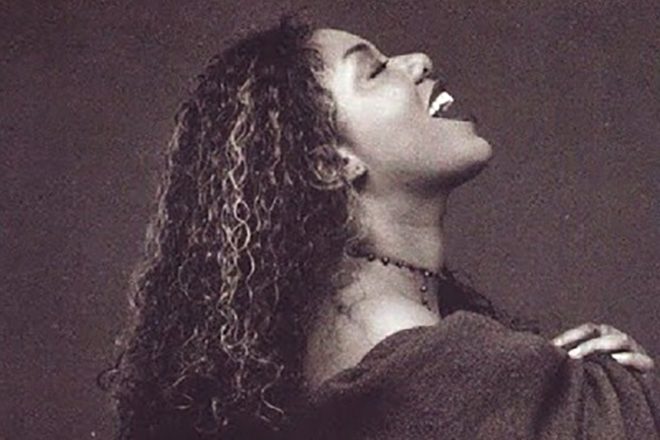 Denise Johnson, who famously sang on tracks by Madchester era bands such as Primal Scream and A Certain Ratio, has died aged 53.

The news was first announced by a friend of Johnson's on Twitter. Johnson's family have since released a statement which has been posted by BBC Radio Manchester. It states that a cause of death is currently unknown, although Johnson had been ill last week and was found holding her inhaler this morning, July 27.

Brought up in Hulme, she was best known for her work with Primal Scream.

The full statement from her family is below: pic.twitter.com/NPIHu5fXI2

Memorable guest vocals from Johnson include her shining contribution to Primal Scream’s Mercury Prize-winning ‘Screamadelica’ album, including lead vocals on the Andrew Weatherall co-produced tracks ‘Don’t Fight It, Feel It’ and ‘Come Together’.

Johnson also sang vocals for tracks by Joy Division and New Order member Bernard Sumner and The Smith’s guitarist Johnny Marr’s collaborative project Electronic, as well as A Certain Ratio, the debut solo albums from Suede’s Bernard Butler and The Stone Roses’ Ian Brown, and Primal Scream’s ‘Give Out But Don’t Give Up’, the group’s follow-up to ‘Screamadelica’.

Denise Johnson also released solo material, including 90s singles ‘I Believe’, ‘Inner Peace’ (which both came out on the Hologram Records label she set up) and ‘Rays of the Rising Sun’, the latter of which became a club hit after being remixed by K-Klass.

In 2017 Johnson released her debut acoustic single ‘I’m Not In Love’, and in 2018 she released an acoustic version of New Order’s 1987 track ‘True Faith’.

Johnson had finished recording a debut solo album of covers of iconic Manchester tracks prior to her death. It's called 'Where Does It Go' and is due out in September.

Denise Johnson was born and raised in Manchester, and learned to sing by listening to her mother’s record collection featuring vocalists such as Diana Ross, Gladys Knight and Simon & Garfunkel.

The first group she joined was soul band Fifth of Heaven in the late 80s, and she played her first gig with them at Wembley Arena on the first night of a UK tour supporting Maze and Frankie Beverly.

Tributes to Denise Johnson have been posted on social by 808 State, Ian Brown, Erol Alkan, and more.

I cant believe the news that Denise Johnson has passed -Her voice sews so many memories together in many contexts - but most of all she gave the best hugs -but you can hear that cant you ? xxxx pic.twitter.com/jHptOaLF6p

I truly felt this, still do.

My most sincere condolences to her family and friends.https://t.co/JNxKPcGRLu