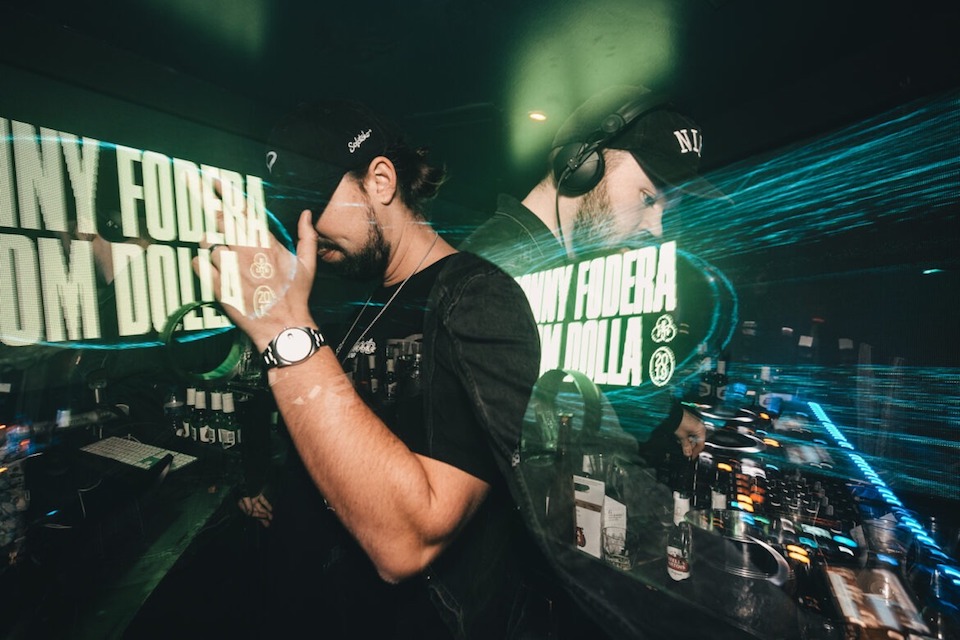 2019 belonged to Dom Dolla and Sonny Fodera. Last year, Fodera released a new LP, Rise, and his smash single, “One Night,” with MK and Raphaella which stood out as highlights of his discography. Dolla also earned distinction as Dancing Astronaut’s Breakout Artist of 2019, an award largely fueled by his inescapable singles “Take It” and “San Frandisco.”

While on their tour together, the two Australian-based producers made time to create a new track together. A product of the tour energy, Fodera and Dolla’s “Moving Blind” is a thoroughbred club track. Centered around a powerful bass line and modulated vocals, “Moving Blind” is brimming with energy. Dancing Astronaut caught up with Dom Dolla to talk about the song’s origins. Learn more about the making of “Moving Blind” below.

You and Sonny have very well established sounds, similar to each other but distinctly different. What was the process of blending both of your styles like?
Pretty smooth, I think. We both approach studio sessions with an open mind. I think it just takes an element or a hook to stick, and then the tracks find their direction pretty quickly.

“Moving Blind” feels like an incredibly club-ready song, do you think about the settings where fans will listen to your tracks while writing them?
Definitely. If not at the beginning of the creative process, then certainly towards the end, once all of the main elements have been written. Sometimes, it can be too tricky to force a direction if the tracks are not naturally heading in a particular way. [However,] I know we both like to challenge ourselves by [outlining an idea] for the type of record we want to write before getting started.

You two wrote “Moving Blind” while on tour together. How do you think the chemistry built on tour impacted the track?
I think it allowed us to read the room at each of the shows and decide what elements were really working on the dance floor. When we finally got to play it out, the audience connected pretty quickly!

You’re two of the biggest artists at the moment who are really putting Australian dance music on the map. Are there any other up-and-coming artists coming out of Australia that fans should be looking out for?

For sure! Guys like Torren Foot, Set Mo, and Willaris K to name a few. Friends like Hayden James, Flight Facilities, and Cassian have been smashing it over there for some time now. It’s exciting to see things evolving and becoming more musically driven on the dance floor.