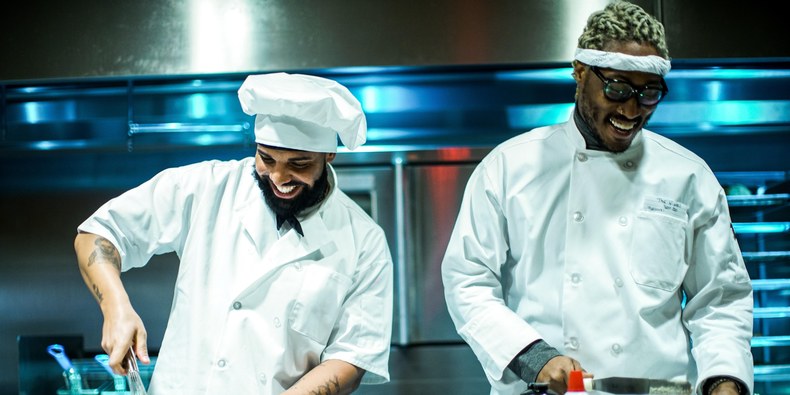 It’s been just about four years since Drake’s name has been credited alongside Future’s, since the What A Time To Be Alive days to be exact, but the collaborative drought has ended with “Life Is Good,” so pop the champagne and let it bubble. A sharp exposition of Drake and Future’s synergy, the earlier LP yielded the pervasive cuts “Jumpman” and “Big Rings,” and “Life Is Good” appears destined for the same sort of ubiquity.

The hip-hop mavericks’ latest outing rebels against the conventional song format in which rappers fluidly trade verses over the same sustained beat. In contrast to this stylistic standard, “Life is Good” is essentially two singles bundled under its titular umbrella, one supplied by Drake, the other, Future.

Drake handles the opening duties, and with a decisive switch of the beat, passes the verbal baton to Future, whose flow is characteristically voluble. “Life is Good” is accompanied by a music video that sees both artists assume various service roles as 21 Savage, Lil Yachty, and other artists make cameos.