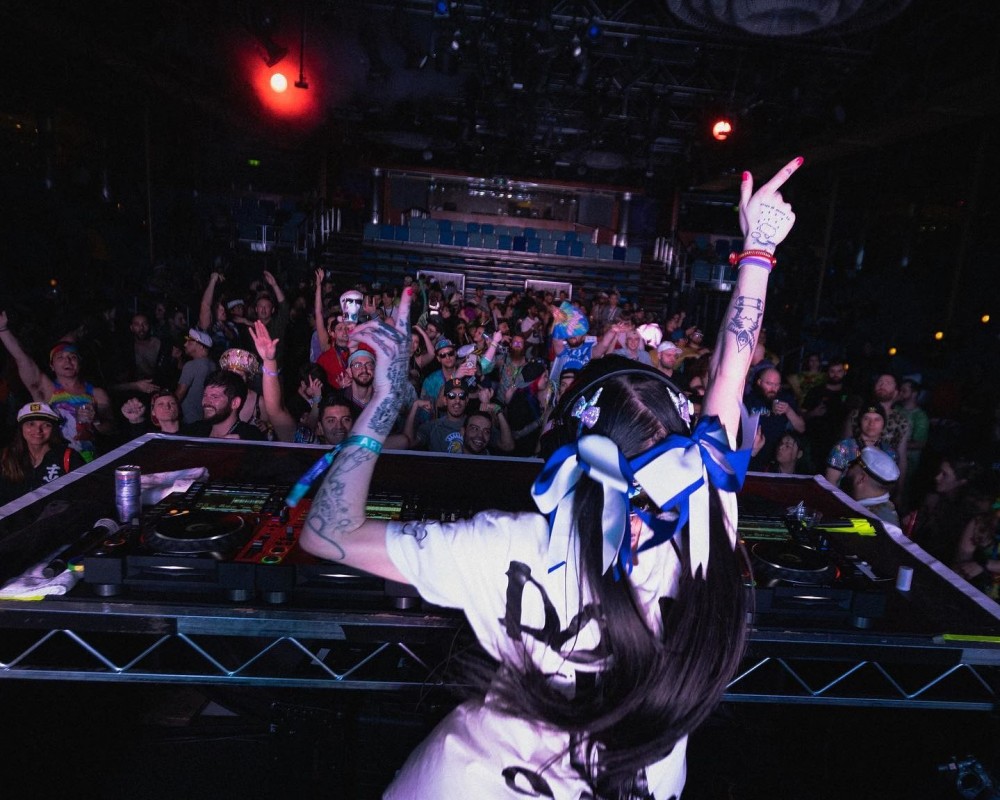 From the moment they appeared on the scene just a few years ago, the always-impressive Ducky has established their sound as that of a tantalizing polarity which reflects the true inner-nature of their humanity.

On the one end, a sonic and visual aesthetic reminiscent of hyper-stylized JRPGs, complete with pitched-up vocals produced by bubbling, iridescent, dramatis personae; on the other end, a preternatural talent for grueling bass music. Since their introduction into the large-scale dance music market, Ducky’s emotion-filled style has landed her releases on Deadbeats, Dim Mak, and Spinnin’ Records.

Now Ducky is back with another single that purports this unique artistic vision entitled “HYPER BLOXXD.” Coming out the gates with a fluid wash of aural candy, the track quickly converts to a build-up that almost preps the listener for a happy hardcore drop (a sub-genre Ducky has also fully grasped) but instead finds itself taking a dive into the virulent reaches of the low end.

Check out the blissful animated video for “HYPER BLOXXD” below.