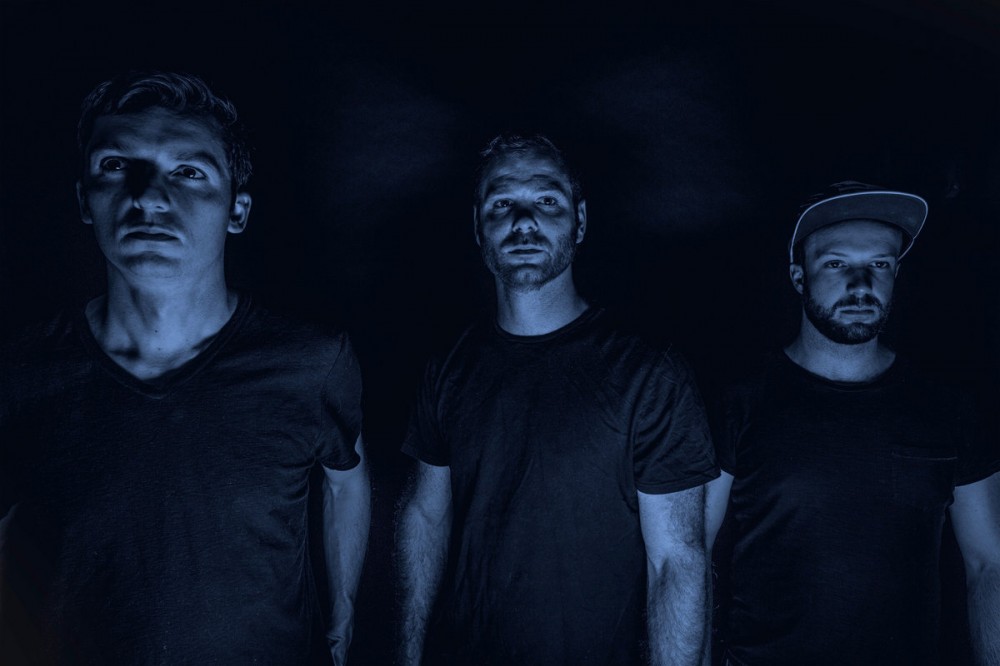 DYNOHUNTER have released their self-titled album starting with the lead track, “Mojave,” which was inspired by late nights deep in the desert. This sets the tone for what becomes a long journey into DYNOHUNTER’s range of tribal, psychedelic, and progressive moods, spanning 11-tracks coming in a bit over a hour and twenty minutes of play time.

“Kingston Pulse,” premiered by Dancing Astronaut, comes armed with an undeniable bounce wrapped atop a mean bass groove and complementary synth stabs for the groups signature tension and release long-form arrangement style, playing towards their epic journey canvas. Throughout the piece, listeners are introduced to influences of world music in conjunction with house music, for example the tropical tribal slappers such as “Above the Fray,” “Usuthu,” and “Mama Paduri.” “Raimondi Sequence” and “Lost City of Enki” come from a more techno perspective, showing the group’s versatility within the electronic space.

Standing as one of the few live tech-house crossover acts in the scene, DYNOHUNTER are a three-piece ensemble from Boulder, Colorado whose forward-thinking live performance aspect and technical prowess earned them slots at Electric Forest and Bonnaroo this year. Their livetronica approach has caught the eyes and ears from some of their biggest like-minded counterparts, having opened for Papadosio, Eoto, Opiuo, Sunsquabi, Ott, and The New Deal, as well as supporting world-renowned DJs like Shpongle, Bonobo, Infected Mushroom, Klingande, and The M Machine.

“The release of this album is an awesome and welcomed milestone.” DYNOHUNTER told DA. “After all, we only get to release our self titled album once. Dynohunter is on a mission to dig deep, extract and create the vibe and sound we have dreamed this project to be about. Some of these tracks were started years ago and some as we formulated just as the idea for this full length album was born. Ultimately, this album peaks into every corner of our style and passes onto listeners what we feel is the essence of our sound. Sit back and be transported to our world!”