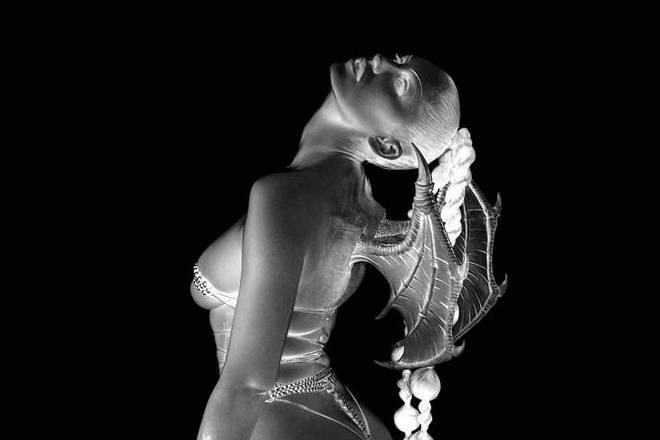 Eartheater has released a new single this week ‘Below The Clavicle’ with PAN. It’s her first release for the label since her 2018 album ‘Irisiri’.

‘Below The Clavicle’ is a meandering, entrancing track; it’s more acoustic in its instrumentation than Eartheater’s 2019 mixtape ‘Trinity’, which featured collaborations with various New York producers like AceMo and Tony Seltzer, as well as British producer Kwes Darko, among others. ‘Below The Clavicle’ features her signature eclectic vocal performance, now piercing, now lulling.

Read this next: PAN: How Bill Kouligas and his clubland cohorts built an experimental empire

Eartheater hints in the press release at a forthcoming album: “I wrote ‘Below the Clavicle’ when I was waiting to understand more about a situation before talking about it — when the meaning was still below the clavicle and hadn’t made it up to my head yet. The understanding was still underground — forging in my heart and gut. In my upcoming album, I thought a lot about lava and volcanoes and the formation of stone and mountains.”

Listen to ‘Below The Clavicle’ below.