Eris Drew and Octo Octa have announced they will be embarking on a worldwide T4T LUV NRG tour in October and November, taking their label's sound and message to Amsterdam, Leeds, Glasgow, Sydney, Beijing and Shanghai.

The idea behind the tour is to organise "special queer oriented, inclusive events in a safe space that celebrates self-love, positivity, and diversity across the world." As revealed in an Instagram post on the T4T LUV NRG Instagram account, all events will feature "enhanced anti-harassment, gender neutral bathrooms, and comparatively accessible entrance fees."

Both Drew and Octa will also play an extended back to back set alongside local DJs.

Octo Octa recently released a single - titled 'Can You See Me?' - which is off her forthcoming album, 'Resonant Body'.

You can grab tickets for the tour here. Check out the full list of dates and the tour flyer, as well as Octo Octa's 'I Wanna Tell You A Little Story About House' Cover Mix, below. 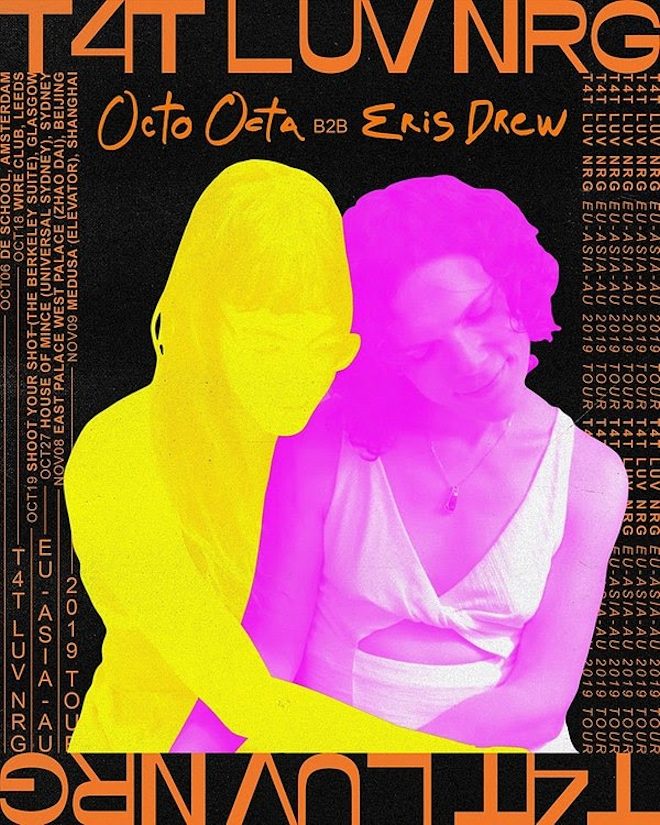 Eris Drew's personal awakening has merged with her stratospheric rise as a DJ
Eris Drew and Octo Octa launch new imprint, T4T LUV NRG
Octo Octa's DJing and production are a testament to the transformative power of the dancefloor