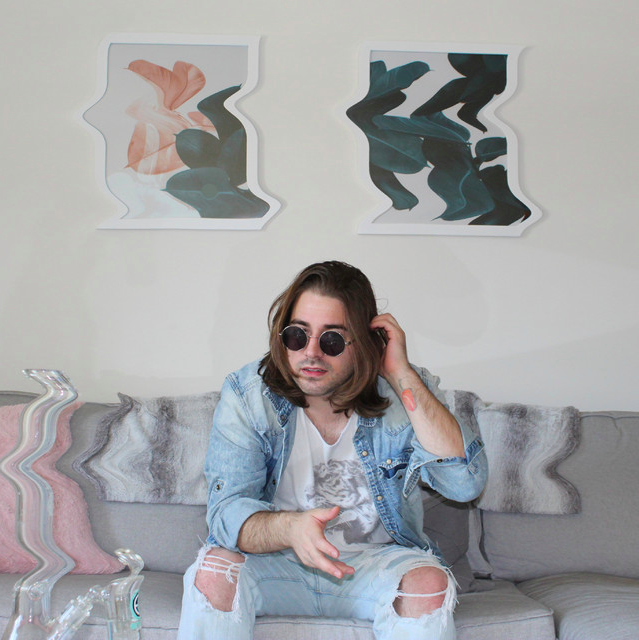 Using various alternative electronic styles and soaking them in new influences, Grand Larsonie brings a spirituality-filled take on music that started with the single “River Of Reflection,” in 2020. We had the chance to chat with the emerging independent electronic artist about his latest release, creative process and upcoming plans.

Hello Grand Larsonie! Great to have you at EDM Honey!

Congratulations on your latest release! What is the story behind ‘Trans-porting’? What inspired you to create this piece?

Thank you! Trans-porting was fun because I woke up one day with a whole day to myself and I knew I wanted to make a new track from scratch. 9 hours in the studio just playing with sounds. Good day!

How would you describe your sound?

I like to think my sound evolves over time. (Always a student, never a master mentality),but I tend to gravitate towards synth sounds, and combine long notes with fast drum breaks. It's hard to say where my music falls but I like to think it's in the psychedelia realm.

Just like most artists I feel like I pull inspiration from whatever I can, my process starts before I sit down at a computer or keyboard. Lots of hikes, some reading and definitely movies, especially these days. It takes some time but once I get an idea I can sit down and execute that feeling pretty well.

What are some of the EDM artists you have recently discovered?

I recently heard this track by "The Mob" called Falling - Murder mix. It's a great take on the Twin Peaks theme

"Tom VR", were spoiled with so many great new artist right now.

Do you have any artists who inspire you and influence your sound?

Are you planning any collaborations? Who would you like to work with?

I collaborate with Furred T on some smaller projects and I love working with him, but if I could pick an artist that I could work with and feel like I really made it, I would say Amon Tobin, he just has the most interesting sound.

What next for Grand Larsonie? In 2021, you have already dropped 3 singles, are you working on new tracks?

Yeah my project right now is 1 single at the end of every month for the rest of the year. So be prepared for 9 more tracks this year. Beside that I have a separate art film that I already sent to a few film festivals. I'll release that to the public later this year.