Four people charged in connection with the murder of Pop Smoke 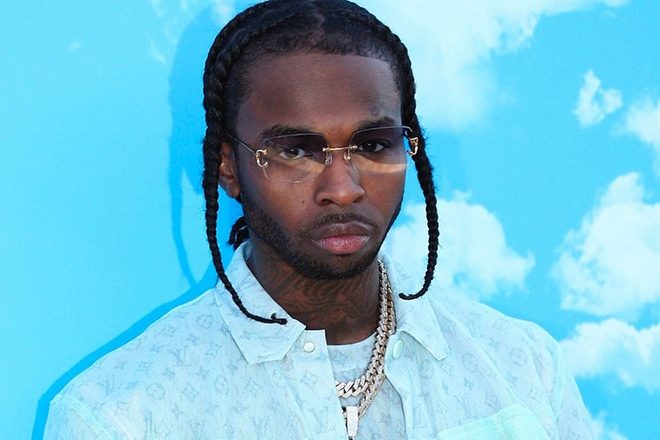 Last week on July 9 the Los Angeles Police Department announced five arrests had been made in connection with the murder of Pop Smoke, real name Bashar Jackson.

It has now been revealed that four suspects have been charged with murder during a robbery and burglary.

Two suspects are adult men named Corey Walker and Keandre Rodgers, who face the death penalty or life in prison without parole if convicted. The other two suspects are aged 17 and 15, and are each being tried on one count of murder and robber in juvenile court.

The other man arrested, 21-year-old Jaquan Murphy, is not mentioned in the D.A.’s Office’s press release.

Pop Smoke, aged 20, was murdered in the early hours of February 19 this year. He was shot at around 4:30am during an alleged home invasion in the Hollywood Hills, and pronounced dead at the nearby Cedars-Sinai Medical Center.

Earlier this month a posthumous Pop Smoke album titled ‘Shoot for the Stars, Aim for the Moon’ was released.