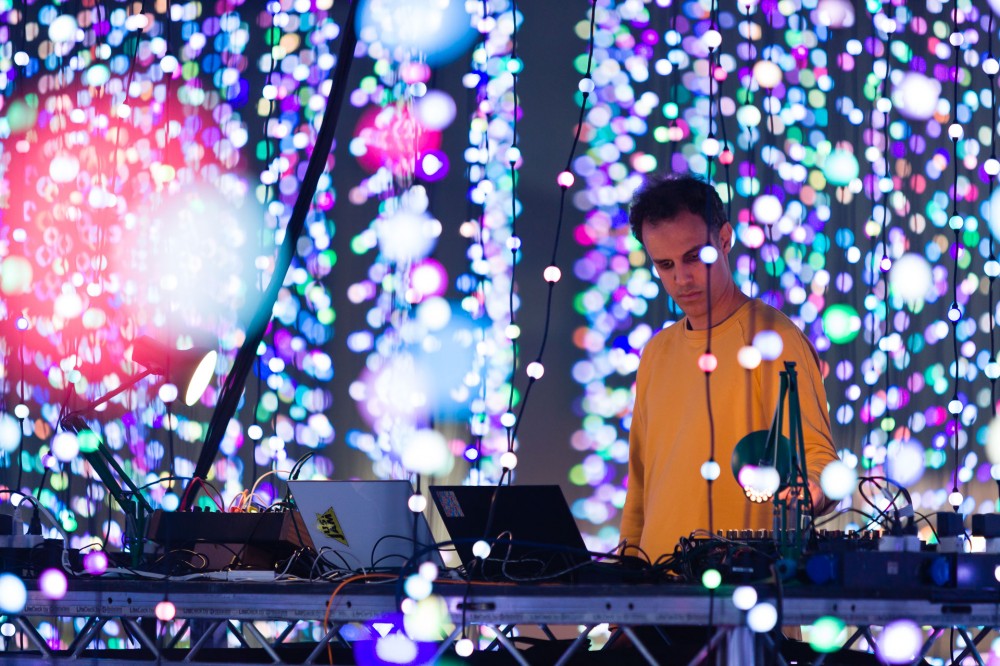 Earlier this year, Four Tet released his 10th studio album, Sixteen Oceans, that was critically acclaimed and another tentpole in defining the British electronic’s composer’s unique sound. Kieran Hebden has since found multiple creative outlets to continue providing content for fans including a highly praised Boiler Room set, remixing Caribou’s “Never Come Back” and releasing 16 songs on SoundCloud. His latest endeavor comes in the form of a surprise EP but under his wingdings alias, ⣎⡇ꉺლ༽இ•̛)ྀ◞ ༎ຶ ༽ৣৢ؞ৢ؞ؖ ꉺლ.

The body of work features four tracks, all of which are unpronounceable, but in Kieran Hebden manner, hold their own distinct identities sonically. Track one is a house composed of chime-ringing synths and other special effects. Track two holds a breakbeat structure, and track three is a soothing acoustic guitar song laced with ambient noises. Finally, track four features an assortment of chimes and worldly chants to round out the EP. This is Hebden’s sixth release under the moniker.