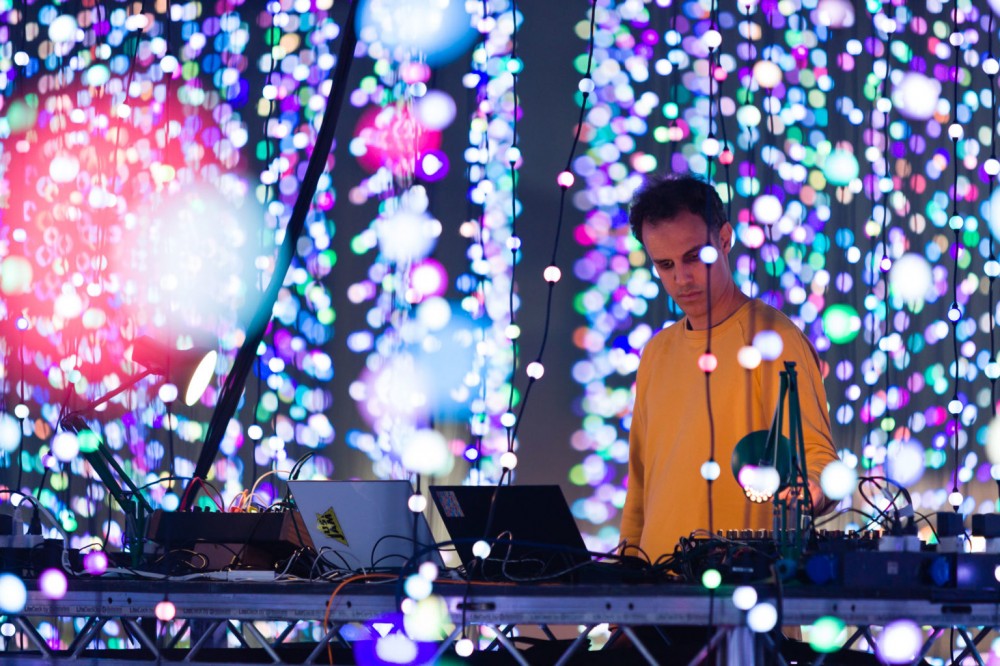 When people think about the archetypal professional producer and DJ, there are usually two characterizations that come to mind. The first is the superstar Las Vegas residents known to grace the cover of fashion magazines and TMZ scandals alike. The second is the perfunctory recluse, hiding away in some remote region of the world living in front of their laptops until they’re ready to share new music.

Kieran Hebden—who among his numerous aliases is most commonly known as Four Tet—can be found in the latter classification, and this time without touring has allowed him to revel in his solitary tendencies towards meaningful ends.

In recent months Hebden has released a surprise EP under his unpronouncable ⣎⡇ꉺლ༽இ•̛)ྀ◞ ༎ຶ ༽ৣৢ؞ৢ؞ؖ ꉺლ alias, he’s participated in a myriad of public-facing DJ streams from his home, and he’s made several radio appearances, providing mixes that display his eclectic, erratic taste in music.

Now as another offering for antsy quarantined dance fans, Hebden has shared three of his most recent radio mixes. His LoveRecordStores mix and his NTS Radio Mix respectively. Both mixes are glimpses into the mind of a madman, alternating tempos, genres, and any other factors that might define a piece of music.

The third is Hebden’s Hot Mix for his recent guest spot on Pete Tong‘s BBC Radio 1 program. This thirty-minute session sees Hebden adhere to house and techno, but with overtones reminiscent of the aural free-for-alls upon which he built his career.