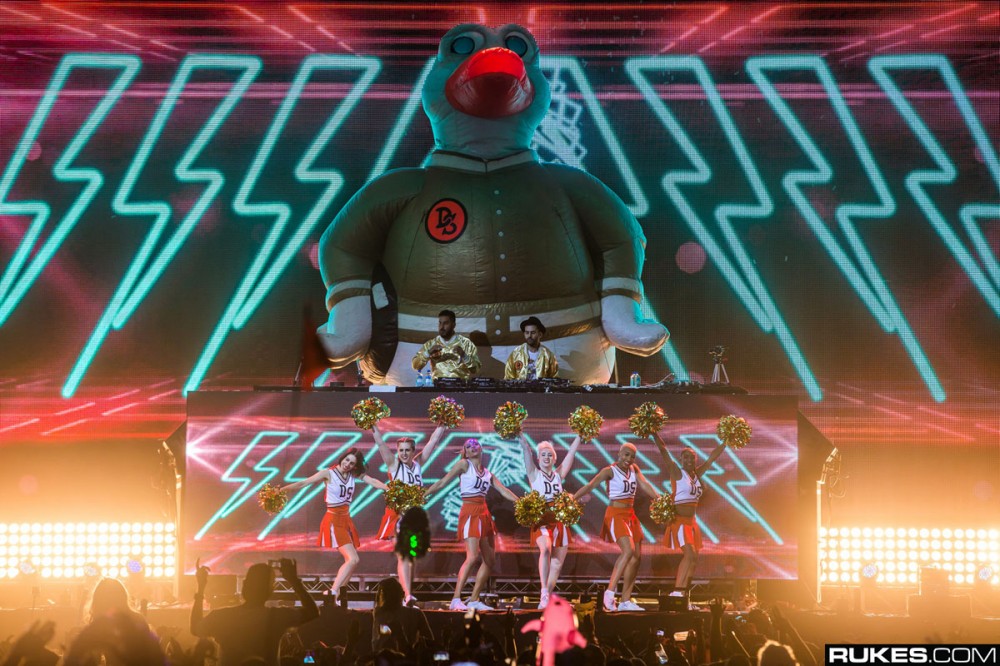 In 2014, A-Trak earned Dancing Astronaut‘s Coachella Veteran Award after he and Armand Van Helden‘s raucous Duck Sauce performance. The renowned Canadian scratch god played at the very first Coachella in 1999, returning in 2008 and again in 2011, where he played both as himself and as Duck Sauce.

The disco house tandem commanded a rug-cutting crowd from under the stoic stance of their massive inflatable duck mascot, while dancers twirled around to footworking quack-jams like “Barbra Streisand,” and “aNYway.” Retro slices, bouncing disco cuts, and a vibrant crowd come together for what was Duck Sauce’s first live performance following the release of their beloved Quack LP. It was a show to remember, as the current resurgence of these disco house veterans has made for a more than timely look back at one of Fool’s Gold’s proudest exports.