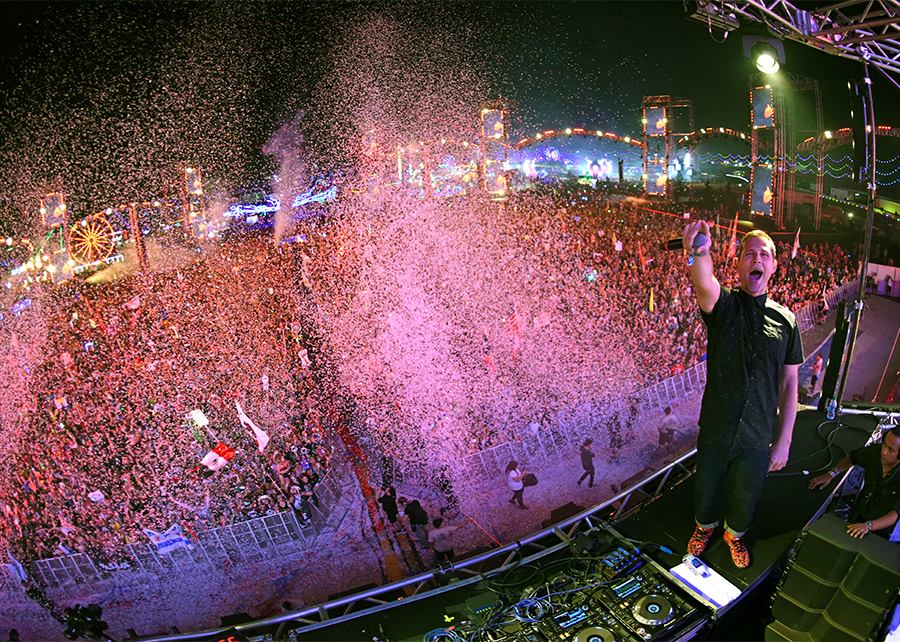 In 2016, EDC Las Vegas celebrated its milestone 20th anniversary, subsequently billing a sweeping array of dance music’s most prodigious, historic, and upcoming. Among those who took the stage under the electric sky for the iconic weekend included Alesso, Martin Garrix, Hardwell, Knife Party, Axwell ^ Ingrosso, and Kaskade. Coming off a commanding year with a seminal 2015 Coachella headlining performance, his ninth studio album Automatic, and its accompanying headlining tour, Kaskade went into his EDC performance with fully charged career momentum and a basket of fresh tunes ready for deployment.

At the time, the acclaimed American producer already held 15 years of discography and a handful of Grammy nominations, riding atop an indisputable position of success as one of the most coveted DJs worldwide. With Automatic harboring the essence of sublime, awe-inspiring Kaskade productions, its release preceded his pivot to stylistic exploration in later years—pursuing other sonics in his Redux series and his Arkade Destinations compilation. However, the stirring emotional qualities of that era find themselves prominently imbued in his 2016 EDC set.

Claiming the stage Friday night at circuitGROUNDS, Kaskade opens with a barrage of new material, initiated by an edit of deadmau5 collaboration “Beneath With Me.” Over the next hour and half, the house maven journeys through a collection of Automatic favorites like “Disarm You,” “We Don’t Stop,” and “Mercy,” to classic anthems including “Angel On My Shoulder” and “Eyes,” as well as exclusive mashups of “Atmosphere” and “Move For Me.” Weaving ecstatic tribalistic four-on-the-floor beats into uplifting melodies, Kaskade gauges a perceptive balance between pure energy and tender moments; his spotlighting of the beauty in the shared connection of music, while nevertheless, keeping the dance floor intact has allowed Kaskade’s performances to remain timeless.