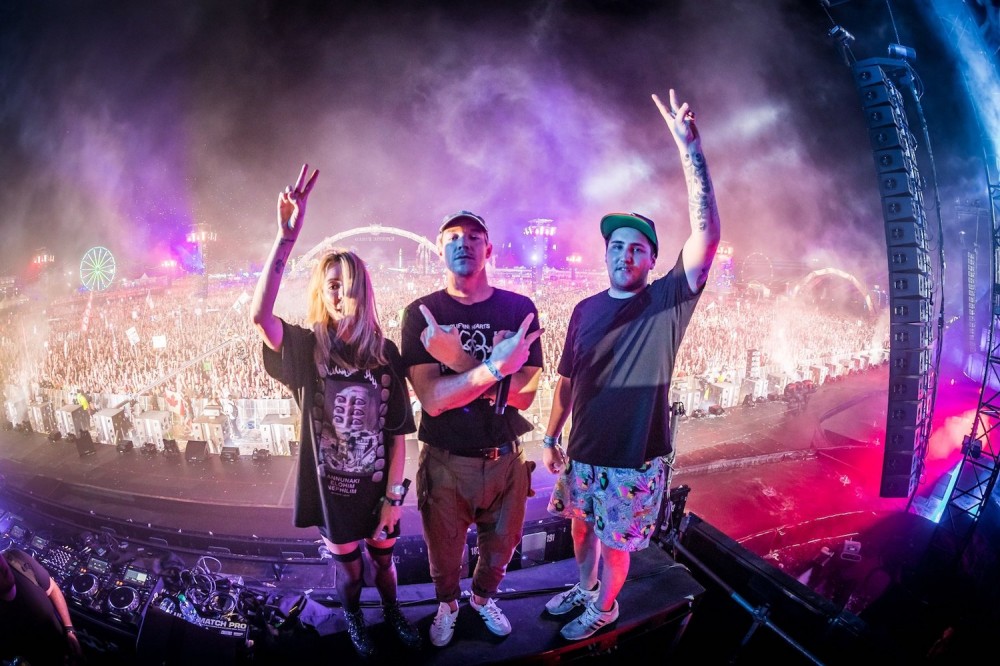 Anything can happen at Electric Daisy Carnival (EDC) Las Vegas, including a tri-artist back-to-back set that convened disc-jockeys of varying electronic tenures at the festival’s 2017 iteration. On the closing evening of EDC Las Vegas, Diplo, Alison Wonderland, and JAUZ congregated at KineticFIELD to boost the bass in what would go down in EDC history as one of the event’s most high-profile collaborative sets.

Three years later, the set continues to hold its momentous luster, and now serves as an adrenaline-spiking primer for the EDC Las Vegas Virtual Rave-A-Thon. The three-day digital affair will broadcast live from 5 p.m. PT/8 p.m. ET from May 15-17, and can be streamed from Insomniac’s YouTube and Twitch channels.