Gorillaz celebrate 20 years of the band with new merchandise, album reissues and more 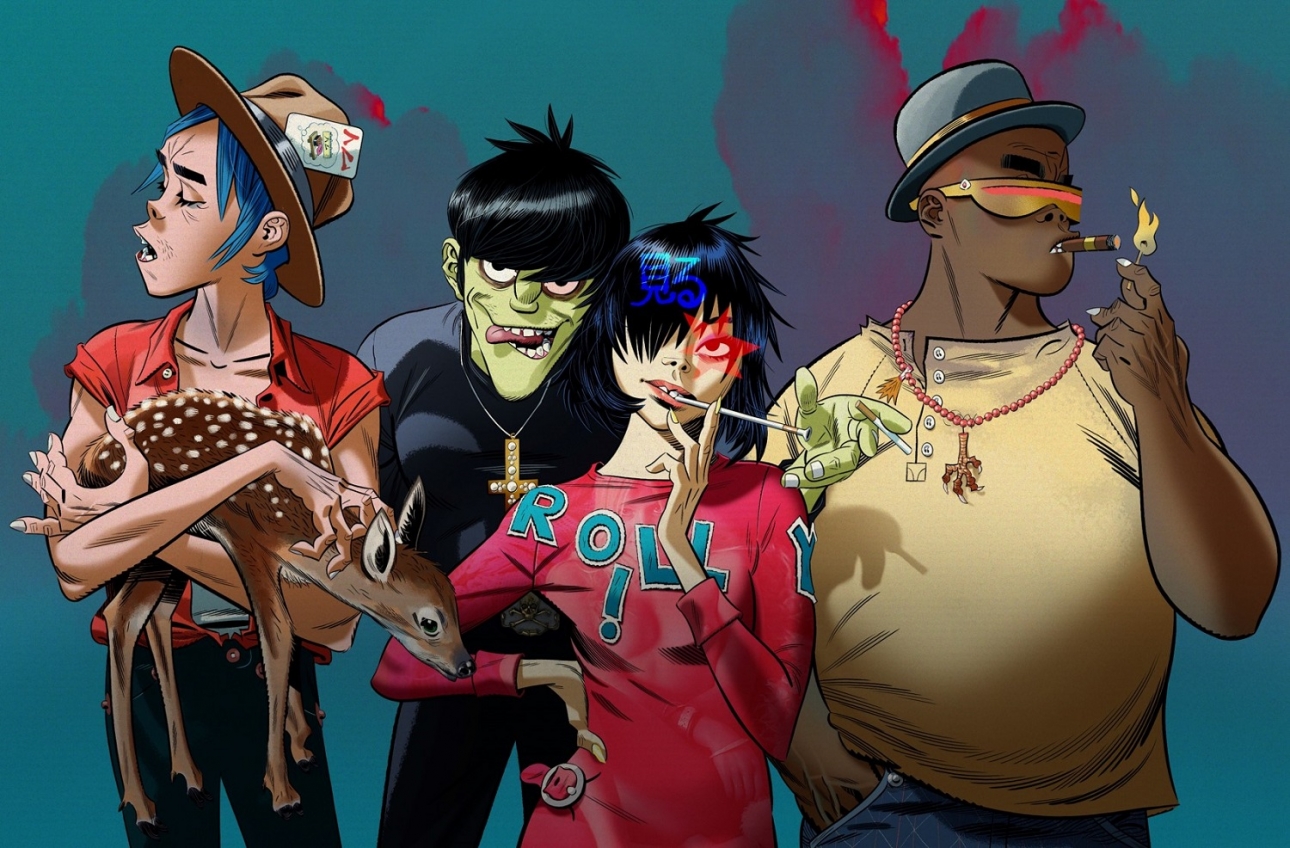 Gorillaz, a band centred around four animated members and created by Damon Albarn and artist Jamie Hewlett, are celebrating a massive 20 year legacy in 2021. Holding the title of biggest virtual band in the world (officially in The Guinness Book Of World Records), the characters 2D, Murdoc Niccals, Russel Hobbs and Noodle were drawn together for the first time on March 26, 2001 with the band’s debut album release ‘Gorillaz’.

Over two decades, the band has released seven studio albums, three compilation albums, one remix album and 43 singles. It’s not a secret that Gorillaz have done some hugely groundbreaking and impressive things over their 20 year history, and it would be hard to name them all right now. From holographic performances and 26 awards to releasing two books and selling 24 million records worldwide, they certainly wasted no time in making a massive impact on the world and the music scene. Their ability to story-tell in a digital world with colourful background stories in groundbreaking ways is what has contributed to their success, and their style is so eclectic and unique that it has drawn artists from all corners of the music world to collaborate with the band. From artists like Elton John and Jean-Michel Jarre to Snoop Dogg and even David Attenborough, you would be hard pressed to find artists who have worked with such a broad spectrum of musicians than Gorillaz. Name a genre, and Gorillaz have likely dabbled in it. Not confined to one genre or sound, it’s what has kept fans just as interested as they were when the band was in the early days.

Now, to celebrate all the above, they are doing some special things for fans to celebrate. First of all, fans will be able to shop the brand-new G-Foot collection, the band’s very own clothing line. Relaunched for this momentous occasion, the band will also team back up with Superplastic for a limited run of toys and digital collections, featuring all the characters in vinyl glory. If that wasn’t exciting enough, the first in a highly-anticipated album reissue series will become available later in the year. Aptly starting with ‘Gorillaz’, the album that kickstarted everything, a very special physical release featuring an abundance of declassified gems is promised to fans.

More information is promised soon, so keep an eye out on Gorillaz’ social pages for more information. It has certainly been a wild ride over the past 20 years, and we can’t wait to see what else they pull out of the bag. For now, go on a trip down memory lane and re-listen to the debut album down below.