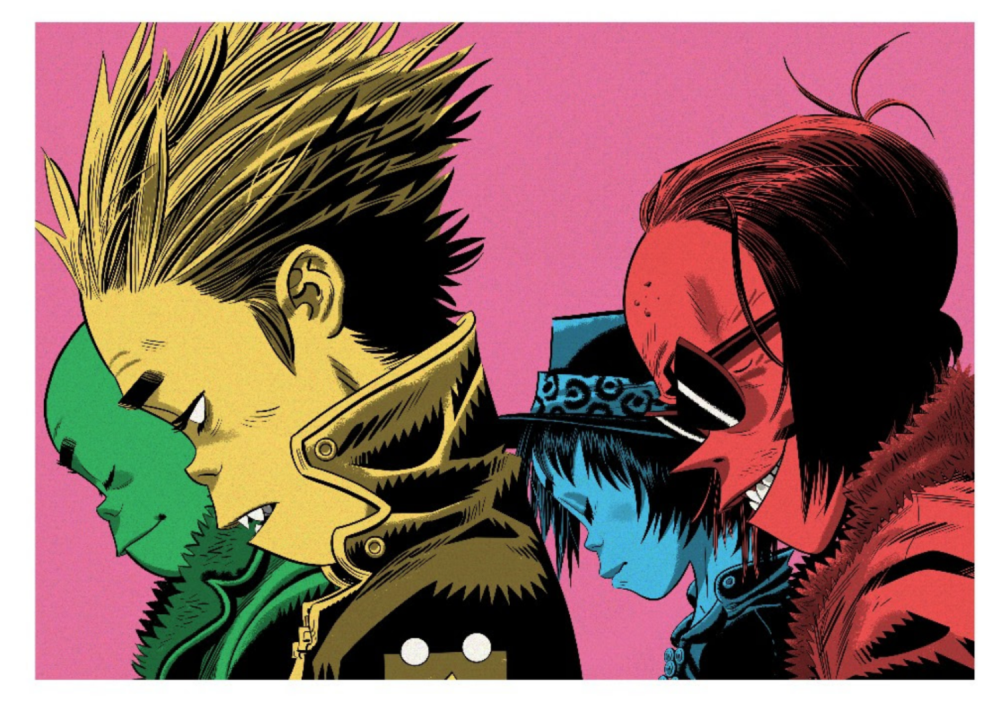 It has been two decades since Damon Albarn and Jamie Hewlett first introduced their virtual band to the world. Since then, Gorillaz have redefined the confines of what a band can be time and time again, and now the group’s visual history will be brought together in a comprehensive new 120-page “almanac” book.

The full color hardback lookbook will include a wide array of special artwork, comic strips, games, puzzles, and more featuring Noodle, Murdoc Niccals, 2D, and Russel Hobbs’ cartoon outfit along with a host of Gorillaz collaborators from over the last 20 years. On the new almanac project, Gorillaz co-founder Jamie Hewlett described the band’s visual evolution over the years to Rolling Stone,

“Twenty years of drawing the same characters you cant avoid change, I think I tried to draw more realism into them around the 4th album but now I find myself looking back at the original style, which reminds me of 1970’s Hannah Barbera cartoons which I grew up on. Ultimately I would love to create an animation style as good as Chuck Jones’s style during the late 70’s. Also, I can afford to buy better pens now.”

The Gorillaz Almanac is due out October 16 Z2 Comics. Revisit Gorillaz recent at-home performance of “Aries” on Jimmy Kimmel Live! below.