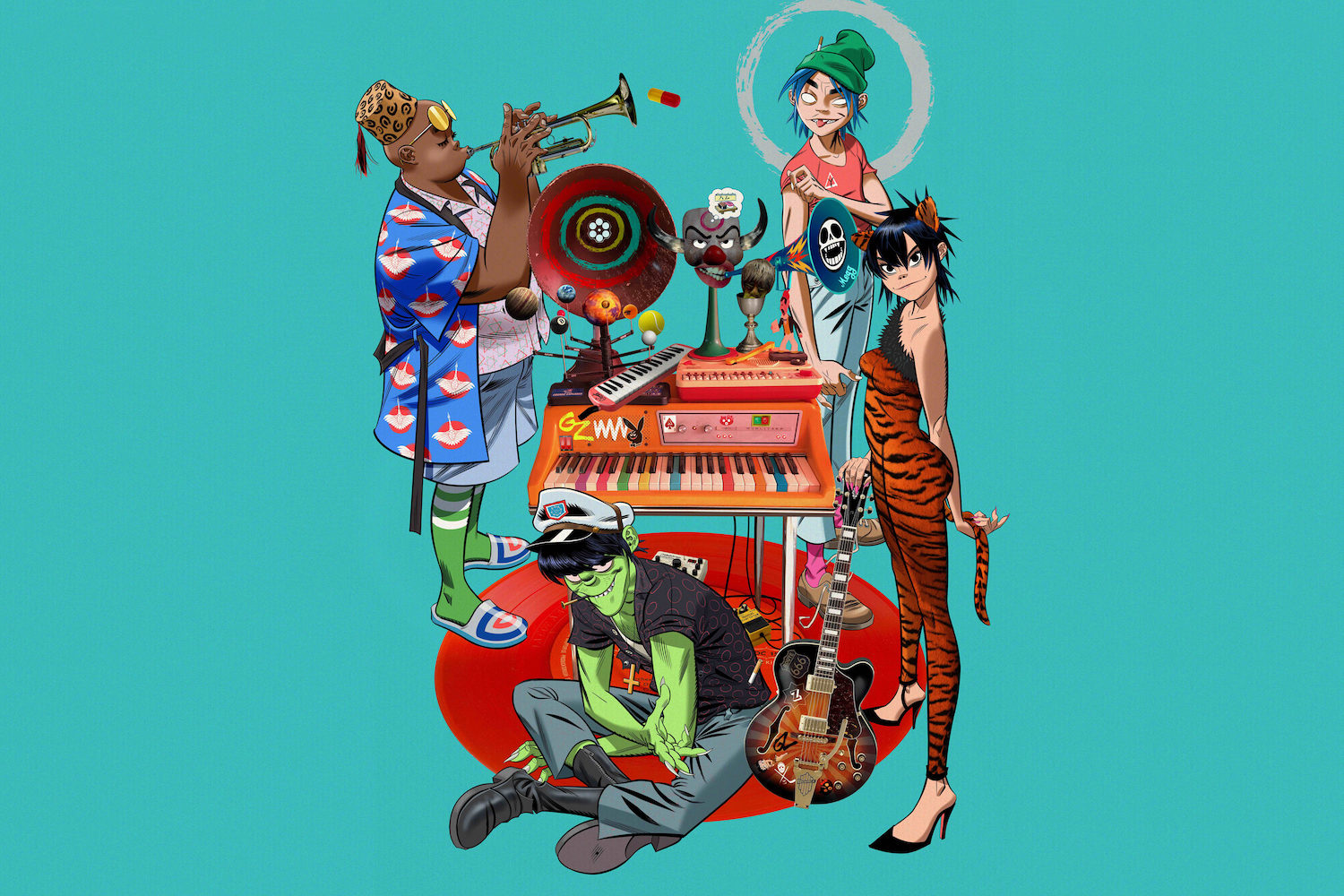 The virtual band led by Damon Albarn, Gorillaz, have released the single ‘Strange Timez‘ with the renowned frontman of The Cure, Robert Smith. The release is the latest installment of Gorillaz’ ‘Song Machine’ series that started back in January.

The 10-episode project by the Albarn-led band has seen them collaborate with artists such as slowthai, Slaves, Fatoumata Diawara, Peter Hook, Georgia, and Octavian. This single formidably closes the series in which celebrates the successful twenty years of Gorillaz. This collaboration is one you wouldn’t expect but is creating hype within both fanbases.

Gorillaz announced the collaboration by posting the artwork of the track which sees the band members transform into astronauts on the moon.

We could not be more excited as this first season of Gorillaz’ Song Machine comes to an end. With amazing collaborations, the British virtual band continues to dominate with their own artistic lane. We will keep you updated on any further news by the band, and in the meantime check out Strange Timez below: