Grimes is selling a ‘fraction of her soul’ at auction 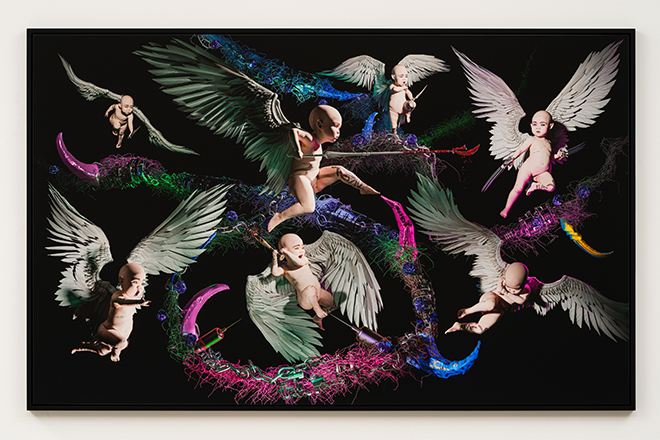 Grimes has announced details of her first ever art show, called Selling Out.

It features a collection of drawings, prints, photographs, video and conceptual pieces made by the Canadian artist, who made headlines recently after she and Elon Musk named their newborn baby X Æ A-12, before changing it to X Æ A-Xii.

Read this next: Grimes and Elon Musk's baby's name is part inspired by Burial's 'Archangel'

Among the collection is a conceptual piece also titled 'Selling Out', which is a lawyer approved contract containing a “fraction of her soul” which will be sold to the highest bidder.

A press release from Maccarone states that it formalises “the idea that every time an artist sells a piece of their art, part of the soul is sold with it. The purchaser will enter into a contractual agreement that outlines the terms of ownership and ultimately the connection to the joy of artistic expression.”

Read this next: An artist has painted your favourite drum 'n' bass and jungle DJs

Speaking to Bloomberg, Grimes said: “I didn’t want anyone to buy it, so I said we should just make it $10 million and then it probably won’t sell”. She then changed her mind after consulting her lawyer, saying that “the deeper we got with it, the more philosophically interesting it became”.

The art show will be hosted by Gallery Platform Los Angeles across May 28 to June 3 and Maccarone Los Angeles from May 28 to August 31.