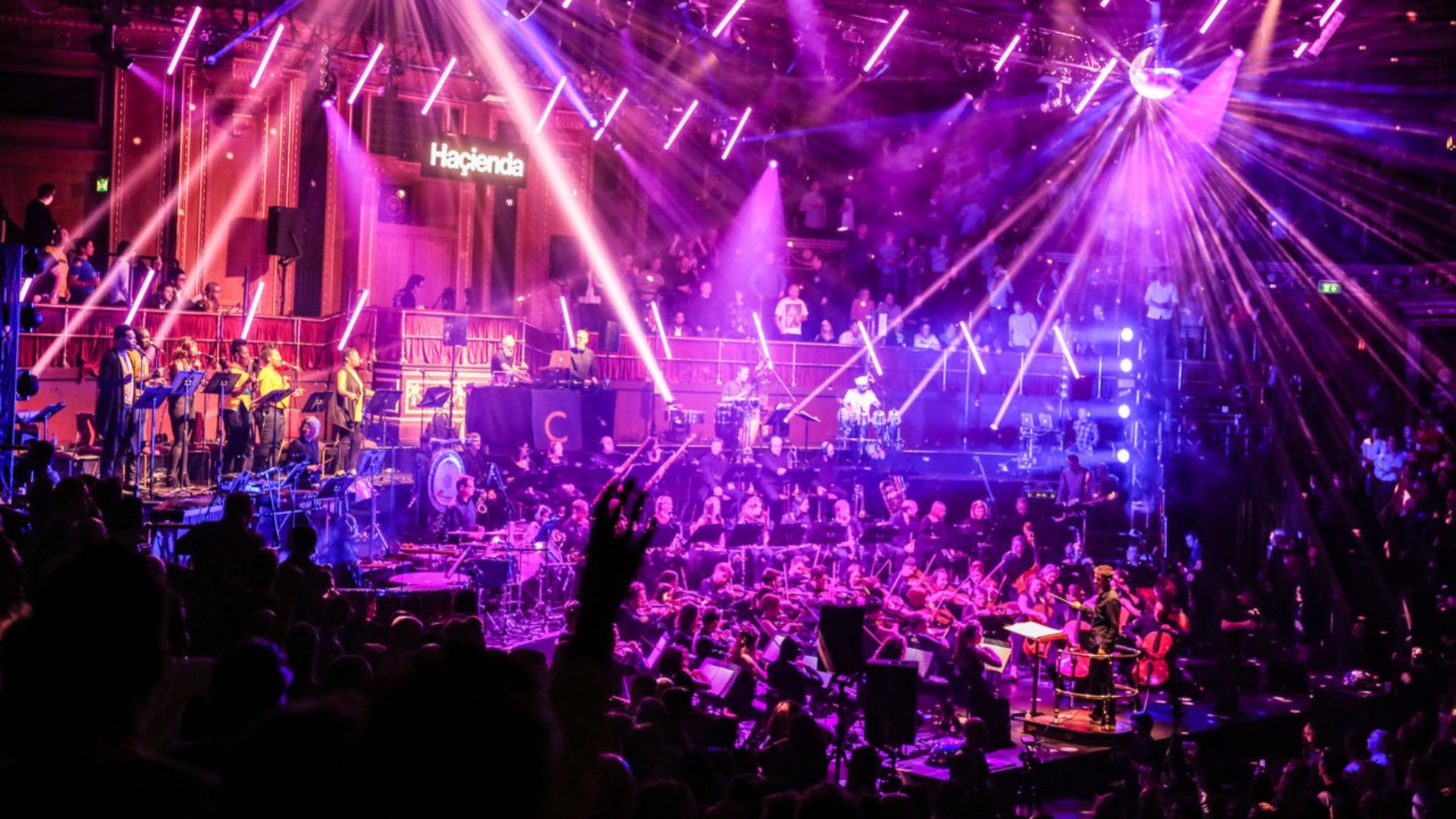 The third summer of love doesn’t seem like a far-fetched idea for UK party people anymore, following the comeback of their favorite festivals and venues during late summer.The 80’s and 90’s rave nation can also relive their best moments of the most iconic venue of the era, as Haçienda Classiçal revealed a set of tour dates for 2021.

Recently voted as one of the UK’s top historic sites, Manchester’s Haçienda was a safe haven for a young generation who wanted to belong and looked for a place to unite and have a time of their lives. Although it first opened in 1982, the legendary dancefloor was busy between 1986 and 1997 during the so-called Madchester era. Financed by Factory Records and indie rock band New Order, it became one of the first British clubs to start playing house music, thanks to DJs like Greg Wilson, Dave Haslam, Graeme Park and Mike Pickering. Since its launch in 2016, Haçienda Classiçal mesmerized the audience with orchestral renditions of well-known club classics from the iconic venue’s heritage, and brought new additions and versions of the most essential tracks on stage. The live concerts are run by former Joy Division and New Order bassist Peter Hook, and feature a 70-piece orchestra, several DJs like Graeme Park and Mike Pickering, as well as a cast of astonishing singers. They are going to team up with the Manchester Camerata Orchestra to bring back several house anthems such as Inner City‘s ‘Good Life‘ or ‘Ride On Time‘ by Blackbox, with a classical twist.

“After a year of frustration, I’m excited that Haçienda Classical is back to thrill the nation with positivity and love […] I’ve never been more ready to return to the stage with the whole crew to share the joy with some big new songs as well as some massive favourites too. I’m pretty sure the country is ready to share the love too.”

The first concert will be happening on August 29 in Blackpool, Cricket Ground, followed by a show on September 25 at Castlefield Bowl in Manchester. On October 15, famous London venue Printworks will welcome Haçienda Classiçal, while
SSE Hydro in Glasgow is going to give home to the concert on October 16. The final date is November 12 at Mayfield Depot in Manchester. Most recently, they streamed an iconic NYE house party with the likes of Inner City, Phuture, Carl Craig, Danny Tenaglia, David Morales, Moby, Todd Terry and many other legends. They also paid a special tribute to Frankie Knuckles in conjunction with The Frankie Knuckles Foundation by replaying his 2013/2014 NYE Albert Hall Manchester set.

Without a doubt, 2021 Haçienda Classiçal is going to be another unforgettable experience, bringing older and younger generations together for one purpose only: house music all night long.

General tickets go on sale at 10am on April 8, make sure you register for a pre-sale on April 7 here.